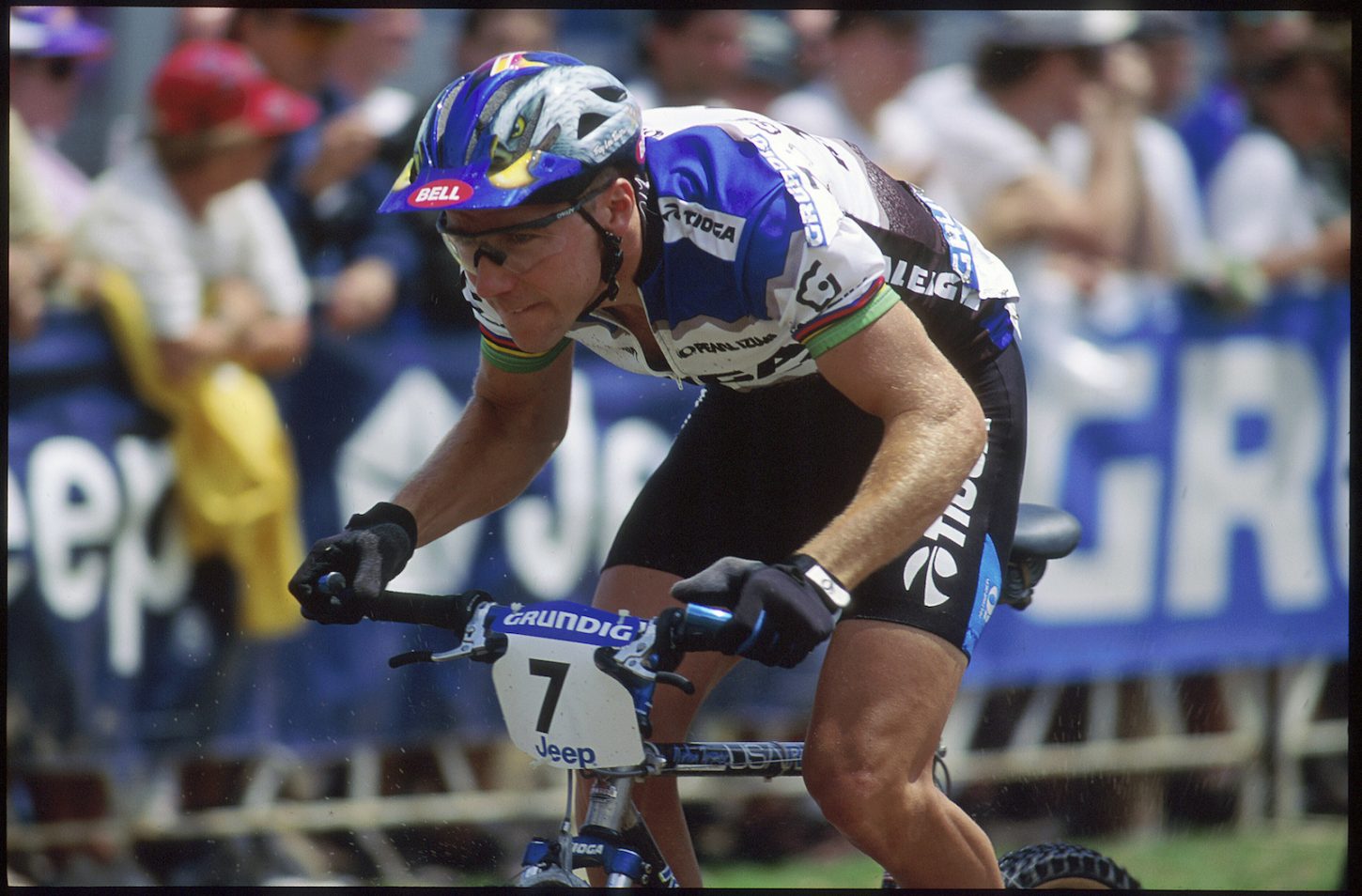 11 Oct 2017
By Campionissimo - In FEATURED ARTICLES, LATEST ARTICLES, THE PODIUM

The Bell All-Stars campaign focuses on the rich history of the athletic and racing pursuits of some of its “All-Star” athletes who have competed in Bell helmets and inspired generations to pursue greatness. The campaign, consisting of feature videos and accompanying written stories, has profiled some of America’s first and finest champions in road and track cycling, including Craig Schommer, Mike McCarthy and Leonard Harvey Nitz, and now expands from the road into the dirt with a rider who is considered among the greatest mountain bike racers of all time— 1991 World Mountain Bike Champion John Tomac.

“Anyone who followed mountain bike racing through the 1990s likely remembers not only John Tomac’s versatility across a wide number of disciplines, but also that throughout nearly his entire career he competed in a Bell helmet,” said James Hibbard, Marketing Manager for Bell Helmets. “This made John a natural fit for the All-Stars campaign, and after spending some time with him at his ranch I was impressed not only by his results on the bike, but also by who both he and Eli are as people.”