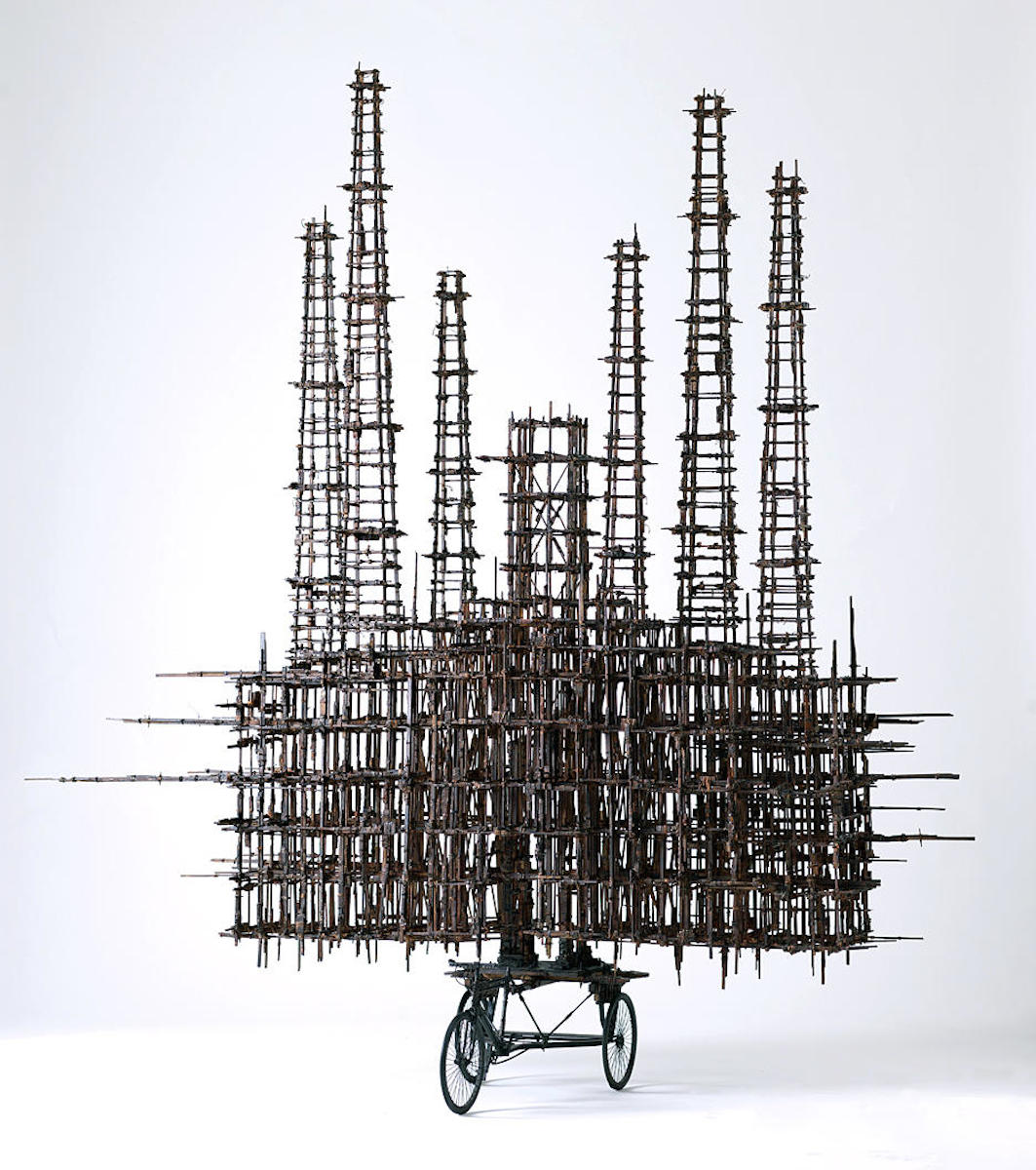 This series of sculptures titled BENGAL from the Calcutta-born artist Gerry Judah, reflect upon the issues of poverty, identity, displacement and loss – emotions the artist say greatly impacted his youth.

Commissioned for the TIPPING POINT exhibition at Wolverhampton Art Gallery in the UK, the sculptures comprise temples, pylons and monuments remade from different media, including coal and ash – symbols of an earlier India that has now become a fully-developed country.

However, the artistic portrayal of a country in ascendance does not tally with Judah’s experiences, “it seems to me that there are some people in India getting richer and richer and there are a great many people getting poorer and poorer. And it’s those who are more affected by climate change impacting on people so hard, that they’re trying to patch up whatever they can to just deal with it.”

Judah’s maternal and paternal grandparents came from Baghdad to settle in the already established Baghdadi Jewish community in India and Burma. His mother was born in Calcutta and his father in Rangoon. Judah himself, was born in Calcutta in 1951, but grew up in West Bengal before his family moved to London when he was ten years old.

As a boy, the dramatic landscapes of India and the ornate architecture of its temples, mosques and synagogues with their theatrical rituals had a profound effect on Judah’s developing psyche, elements that would later resurface in his own work.

Meanwhile, austere London, still in its post-war drab, proved to be a shock to the young Judah, choosing to spend most of the time in his bedroom conjuring up imaginary landscapes, architectural fantasies and futuristic cars with pencils and paper, spawning the desire to become an artist.

After finishing Whitefield Secondary Modern School in London, Judah worked in a number of jobs from kitchen porter to architectural draftsman, after which he went on to study Foundation Art and Design at the Barnet College of Art before obtaining a degree in Fine Art at Goldsmiths College at the University of London. He later studied sculpture as a postgraduate at the Slade School of Fine Art, University College London.

After college, Judah set up a studio in the theater district of London’s West End. There, he began to work on large sculptures.

Amongst a number of commissions from public museums and institutions, Judah was asked by the Imperial War Museum in London to create a large-scale model of the Auschwitz-Birkenau concentration camp for the Holocaust Exhibition opened by Queen Elizabeth II.

Extensive research and numerous visits to Auschwitz led him to produce work that encouraged his art into yet a new direction.

Indeed, returning to his fine art beginnings, Judah began creating large three-dimensional paintings that reflected the devastation that war and the ravages of mankind had caused on the environment – particularly the recent conflicts in Eastern Europe and the Middle East.

FRONTIERS, ANGELS, MOTHERLANDS, BABYLON, COUNTRY and THE CRUSADER were the titles of some of these works, which were exhibited in galleries throughout the UK and New York.

Judah began his BENGAL series of bicycle sculptures in 2013, which he steadily contributed to over the years – right up until the present.

Judah continues to live and work in London.