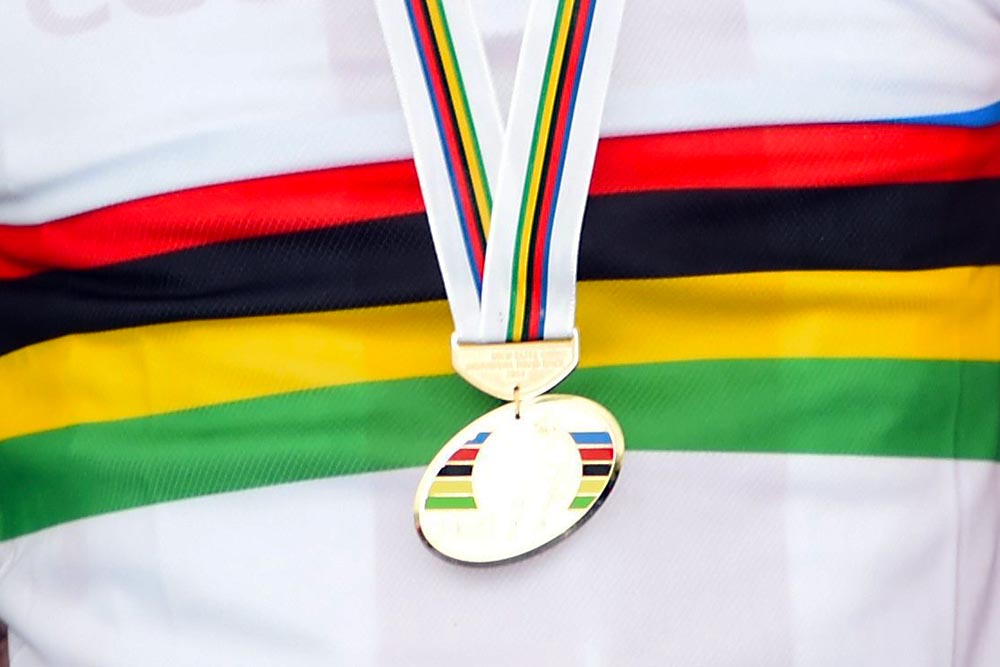 The UCI Road World Championships is eight days of pure cycling spectacle. Each host city brings its own special flavour to the event and Bergen, Norway, the host of the 2017 UCI Road Worlds, will certainly do the same. This will be the second time Norway has hosted the event, with the first taking place in Oslo, in 1993.

The UCI World Championships are the one time every year when athletes set aside trade team rivalries and don national colours to represent their country. Unique among sports, the winner of the world title in cycling is awarded the rainbow jersey, which they will wear during competition for the following 12 months, identifying them as the UCI World Champion, and adding their name to a select list of cyclists.

Women and men compete for world titles in two events at the UCI Road Worlds – the individual time trial, a race against the clock, and the mass start road race. Athletes are divided into age categories – Junior, Under-23 (men only) and Elite – for a total of ten world titles awarded. Since 2012, the UCI World Championships have begun with an event for men’s and women’s trade teams – the team time trial.

Tens of thousands of fans come out to watch the races over the course of the week, beginning with the time trials and culminating in the Elite Men’s road race; this year on Sunday, September 24th. One of the special things about cycling is that you can watch all the races for free, moving around the course to catch the riders in different places (while the majority of each circuit is free, there are certain key spots that require tickets, which are available through the organization website). Certain sections tend to attract the most fans – such as on the climbs or near the finish line – so you will need to get there early to grab a good spot.

It’s always a good idea to study the circuit map before you go, to determine transportation options, and where facilities such as toilets, food and drink, or souvenir stands are located. One favourite fan zone is always around the team buses near the start of each race, where the riders warm up before their event. This is where, if you are in the right place at the right time, you can get an autograph or even a photo with your favourite rider. You can pick up a program or download and print off a map from the organization website.

Often, different nationalities or fan clubs pick a location and make it their own – the Dutch and the Norwegians are particularly famous for doing this, but this year the entire course will be Norwegian, with fans wearing their traditional Viking horned helmets! All the groups are happy to welcome visitors … and explain why their riders are the best!

Many of the fans bring national flags, or banners supporting a favourite rider, lending to the colour of the event. While this is encouraged, it is important to make sure that flags or banners on the ends of poles do not impede the riders as they go by, or interfere with other spectators.

However, make sure you don’t forget to enjoy Bergen outside of the racing! Bergen – known originally as Bjørgvin – is the second largest city in Norway and is called the City of Seven Mountains (even though there are actually nine mountains!). It includes the aforementioned mountains, fjords and islands and is nearly 1000 years old. Despite being quite far north, the Gulf Stream keeps the weather mild.

While you are there, try to visit the centuries old original Bryggen district (rebuilt in mediaeval style) that made Bergen an important trading post; now a UNESCO World Heritage Site. While you may not want to fight the massive crowds on Wednesday (September 20th), when the Elite Men finish their time trial at the summit of Mount Fløyen, you can visit other days, taking the Fløybanen funicular tram to top, where you can see all of Bergen laid out below you. Bergen is also the street art capital of Norway, visited by Banksy and Norwegian artist Dolk, so be sure to watch out for this form of artwork around the city.

Finally, you will need to eat and drink, so make the most of the local cuisine! In 2015, UNESCO designated Bergen as a City of Gastronomy, so there is lots of choice, particularly in the always fresh seafood. For a real treat, visit Cornelius, situated right by the sea on a small island with spectacular views of the fjord, mountains, skerries, and passing boats and ships (catch the ferry at Bryggen). For something lighter, enjoy a coffee and a “Skillingsbolle”, a typical Bergen cinnamon bun, at one of Bergen’s many coffee shops. For a large selection of local Scandinavian beers, try Henrik Øl og Vinstove, a beer lover’s dream. Finally, try the city’s famous fiskesuppe (fish stew) in the heritage Bryggen district.