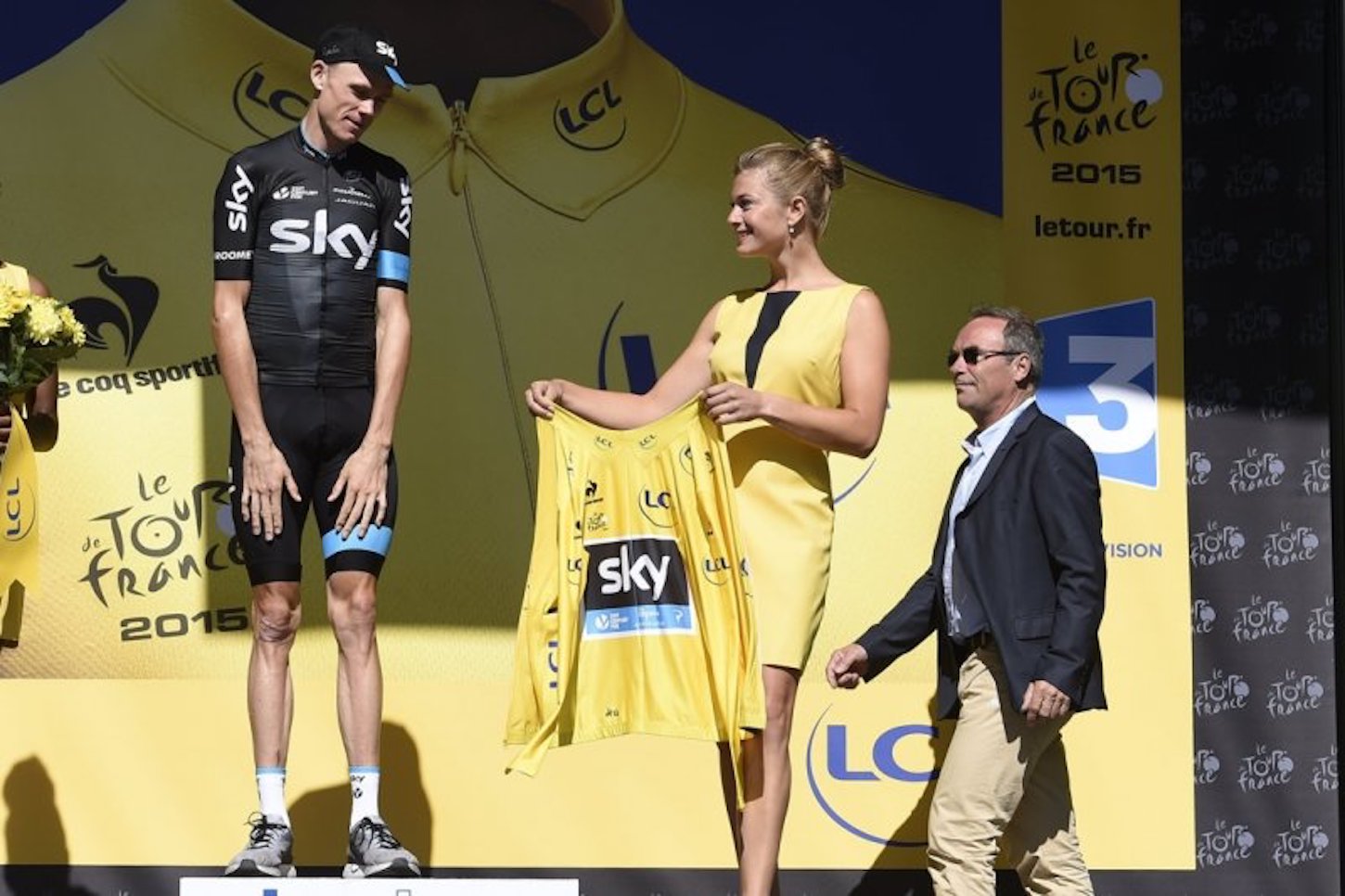 Bernard Hinault has fueled tensions in the peloton, urging riders to strike if Chris Froome rides in next month’s Tour de France.

Indeed, the five-time Tour de France champion has called for riders at this year’s race to go on strike if Team Sky’s Chris Froome is on the start-line, while his Salbutamol case continues.

Froome returned an adverse analytical finding for excessive levels of the asthma drug Salbutamol during last year’s Vuelta a Espana, casting a shadow over the British rider’s head while the incident came under investigation by cycling’s governing body, the Union Cycliste Internationale (UCI) and the World Anti-Doping Agency (WADA).

Since Salbutamol is not banned by either organization, Froome has been free to continue racing while the drawn-out case continues.

Froome won the Giro d’Italia last month making him one of the few riders to claim all three Grand Tour titles, and the first Briton.

He fully intends to race in this year’s Tour, where he will seek a fifth victory, which would put him alongside Hinault and other cycling luminaries such as Eddy Merckx, Jacques Anquetil and Miguel Indurain for the most wins in Tour history. But Hinault is adamant that Froome should not be allowed to participate while the investigation is still ongoing.

“The peloton should dismount and go on strike saying, ‘If he’s at the start, we’re not starting!” Hinault told French newspaper Ouest France.

“The peloton is too nice. Others have been sanctioned with everyone in agreement, but they will not sanction him because it is an (adverse finding)? No, it is not…”

Under anti-doping rules, Froome has the right to try to explain the results of the test, and has insisted he did not take more than the permitted number of doses from his Ventolin inhaler. Froome’s sample, taken after stage 18 of La Vuelta, contained twice the permissible limit of Salbutamol.

Hinault added, “Ventolin, perhaps it’s not a big thing, perhaps that’s not what won him the Vuelta a Espana. We don’t know. But it’s banned (at those levels) – and that’s it. The rules are the same for everybody.”

Froome’s case would have ordinarily been kept confidential, but news of the adverse finding was leaked last year, sparking the ongoing controversy over whether he should still be racing.

UCI president David Lappartient has been among those to say Froome should have been sidelined, either by himself or Team Sky, while saying his own hands are tied.

Froome won the Giro last month with a stunning solo attack on stage 19 part of a late comeback in the final few days, becoming the first Briton to win the Italian Grand Tour.

He is now seeking to become the first rider to triumph in a Giro-Tour double since the late Marco Pantani did in 1998.