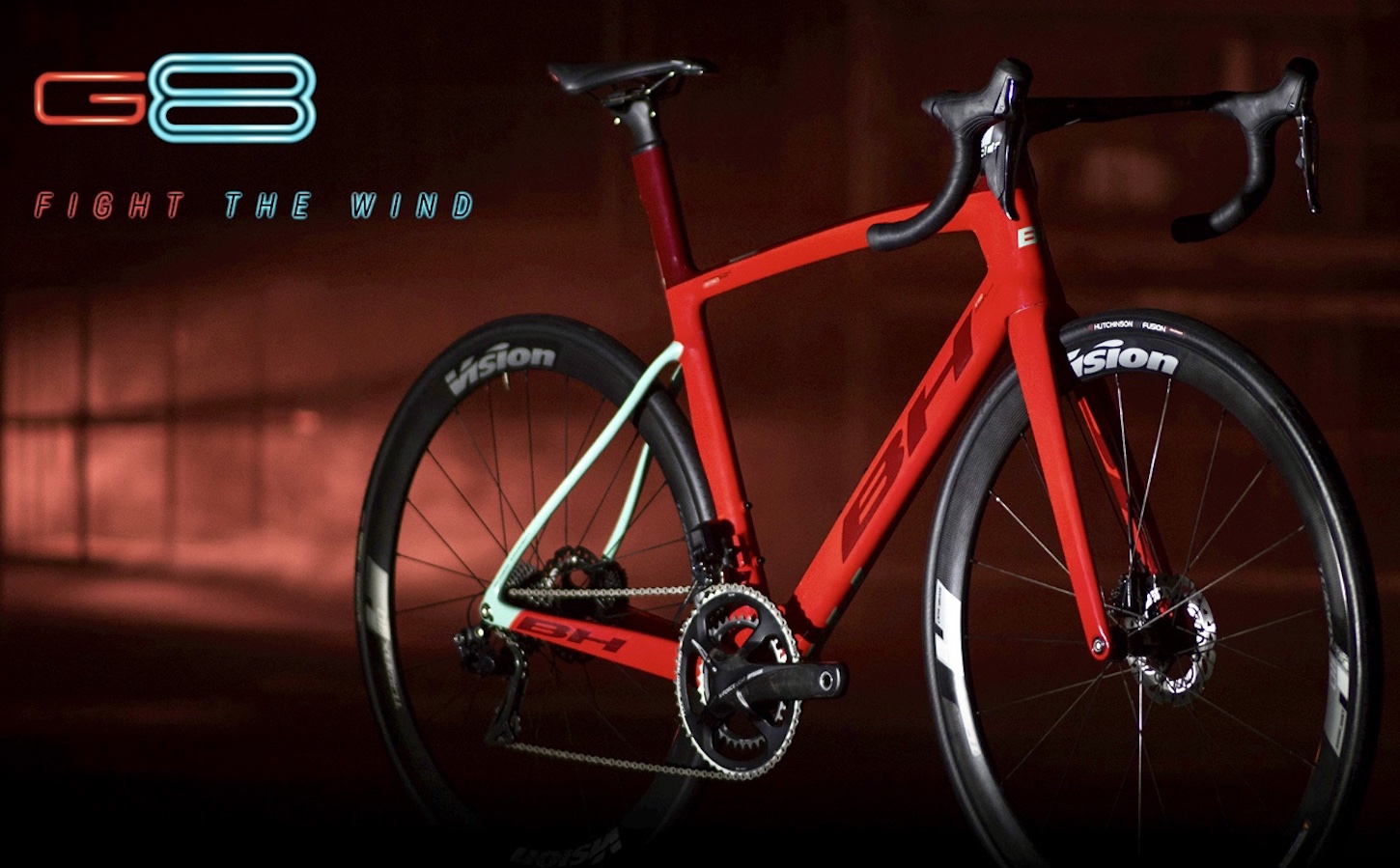 Bearing a striking resemblance to its out-going predecessor the G7, the new G8 Disc features a revised, hour-glass shaped headtube that routes all cabling (both mechanical and electronic) directly into the frameset for a clean, seamless look.

In addition to the new headtube, BH has also refined many of the frame’s tube profiles including revised Kammtail shapes and thinner seatstays via computational fluid dynamics and extensive wind tunnel testing to give the G8 Disc better wind-cheating capabilities.

The structure of the frame itself, continues with BH’s sophisticated Hollow Core Internal Molding technology, but with a slight 20g reduction in weight for the G8, giving it an even more impressive weight of just 850g.

The same BB386 bottom bracket, 1.5″ tapered carbon steerer, semi-integrated seatmast, flat mount disc brakes and 12mm thru-axles with hidden levers carry over to the new G8 Disc, along with clearance for tires up to 30mm.

According to BH, the G8 Disc is offered in three complete “builds”, the range-topping Shimano Di2 equipped G8 Disc 7.5, complete with a one-piece FSA Metron 5D ACR integrated handlebar and stem, K-Force carbon cranks and 40mm Vision Trimax carbon wheels, the G8 Disc 7.0 that comes with a Shimano Ultegra Di2 groupset, FSA’s ACR cockpit with an alloy NS stem and carbon SLK compact bar, K-Force carbon cranks and the brand’s own 50mm Evo carbon wheels, while the more affordable G8 Disc 6.5 has a mechanical Ultegra groupset, an alloy version of the ACR bar and stem and a set of Shimano RS370 aluminum wheels.

Pricing and availability for the US market has yet to be announced.

You can learn more about the new G8 Disc by clicking on the link below.