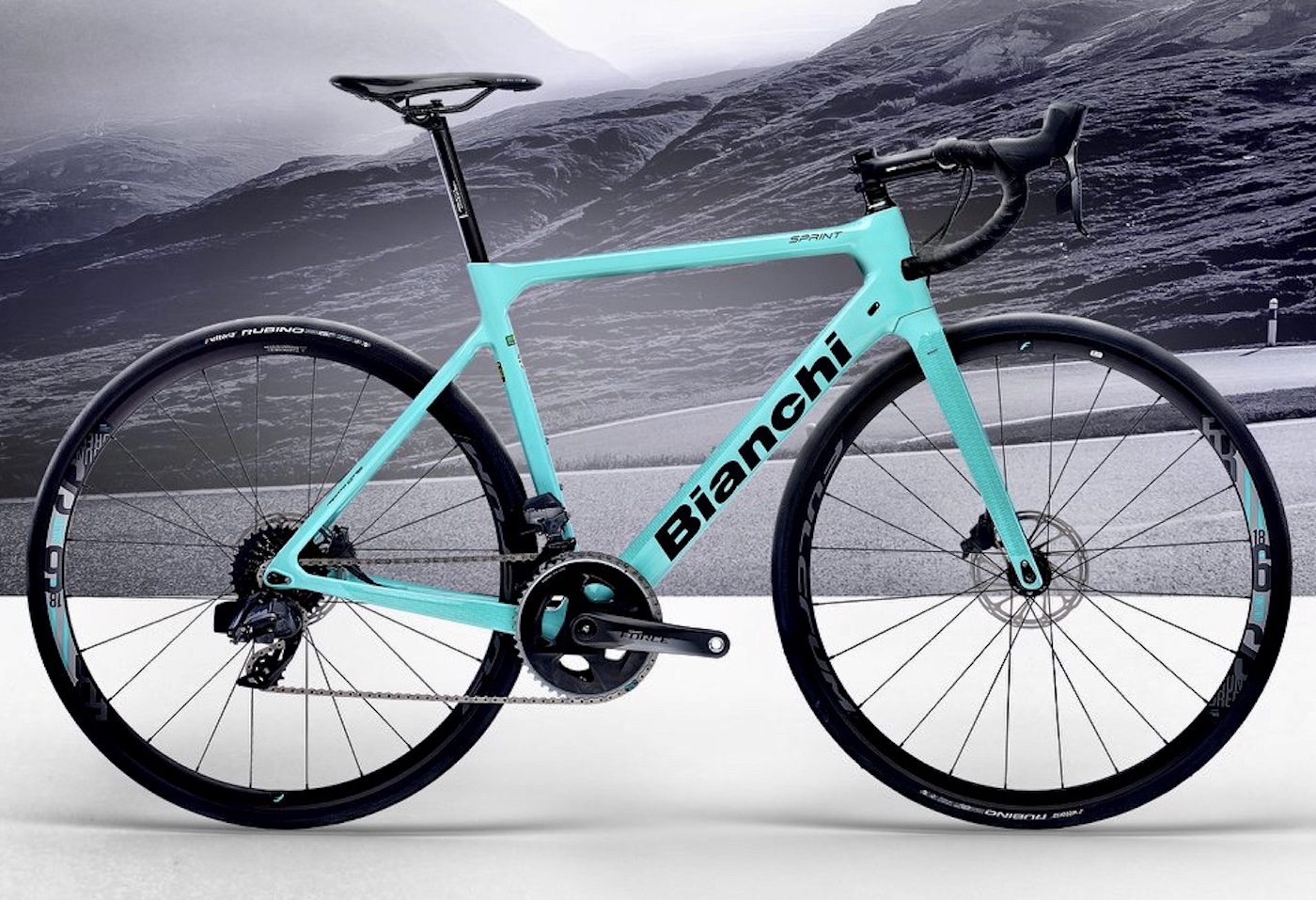 Bianchi has launched a new road bike called the Sprint, which harks back to a previous steel model offered by the vaunted Italian brand in the early 1970’s.

The Sprint features a lighter carbon fiber construction and a more race inspired geometry over the out-going Sempre Pro it replaces, as well as options for either rim or disc brakes.

“The carbon monocoque frame is constructed around a racing-specific geometry, providing an aggressive platform from which to chase down attacks, launch breakaways and sprint for mid-race primes,” says Bianchi. “The aerodynamic profile of the head tube acts as further evidence of the Sprint’s elite racing DNA.”

Key features that hightlight the new Sprint are a PressFit bottom bracket, full internal cable routing, a 27.2mm diameter seatpost, flat mount calipers and 12mm thru axles front, along with tire clearance up to 28mm for the rim brake version and 32mm for the disc brake variant.

According to Bianchi, the Sprint’s frame weighs in at 1,000g for the rim brake model and 1,050g for the disc brake, while the rim brake version is available in eight sizes (44cm-61cm) and the disc in seven (47cm-61cm).

Bianchi is offering the Sprint in a number of different builds, with pricing for the US market to be announced.