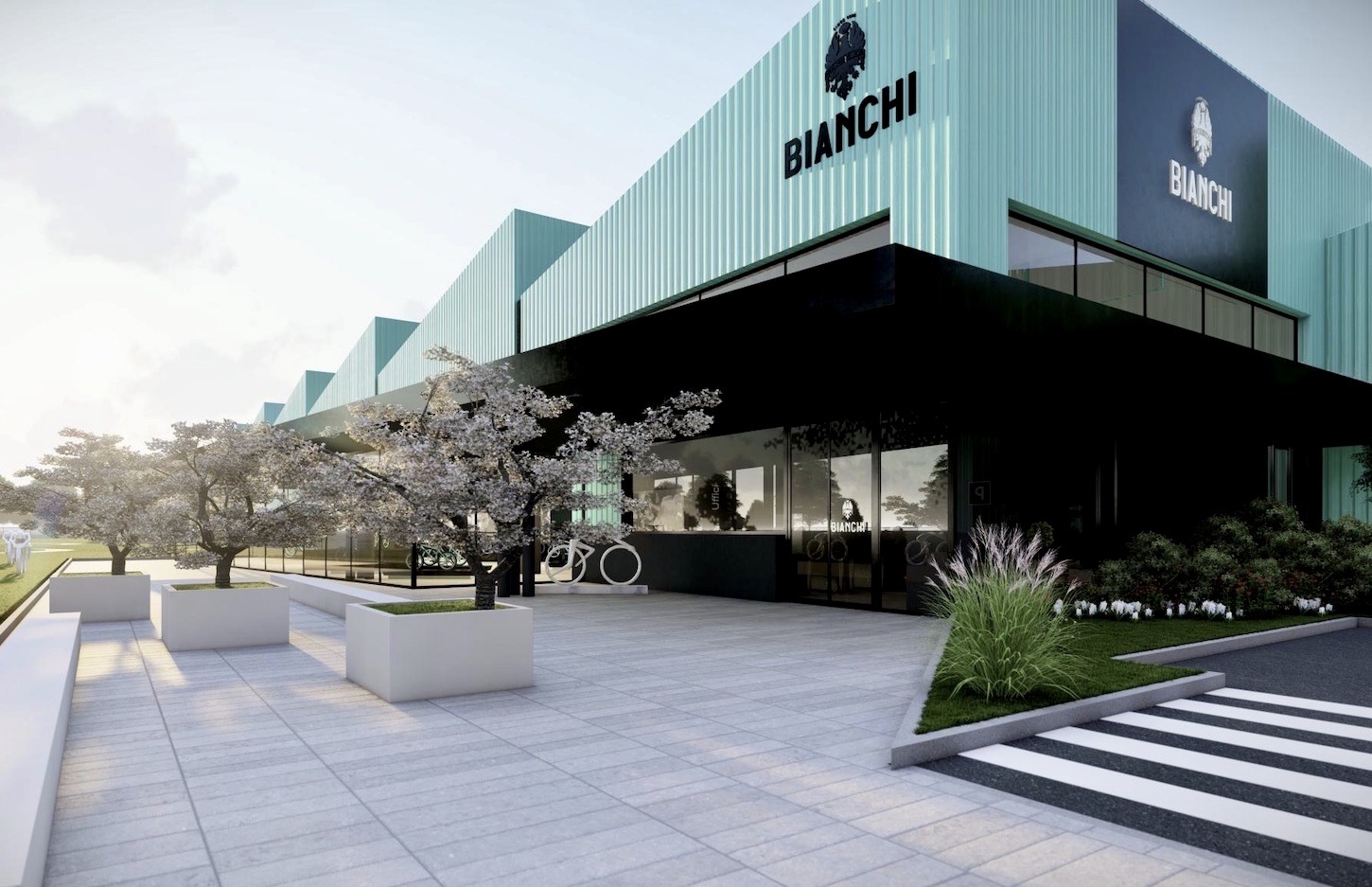 The construction of Bianchi’s new, 17,000 square meter production facility started in November, with the goal of stepping-up its assembly capacity from 250-300 bicycles today to 1,000-1,500 units, while the new factory will also house a state-of-the-art carbon fabrication facility

“Growing and developing companies is the challenge that fascinates me more than any other, and today we are embracing a new one: creating at Bianchi one of the most advanced bicycle manufacturing plants in the world,” said Salvatore Grimaldi, President and Owner of Bianchi.

“We feel proud to have chosen Treviglio for this renewal and for our future. Treviglio will be home not only of a technological and designer factory, but of a leading, ambitious company with a global vision.

“The new Bianchi factory will cover an area of 30,000 square meters, of which more than 17,000 will be dedicated to production. Key to Bianchi’s vision and strategy is the beginning of a re-shoring process, bringing back to Italy the technical and production capacities that had been outsourced outside of Europe in the previous decades,” added Scalzotto.

The new headquarters and the increase in production capacity will also bring a significant upside to the territory, starting with obvious and valuable benefits to employment. At full capacity, the new site will employ more than 250 people among clerks, technical resources and production personnel.

For the first time, the new Bianchi venue will host a Bianchi Museum, which is certain to attract significant interest from tourists, bike enthusiasts and followers of the cycling brand par excellence. An important opportunity for Treviglio and its territory, as stressed by Mayor Juri Fabio Imeri.

“Bianchi’s choice to remain and invest in Treviglio is a great opportunity for the area, because it strengthens the local turnover and level of employment, and further binds the name of a world-leading company to our city. We also like the idea of establishing an even stronger collaboration with the Bianchi Museum, which has the potential to attract thousands of people to our territory”.

“The added value of this operation, however, is certainly related to the choice of the urban regeneration path,” Imeri continued. “With this investment, the headquarters will be completely regenerated, without soil consumption and reducing the environmental impact nearly to zero. That’s a meritorious and far-sighted choice, consistent with Bianchi’s glorious history“.

The overall investment for the urban redevelopment project and creation of the new production plant is over €40 million. The work in the new area was started in November 2021.