Bicycle Doorings Are a Problem That Just Won’t Go Away 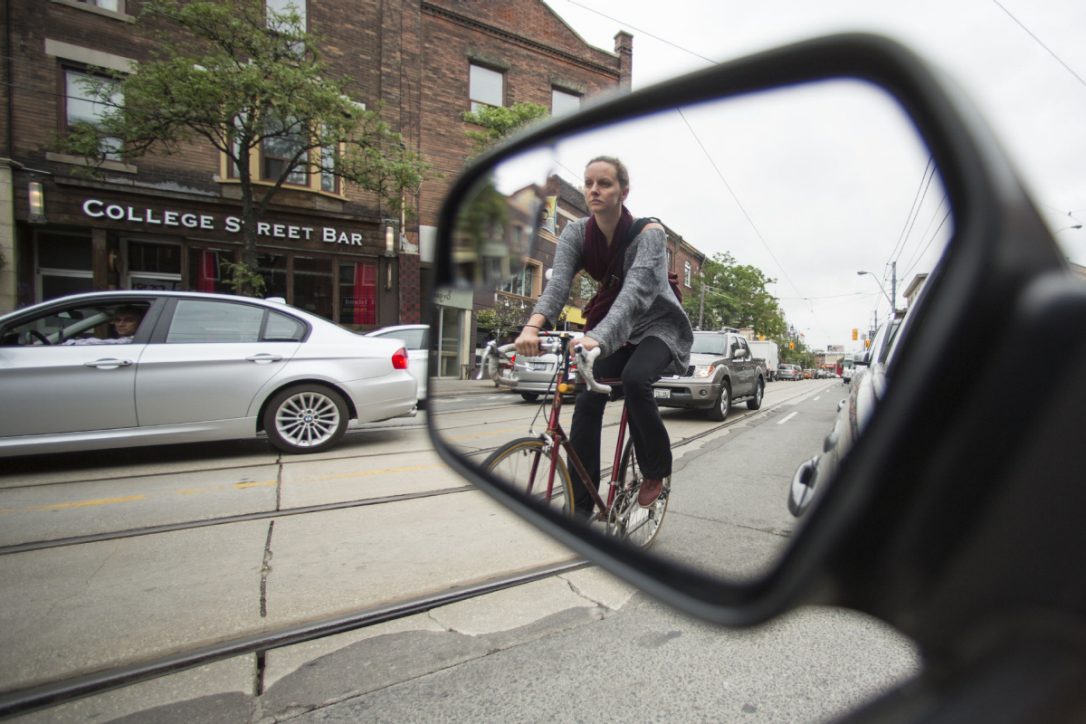 The urban bicyclist rides in perpetual fear of having a door flung open into their path. Sadly, the number of such incidents is going in the wrong direction. Between 2014 and 2015 the number of reported doorings in Chicago rose by 50 percent. In Chicago, more than 300 bicyclists were doored in 2015, the last year for which figures are available.

This grim figure is consistent with our firm’s experiences. Dooring cases are by far the most common type of bike crash cases in which we get involved. We are regularly successful. Two recent cases stand out; one for the severity of the injuries and the other for the identity of the driver involved. Earlier this month we resolved a dooring case for $350,000. It arose from a crash that took place in March 2015. Our client was riding her Breezer city bike northwest bound in the marked bike lane on North Lincoln Avenue just north of Halsted Street. She was coasting at a chill pace. Traffic to her left was backed up but the bike lane was smooth sailing. That is until a passenger in a Honda CRV minivan threw open his door into the bicyclist’s path. She never saw it coming, the door like a stealth jaguar pouncing from the shadows, threw her from her bike and into a car parked close by. Her collar bone shattered and would require surgical reassembly. She also had a torn rotator cuff and broke two of her ribs. Her medical bills exceeded $100,000. We aggressively pursued claims against the driver and the passenger. Our case against the driver was premised on the legal requirement that he exercise due care to avoid striking a bicyclist with his car. In this circumstance, “due care” required that he pull to the curb to drop off his passenger. Disembarking a passenger into a clearly marked bicycle lane was not care of any kind. As to the passenger, Illinois law is quite clear that “No person shall open the door of a vehicle on the side available to moving traffic unless and until it is reasonably safe to do so, and can be done without interfering with the movement of other traffic.” 625 ILCS 5/11-1408. Eventually, the driver’s auto insurer paid $100,000 and the passenger’s paid $250,000, the full amounts of their respective policies, to compensate our client for her injuries.

EVEN THE POLICE GET IT WRONG

The second case, which also resolved recently, involved a bicyclist being doored by a Chicago police officer. The collision occurred on April 10, 2014 at around 4:50 p.m. The weather was clear and pleasant. The sun was still shining. Tina Danzy, a very experienced city cyclist, was riding her bicycle in the clearly marked, dedicated bicycle lane southwest on South Blue Island Avenue. When she reached 1412 South Blue Island, the police officer who had parked her vehicle along the curb to the right of the bike lane in front of the police station, suddenly opened her door into Ms. Danzy’s path. The door sprung opened so quickly that there was nothing she could do to avoid it. She sustained a deep facial laceration requiring sutures and injuries to her tailbone, thigh and right hand. The City of Chicago initially disavowed any responsibility for causing Ms. Danzy’s injuries so it was necessary for our law firm to file a lawsuit. CBS Chicago reported on the lawsuit our firm filed. Somewhat surprisingly, the officer involved gave an interview to the CBS reporter claiming that Ms. Danzy “did not have the right of way.” We were not contacted to comment on the story. The idea that Ms. Danzy “did not have the right of way” was nonsense. Bicyclists have the right to travel along the right side of roadways in Chicago and utilize the bike lanes provided for that purpose. Drivers, on the other hand, have a duty, under both the Illinois Vehicle Code and the Municipal Code of Chicago, to look before opening their doors, as the police officer involved was no doubt aware.

Police officers have the same duty as the rest of the citizenry to follow the law. The officer who injured Ms. Danzy failed to look for bicycle traffic in the bike lane which she undoubtedly knew was immediately to the left of her vehicle. As a result, she caused the crash and the resulting injuries. After years of litigation, the matter proceeded to arbitration where a three-judge panel found in favor of our client and against the officer and the City.

Incidents like these illustrate that the recent increase in dooring incidents must be taken seriously. There have been efforts locally to educate drivers, passengers, and bicyclists. It is especially disturbing that both of the incidents highlighted here occurred despite the presence of marked bicycle lanes. Hopefully, the increase in the number of barrier protected bike lanes in Chicago will help reduce dooring incidents. Still, the megaphone with which the message is made to drivers needs to be turned up to 11. Dooring can cause serious injury, even death.

Let’s educate all drivers to look before opening their doors. Let’s post signs in business districts where curbside parking is prevalent reminding drivers and passengers to look before exiting their vehicles. Let’s erect billboards highlighting the “Look” for bicyclists message. Let’s remind all bicyclists to ride at least three to four feet away from parked vehicles, and drivers of their right to do so.