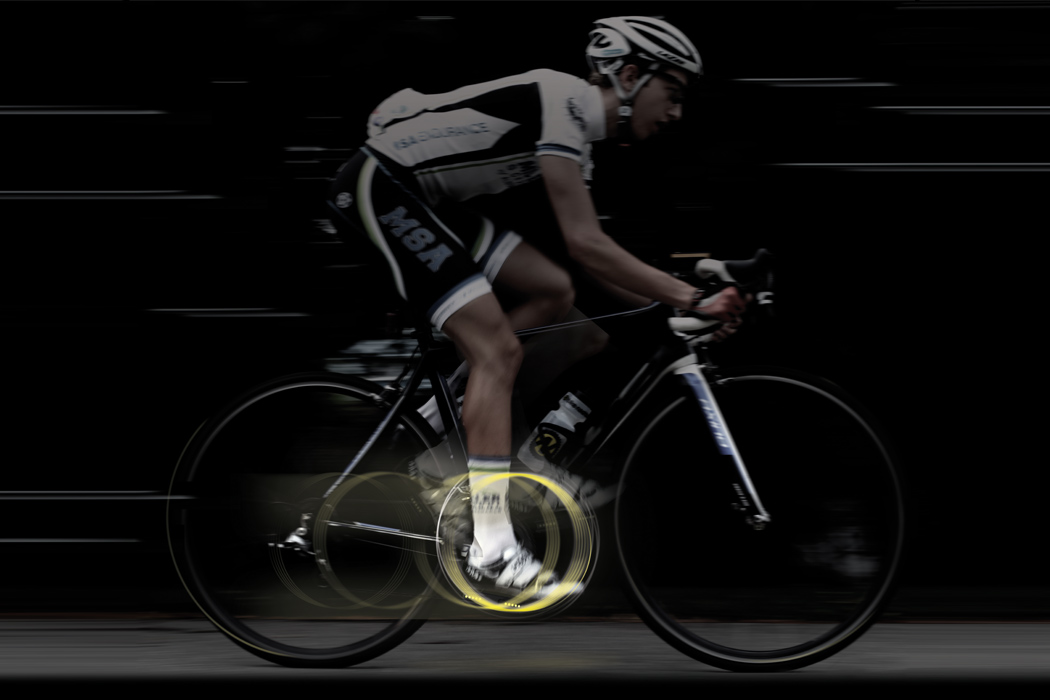 However, the Bicycle Winker is a new piece of cycling technology that makes the darkened roads safer for both cyclists and drivers alike.

Winner of a prestigious RedDot award in 2015 for technology and design, the Bicycle Winker picks up where most bells and lights leave off, by providing a series of LED lights that not only illuminate the bike, but also serve as a highly visible means of notifying others on the road that a cyclist is turning.

The Bicycle Winker functions via a Bluetooth-connected series of LEDs that replace the bike’s normal pedals. And, by using a discreet set of buttons on the ends of their handlebars, each pedal can serve as a turn signal, thus allowing riders to safely keep their hands on the bars while turning.

Riders typically use hand signals to indicate their actions and directions. Letting go of the handle is hazardous and can lead to dangerous incidents. With its unique ability to signal in all directions, BICYCLE_WINKER is superlative to conventional cyclist indicators. The LED indicators (the ‘blinkers’) spin in an axial movement as a dynamic signal is reflected from the sides; at the same time, the arrow blinkers indicate the direction of the maneuver to both front and rear traffic.