Bike Fit: The Benefits of Reducing Your Crank Length 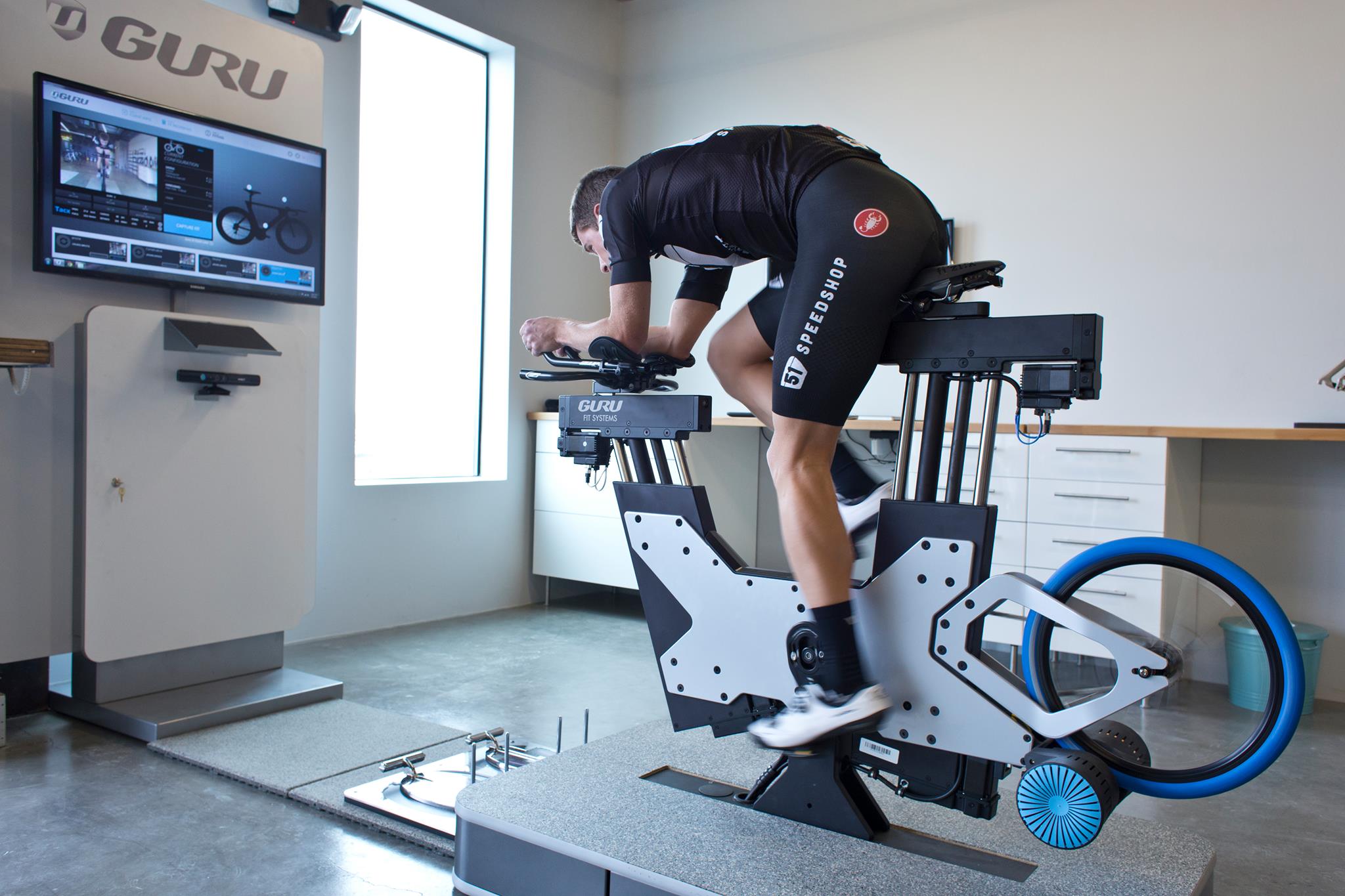 One of the biggest performance upgrades you can make to your bike is a proper fit. Your bike and its contact points must be selected and positioned in a manner that promotes comfort, power and aerodynamics. Remember that speed = comfort + power + aerodynamics. Comfort is defined as the ability to sustain your position for the duration of your event. Power is simply the ability to apply force to the pedals without restriction within a range of accepted biomechanical norms. Aerodynamics are achieved by optimizing front surface area and shape to minimize resistive forces. In this article, I want to discuss how you can use crank length to improve your speed on the bike.

When I present on the topic of crank length, I begin by asking where crank length came from. Where did these lengths that we consider “standard” originate from? There are some theories dating back to the origin of the first push bike, or the length that was optimal for the penny farthing bike (bike with a large front wheel and small rear wheel). Most likely, crank length has just been passed down from one generation to another and over time has just become accepted even though there is no basis for the current “standard” with the current bicycles we ride today.

There has been a lot of great research lead by Jim Martin and John McDaniel on the topic of crank length. During the initial study, Martin1 looked at max power and found there was no difference between 145 to 195mm crank lengths, he did note that there was less oxygen (O2) uptake with the shorter cranks.

In the next step, McDaniel et al.2 looked at efficiency and setup a study where cyclists used crank lengths of 145, 170, 195mm, where cyclists pedaled at 40, 60, 80, and 100rpm, at an intensity of 30, 60, and 90 percent of blood lactate. The results showed that O2 uptake increases as pedal rate increases. It’s important to note that pedal rate is not cadence and is defined as the speed of the pedal along it’s axis.

An easier way to think of this would be would be if you took two athletes and placed them on the track. One in the inside lane (we can call this the 145mm crank) and one in the outside lane (the 195mm crank) and both athletes had to run 1 lap (revolution) in 1 minute 30 seconds. The athlete in the outside lane has a greater distance to cover and would have to run at a faster rate than the athlete in the inside lane to both complete one revolution of the track. This would be the same as an athlete pedaling a 145mm and 195mm crank at 90rpm. With the 195mm crank length, the foot speed is higher to cover the revolution at 90rpm compared to the 145mm crank length.

Most report that when they switch to a shorter crank, that their cadence increases. It is theorized that the increase in cadence when moving to a shorter crank length isn’t due to trying to make up for the lack of leverage, but to replicate the foot rate/speed an athlete is accustomed to on a longer crank and to use the extra available O2, which is minimal.

Leverage is another factor to consider. Crank length is only one lever in a series of levers on your bike (wheels, front chainring, and rear cassette). We can change both the front and rear cassette on the fly by shifting gears. Looking at the lever system this way demonstrates how small changes in crank length has minimal impact on the available leverage in this system.

How to Determine Which Length is Best

As with most things regarding biomechanics and physiology, it’s difficult to determine. I would compare it to someone asking what the best knee extension angle is. There isn’t one.

Let’s look at an example. This year’s IRONMAN World Champion, Jan Frodeno has a saddle height of 860mm and rides a crank length of 172.5mm. This seems pretty normal and doesn’t turn any heads. We could even say that Jan doesn’t use a short crank. However, if we took the ratio of his saddle height:crank length and applied it to a smaller athlete such as Rachel Joyce or Mirinda Carfrae (both have a saddle heights around 670mm and ride 165mm crank lengths), they would need to move down to approximately 135mm crank length to maintain Jan’s ratio. If we reversed this and wanted Jan to replicate Rachel and Mirinda’s ratio, Jan would need to bump his crank length up to approximately 210mm.

A less extreme example, take an average person with a saddle height of 750 mm and put them on a 170mm crank. Keeping a similar ratio would put Rachel and Mirinda on a 150mm crank and Jan up to a 195mm crank length. You can break this down however you want…maybe you use limb segment length? What I’m trying to show is that there are big variances in rider size but only a small difference between “acceptable” crank lengths to choose from. And, when you look at crank length from a rider proportion standpoint, some athletes are using crank lengths much shorter than others without a loss in performance.

Due to tradition and consumer availability, we don’t accept these shorter crank lengths as options even though science would support that it would not impact their power output or efficiency. But, shorter crank lengths could make athletes faster on a bike. Crank length can be used as a tool to improve fit related issues impacting comfort, power, and aerodynamics. Moving to a shorter crank can improve:

Comfort: A shorter crank length reduces range of motion at the knee (extension and flexion), hips, and low back.

Aerodynamics: Going to a shorter crank will allow you to ride at a lower back angle which minimizes frontal surface area improving aerodynamics.

It can be frustrating to know that there are many available crank options that would work for an athlete. Trying to decide between a 165 and 170mm crank is a waste of time as there is too small of a difference to matter. An athlete should pick the length that allows them to most comfortably apply force to the pedals without restriction. This is why in the future, I think manufacturers will start making crank lengths in 5 to 10mm increments. Based on tradition, I think the 170, 172.5, and 175mm will stick around, but we are splitting hairs moving in 2.5mm increments. I imagine there is a manufacturer cost component to consider here as well.

To summarize, athletes are free to select a crank length that promotes comfort, power, and aerodynamics knowing that the actual length of the crank will not impact power production or efficiency.

Mat Steinmetz is the founder of www.51-SPEEDSHOP.com, where he and his team of experts help athletes of all abilities in the areas of bike fit, equipment optimization, health analysis, and coaching.

Mat is a regular contributor to our friends at the TrainingPeaks blog, where the article first appeared.