How Does a Bike Stay Upright? 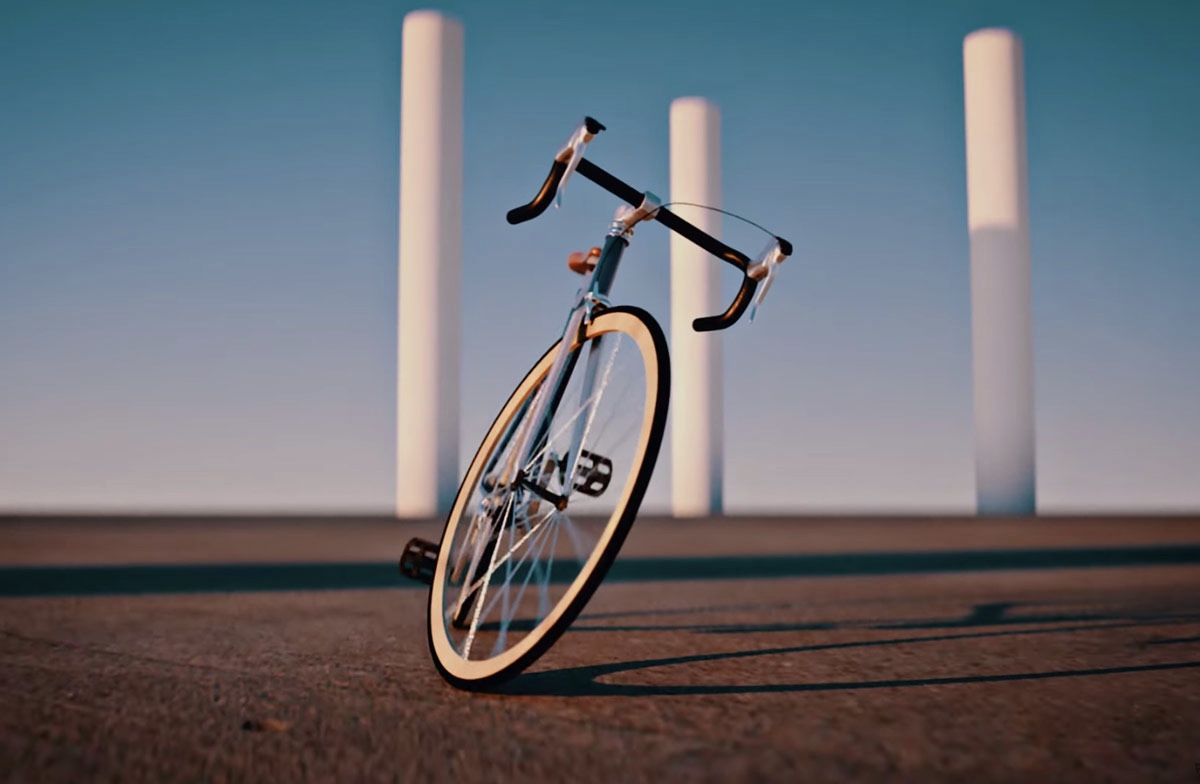 It’s as easy as riding a bike … or so the saying goes. But how do we manage to stay upright on a bicycle? If anyone ventures an answer they most often say that it’s because of the “gyroscopic effect” – but this can’t be true.

Put simply, the gyroscopic effect occurs because a spinning wheel wants to stay spinning about its axis, just as a spinning top or even planet Earth stay aligned to their spin axes. While motorcyclists with their big, heavy, fast-spinning wheels may notice the gyro effect, a modest everyday cyclist won’t because the wheels are much lighter and at a leisurely riding speed they don’t spin quickly enough.

If a pedal bicycle did stay upright because of the gyroscopic effect then any novice getting on a bike could just push off and the bike – and the effect – would do the rest. The simple truth is that you have to learn how to ride, just as you must learn how to walk. Riding a bike is all in the mind.

Now attempt this little experiment: stand on the ball of one foot, using your arms to balance. It’s quite hard. But now try hopping from one foot to the other. It is much easier to keep your balance. It’s called running. What your brain has learned to do is to make a little correction every time you take off so that if, say, you’re falling to the right, then you’ll hop a bit to the left with the next step.

It’s the same with pedalling a bike. When riding, you’re always making tiny corrections. If you are falling to the right, then you subconsciously steer a bit to the right so that your wheels move underneath you. Then, without thinking, you steer back again to stay on the path.

This “wobbling” is perfectly normal. It is more obvious among beginners (mostly children) who wobble around quite a lot, but it may be almost imperceptible in an expert cyclist. Nevertheless, these little wobbles are all part of the process and explain why walking – or riding – on a dead straight line is so hard because you can’t make those essential little side-to-side corrections.

There are some really clever bits in bicycle design to make riding a bike easier, too. Most important is the fact that the steering column (the “head tube”) is tilted so that the front wheel makes contact with the ground at a point that lies behind where the steering axis intersects with the ground. The distance between these two points is called “the trail”.

The trail really helps to stabilise a bike when you’re riding with no hands because when you lean to the right, say, the force at the contact point on the pavement will turn the front wheel to the right. This helps you to steer effortlessly and it allows for hands-free steering by leaning slightly left or right.

But people have built bikes with vertical head tubes and they are perfectly rideable, too. In fact, it’s quite hard to make a bike you can’t ride, and many have tried.

That’s because keeping a bike upright is largely to do with you and your brain – something that’s easy to prove. Try crossing your hands over, for example. You will not even be able to get started, and if you switch hands while you’re riding, be warned, you will fall off instantaneously – something that wouldn’t happen if it were the gyroscopic effect keeping you upright.

Clowns and street performers ride bikes with reverse-geared steering. It takes months of practice to learn how to ride a bike like this, and it’s all about unlearning how to ride a normal bike. It’s amazing how the brain works.

But what about the gyroscopic effect I referred to earlier? Surely it helps a bit? Well, no it doesn’t … unless you’re going pretty fast. There is a well-known demonstration that seems to show how a bike wheel is really affected by the gyroscopic effect but if you do the sums you can show that the effect is nowhere near strong enough to hold you up when you’re riding a bike.

To prove that the gyro effect is unimportant I built a bike with a second, counter-rotating front wheel. I’m not the first to have done this – David Jones built one in 1970. We both had the same idea. Essentially, the backward spinning wheel cancels out the gyroscopic effect of the front wheel, proving that it doesn’t matter and that the only thing keeping you upright is your brain. It’s also a really fun experiment that anyone can do.

So what’s the best way to learn to ride? Well, watching children learning to ride with trainer wheels distresses me because every time one of the stabilisers touches the ground it is an unlearning experience. To cycle, your brain has to learn to wobble, so take off the trainer wheels – and the more you wobble the quicker you’ll learn. Cycling really is all in the mind.