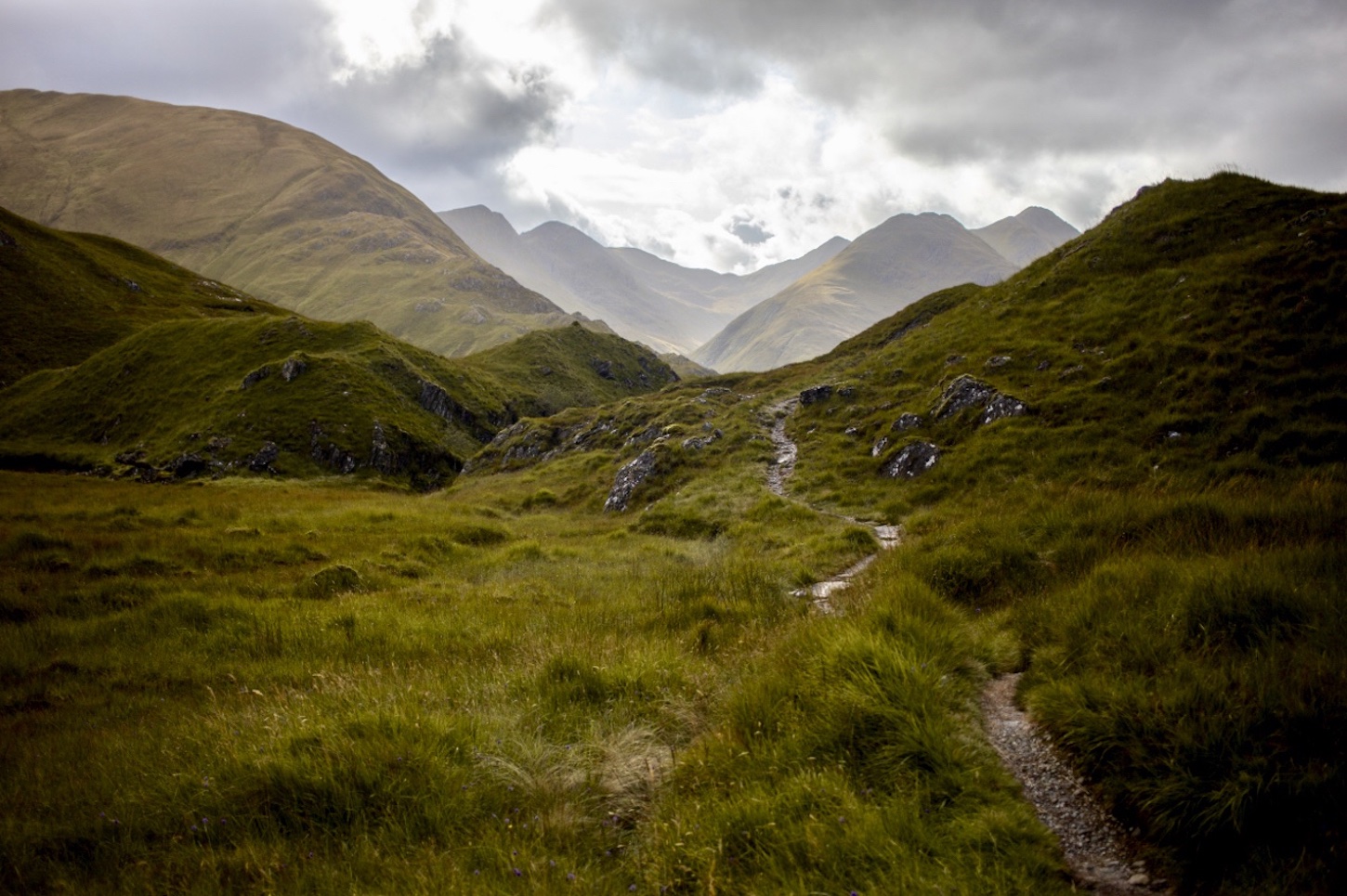 words and photography from Erwin Sikkens

I try to get in at least one multi-week bikepacking adventure a year, and since my last Scottish trip had been fixed to roads – missing out on a lot of the real beauty – I went back with my good friend Bram to ride as much off the beaten track as possible. Two guys in search of solitude and dirt.

Back home I had studied oldschool paper maps, Google Maps and Komoot for days on end, giving us a good idea of where we could find mountain passes, hiking paths and other gravel roads, to ride as much offroad as we could. No fixed route was in place when we set off from Inverness in the north of Scotland. Our plan was that we had no plan, other then to use our map to get from point to point.

As soon as we left Inverness we set sail for the great glen, a series of lochs dividing Scotland in two. It didn’t take long for us to discover that the series of mountain roads overlooking Loch Ness were actually part of the Great Glen hiking route. A famous hiking route that we as cyclists had never heard of before, but it was worthwhile.

That first night we ended up doing a wild camp on top of a windy mountain, as we were set on sleeping in as much bothies as we could find along the way.

Bothies are basic shelters found throughout the UK. They’re often old shepherds homes and mountain huts, now used by hikers and bikers offering them a roof over their heads for the night.

After leaving the Great Glen we turned our eye to the Corrieyairack Pass, where we slept in our first bothy, the Blackburn / Corrieyairack bothy. It felt somewhat strange staying in an abandoned house in the middle of nowhere, but we soon loved it. Especially after we got a fire started using dried blocks of peat left behind by previous visitors.

After the Corrieyairack Pass we turned further south towards the Ardverikie and Corrour estates, setting our eye on the beautiful Staoineag bothy. The route through the estates was beautiful and the ride was quite easy. We resupplied at Corrour train station (the most remote train station in the whole of the UK) and set sail for the bothy, only to find out that the path was so boggy so hiking our bikes was the only option. It would be the first of many hike-a-bikes.

The days that followed took us through a lot of beautiful places like Glen Lyon and the trails into Glencoe. The latter is a popular place among tourists as it’s easily accessible by car, but riding it via the West Highland Way hiking route made it possible to avoid the road used by cars and ride dirt roads through one of the most beautiful places I’ve been so far. The weather turned bad that day, but no rain lasts forever and we eventually hiked up the Devils Staircase – a mountain pass not suitable for a bike ride – in dry and warm conditions. No such thing unpredictable as Scottish weather.

Taking the route west from Glencoe brought us via Fort William (great place for restocking) and Glenfinnan to the Isle of Skye. We had finally reached the coast.

Although beautiful, the route here was a bit too asphalty for our taste. Knowing that the rest of the Isle of Skye is roughly the same, we choose to flee the island via the Skye ferry taking us to another beautiful bothy: Suardalan, just outside of Glenelg.

The terrain got rough and unpaved again from there on out and we were right where we wanted to be. The weather however took a turn for the worse when a tail of a tropical storm hit Scotland for the better part of two days. That day we rode, climbed and hiked our way up the beautiful Glen Affric and were just in time in Camban bothy before the bad weather hit us. There we stayed two nights hiding from the storm. Being out in Scotland don’t get your hopes up on any phone signal. Luckily we bought a pack of cards and a bottle of whisky to kill the time the day before.

Our trip finally brought us back north again via multiple bothies and beautiful valleys.
Near Inverness, as the mountains got lower, the landscape slowly changed into a more friendly, less rugged terrain.

When we reached our imaginary finish line at the Velocity cafe & bicycle workshop in Inverness, we sat down, drank a great cup of coffee and looked back at an amazing, beautiful and rough bikepacking trip.

Scotland is definitely worth it!!

During our trip we weren’t in any rush. We had 2 weeks to ride wherever we wanted to go. Going for long days in the saddle or just quit when we felt like it – mostly when we reached a bothy – it was up to us. We rode days of 100 km, but also days of max 35 km.

Route
We ended up riding the route in 12 days with at least two days of stopping and enjoying for a moment. The routes we rode and highlights we encountered like the bothies we stayed in are bundled in a special Komoot collection: komoot.nl/collection/908465/-bikepacking-the-scottish-highlands

In general wild camping is legal in Scotland because of the right to roam. When in doubt, just ask any local, as people in Scotland are extremely friendly and helpful.

Most Scottish bothies are maintained by the M.B.A. (Mountain Bothy Association). There’s information on all bothies and a map with all locations, as well as information on the bothy code on their website:

The weather in Scotland can be rough and wet even in summer, but rain can also disappear as quick as it came in the first place. In both of my trips there I found Scotland to be cloudy, from time to time sunny, windy and not nearly as wet as you might think. Be sure to bring waterproof clothing though.

Expect rough terrain in Scotland when going offroad. There’s some smooth forest gravel there, but most of the times when you go into the mountains (and you’re gonna go into some mountains when you’re in a place called Highlands), you’re quick to ride on sometimes steep, loose rocks and face some small river crossings.

Given the latter, I’d recommend riding the biggest gear you can. I rode my Exploro with 1×11 setup with my gear going up to 38 x 42 and I often needed all of it. Prepare for some hike a bikes no matter what gear you bring though. Some places are so beautiful they’re worth the walk.

I’d advise on big tires also. Put some 650b wheels in if you can so you can stuff some 2.0 rubber in there. I myself rode Panaracer Gravelking SK 48mm tubeless tyres and they held up great! I wouldn’t recommend riding anything less than 40mm.

I’ve always struggled packing light, especially when I know I’m going to be out and about for a longer period of time and without daily shopping possibilities and town like you see in Scotland. To maximise on bikepacking capacity I asked Bas, a dear friend of mine to make me a custom frame bag to fit my M-sized Exploro frame. The bag held perfectly through all the rough stuff, wets and daily overstuffing. You can visit Bas via www.detour-studio.com and www.instagram.com/detour.studio

Because I always bring too much stuff, I still ended up gearing up with two top tube bags, a large saddle bag, a handlebar bag and two snack pouches that I used for holding my water bottles. I need to learn to bring less stuff with me.

I love to read your comments and answer any questions below.

Hope we can all enjoy trips like these again soon!