BikeTrax Can Track E-Bike Thieves From 1000 Kilometers Away 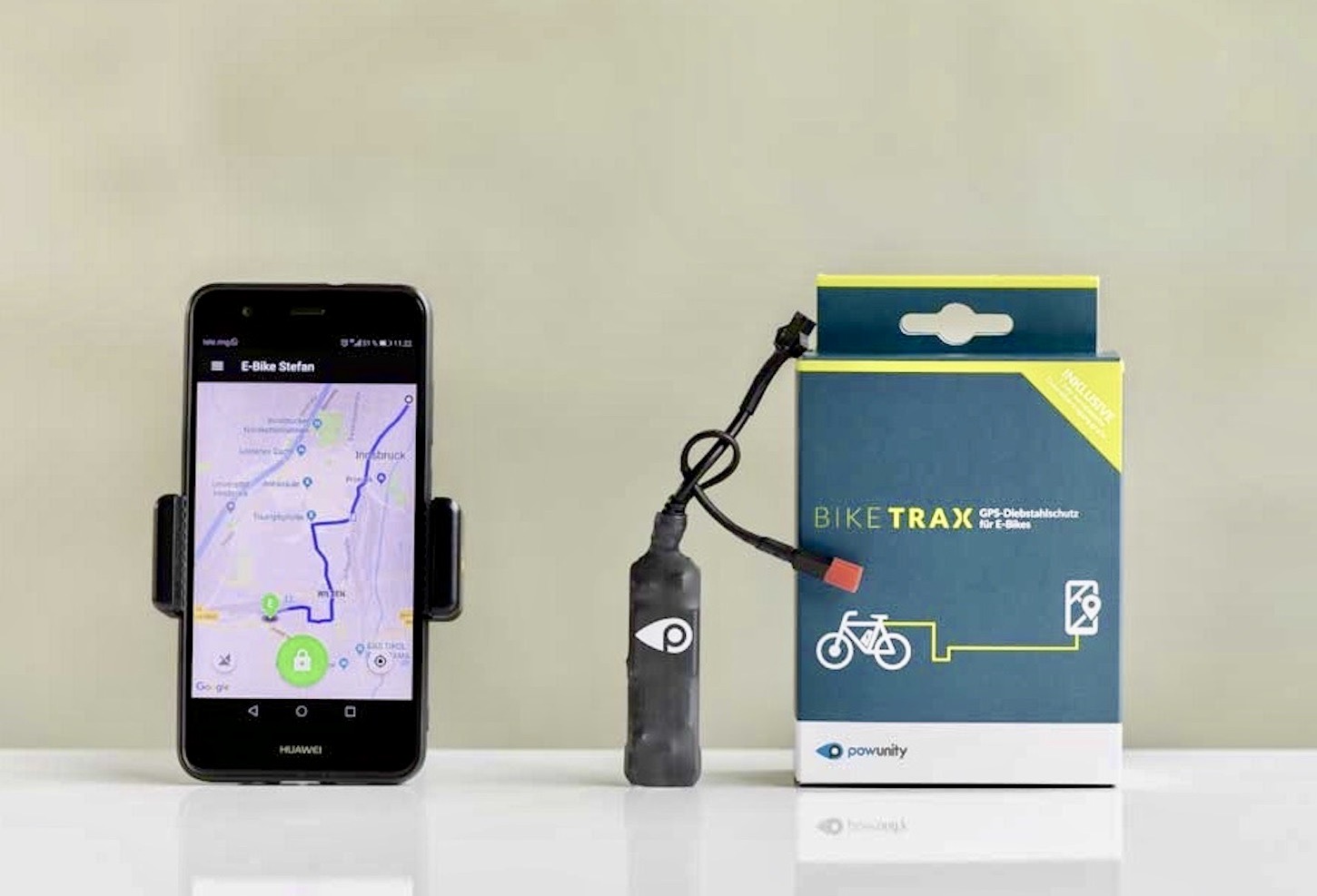 Two e-bikes are loaded into a van while the owners sleep in their camper. Around midday close to Romania, the van door is opened again by the police. How could a gang of thieves have been stopped 1000 kilometers away?

Smart GPS systems are in great demand among e-bike owners. You’ll know why, when you hear about the experience that Alexander Hubing from Germany had. Hubing is a customer of the Innsbruck based company PowUnity and he uses the PowUnity BikeTrax GPS tracker as a theft protection for his e-bike. His story is like a travelogue through Europe. He and his girlfriend were on holiday at Lake Garda when his bike was stolen.

Caught by the police

A gang of thieves cuts through the wire mesh fence of a campsite at 4:50 a.m. and loads two e-bikes into a sprinter. By coffee time at 9:00 a.m., the van is already in Slovenia – filled with more e-bikes. The thieves then continue through the Croatian West Balkans with an average speed 124 km/h. At 12:30 p.m. – shortly before Budapest – the thieves drive southeast to the Romanian border. Just before Hubing can have his aperitif in Desenzano del Garda before lunch, the gang is stopped by the Hungarian border police, 1066 kilometers away from him.

When tracking the bikes, Hubing had given the exact GPS location to various police stations in four different countries. He followed the thieves’ route live in his GPS tracker app until the arrest. Without PowUnity’s BikeTrax GPS tracker, not only his, but a total of 20 e-bikes would have disappeared across borders within a few hours. So are GPS systems the key to solving bike thefts? If only everything was that simple.

Not all GPS Trackers are the same

Even though bike owners today can choose from numerous bike GPS systems, it doesn’t mean that every GPS tracker is equally suitable. “The requirements for reliable tracking are not all equally obvious to the cyclist. There are many performance criteria that make a subtle difference. If there is a lack in the tracking, I wouldn’t count on a happy ending to your Italian holiday”, says Stefan Sinnegger, general manager of the BikeTrax manufacturer PowUnity. Why are some systems more suitable than others?

GPS technology beyond the standard

“A GPS tracker connects owner and e-bike around the clock via the app. The tracker should be hidden inside the e-bike and not on the outside. As soon as the bike is moved without permission, the owner receives a movement alarm on his smartphone: these basic requirements are a standard that does not need to be questioned when it comes to GPS anti-theft devices for e-bikes,” says Stefan.

But that is not the end of the story. The decisive factor is which technology standard the GPS manufacturer relies on. Can they guarantee uninterrupted GPS reception, even across national borders? A well measured transmission interval of the GPS location must not be neglected under any circumstances in the event of theft: “BikeTrax sends a new live location every 10 seconds,” Stefan explains. “Before BikeTrax, many of our customers and partners had tried other GPS systems that only received GPS every few minutes. Now they are our customers.”

In addition, the e-bikes in the white van would have disappeared into nowhere if Hubing hadn’t been able to seamlessly follow the route of his tracker. Because the thieves acted quickly, professionally and chose an inconspicuous border crossing from Hungary to Romania. There was only one thing they didn’t consider: that someone sitting on Lake Garda could see their location down to the meter.

You can get a deeper insight into all the relevant criteria of the BikeTrax GPS tracker at www.powunity.com.