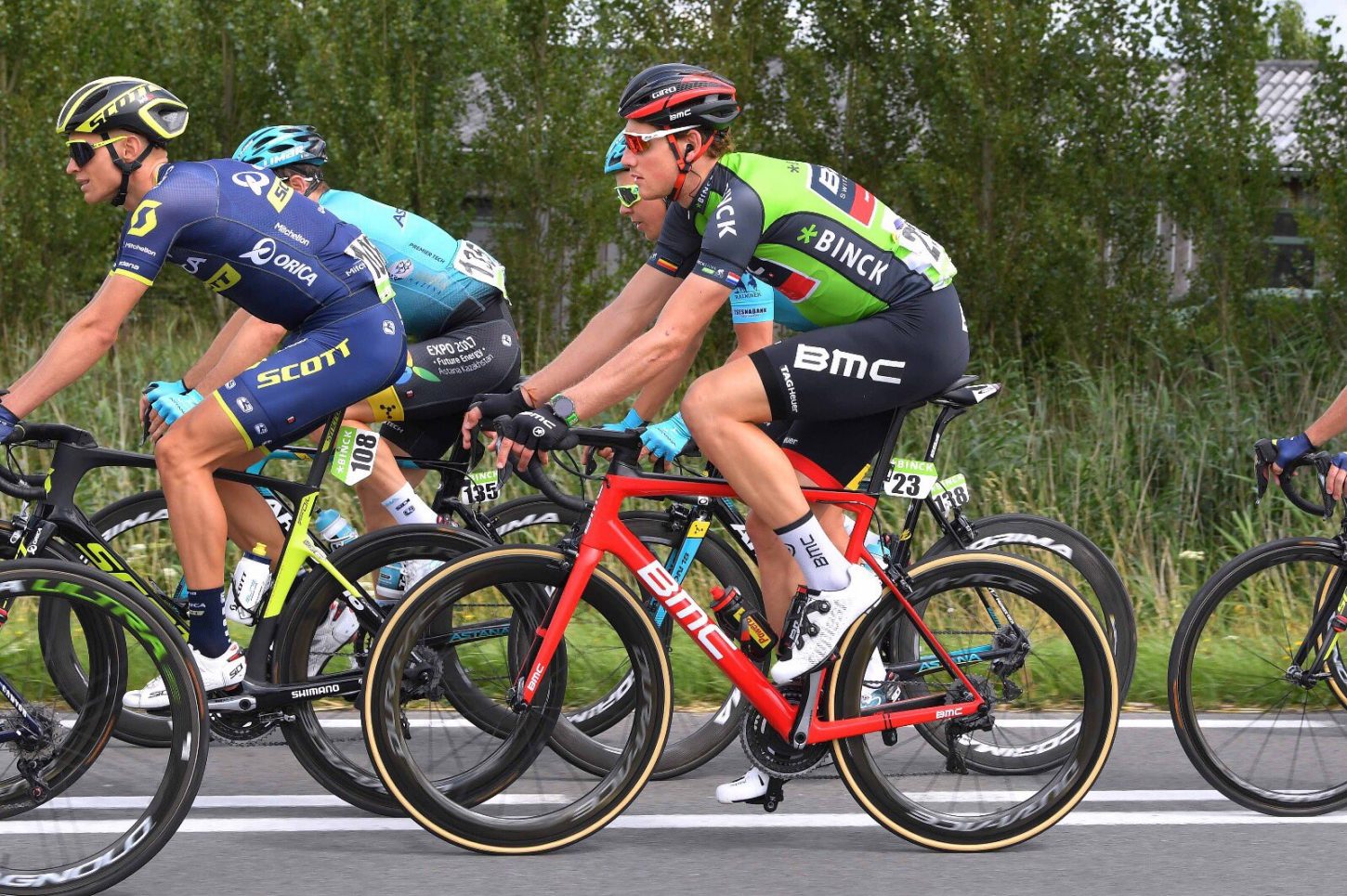 Yves Lampaert (Quick-Step Floors) made a courageous attack with 4 kilometers to go, but despite the Belgian rider’s efforts, he was eventually overhauled by the peloton during the final 100 meters.

Meanwhile, Stefan Küng (BMC) finished safely in the main peloton to remain in the green leader’s jersey, with a four-second lead over Maciej Bodnar (Bora-Hansgrohe).

It took 40 kilometers of racing before things finally became animated, when Greipel (Lotto-Soudal) decided to initiate an escape, taking Pim Ligthart (Roompot-Nederlandse Loterij) and Nils Politt (Katusha-Alpecin) along with him.

However, a vigilant peloton never allowed the trio to establish much of an advantage, later reining them in with 26 kilometers to go.

Team Sky seemed to be particularly interested in keeping the pace high at the front of the peloton, with Ian Stannard‘s effort stringing out the field during the final 20 kilometers, jettisoning numerous riders from the peloton along the way.

After Stannard concluded his pace-setting duties, Sagan’s Bora-Hansgrohe and Küng’s BMC teams took to the front.

The narrow roads and tight bends meant positioning was key, particularly in keeping out of the way of any crashes. Another factor was the number of punctures experienced by riders, with almost a constant flow dropping back to get new wheels from their team vehicles.

Alex Dowsett (Movistar) and Dion Smith (Wanty-Groupe Gobert) broke the lull with an attack with 13 kilometers to go, with no team wanting to take up the pursuit.

However, the duo was eventually reined in with less than 5 kilometers to go, giving way to Lampaert’s canny attack that saw him lead the race into the final 1000 meters before being caught by the swarm of the peloton.