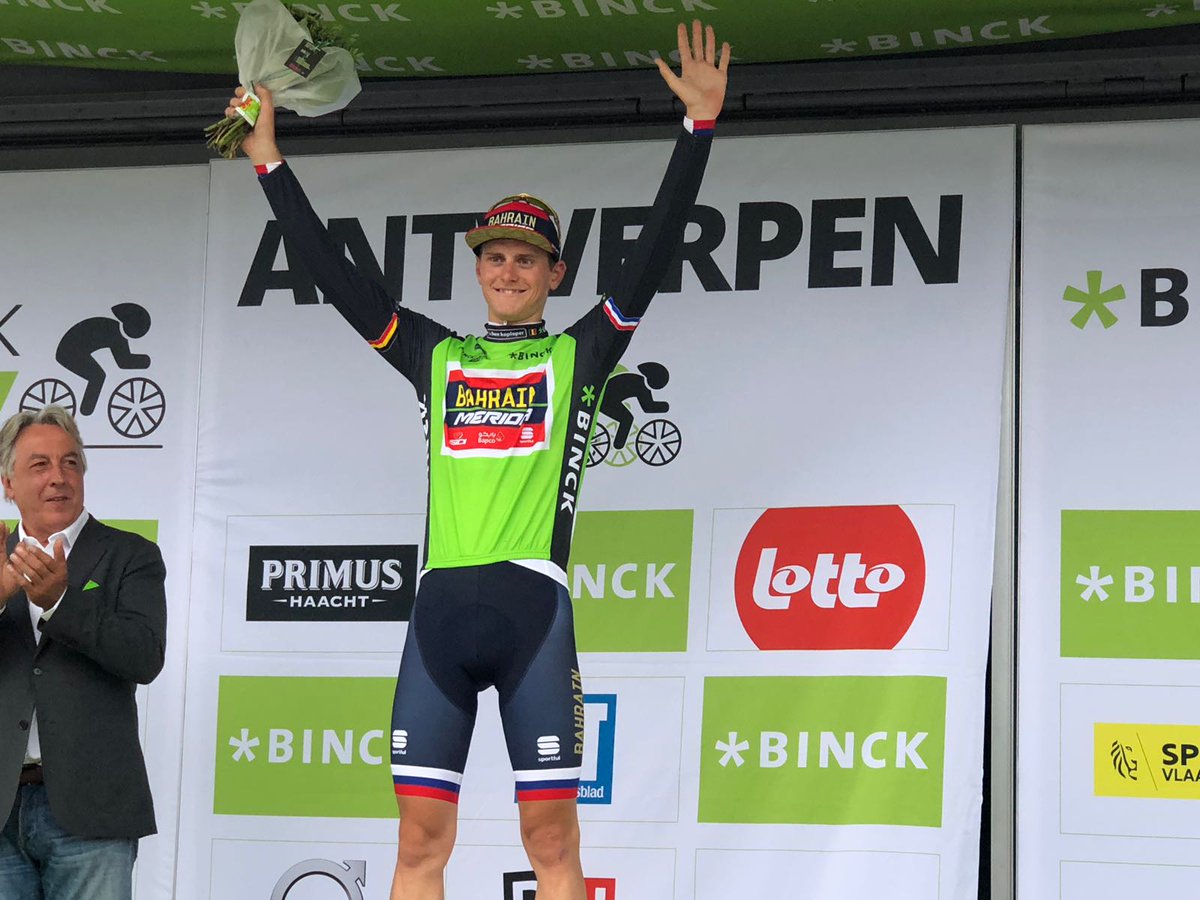 Taco Van Der Hoorn has won the third stage of the BinckBank Tour in Antwerp today, after the Dutch rider escaped from a surviving early breakaway in the final kilometer.

From there, the quintet went on to establish a maximum advantage of 4:30, which turned out to be enough to stay ahead thanks to excellent cooperation within the group.

Despite desperate attempts by the teams of LottoNL – Jumbo, Quick Step Floors and Mitchelton – Scott, working for sprinters like Dylan Groenewegen and Fabio Jakobsen, the peloton completely misjudged the situation. With one local lap to go it was clear one of the five escapees would claim the honours.

Inside the last four kilometers Mohoric tried to escape no less than four times, but every single time Sean De Bie bridged the gap.

Van Der Hoorn then made his move with one kilometer to go. The Dutchman’s attack was successful as he crossed the line to take his biggest win to date. Vantomme beat De Bie in the sprint for second and third. Mohoric takes over the green leader’s jersey in the BinckBank Tour from Stefan Küng.