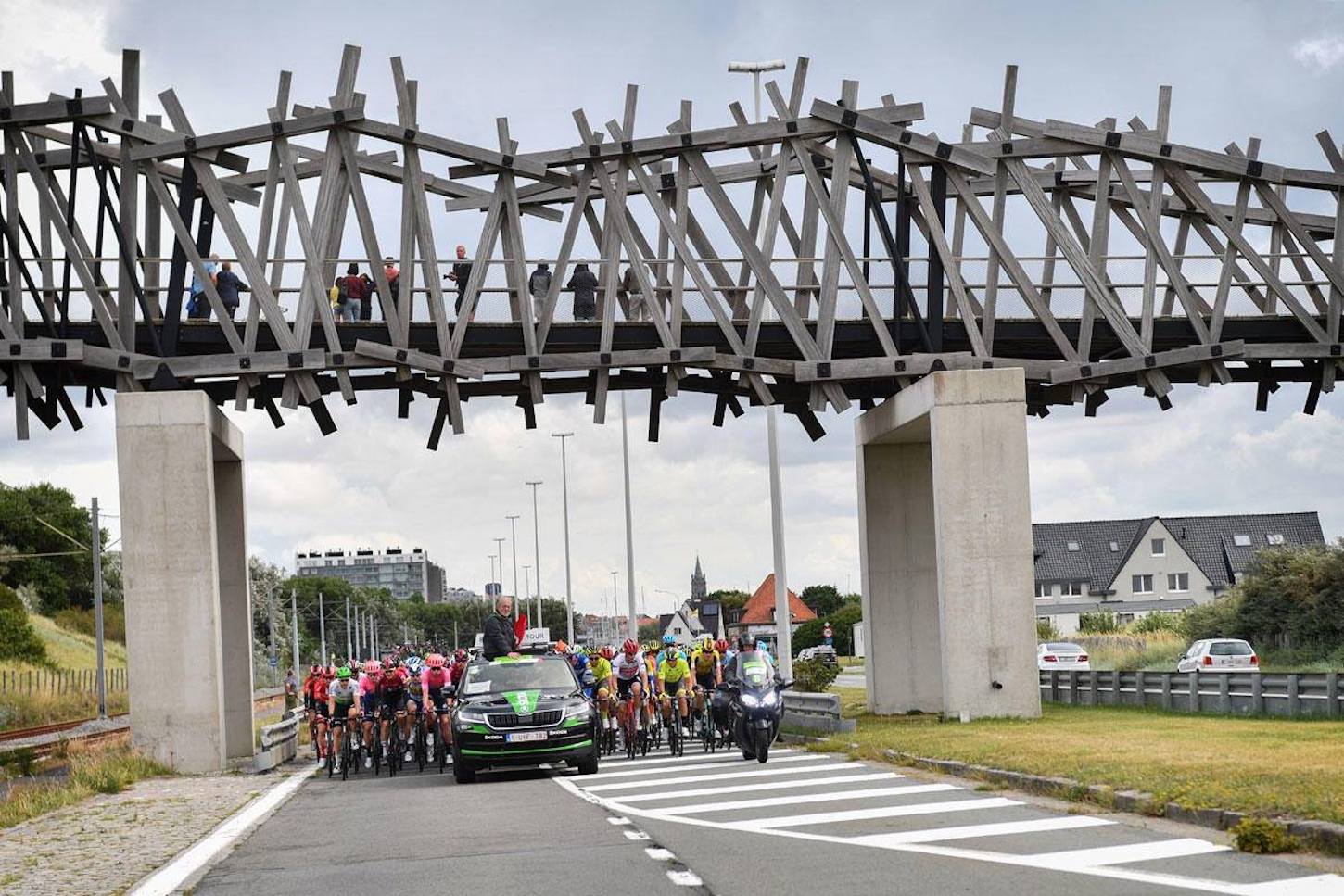 Bennett, Groenwegen and Philipsen peeled away from the rest of the field after a crash in the last turn opened things up during the final stretch to the finish, with Bennett finding another gear to pipe his Dutch rival on the line.

“I think somebody touched my bike in the last corner and they broke it a little,” Bennett said afterwards.

“The gears were jumping like mad so I couldn’t throw the bike around, I was just trying to keep myself solid. I couldn’t get the power down and I got a run at Philipsen and if it wasn’t for that I don’t think I would have got it.

“I was really lucky today, I tried to make the bike as long as possible in the final (metres) and that was enough to get it today so I’m really happy with that.”

An early breakaway group of four riders was reined in with 72 kilometers to go. But, another attack followed, this time allowing Harry Tanfield (Katusha-Alpecin), Stijn Steels (Roompot Charles) and Guillaume Van Kerisbulck (CCC Team) to ride clear of the peloton.

Heavy rain and a series of mechanical problems proceeded to hamper the chase effort, allowing the escapees to remain out front until the final catch was made with 3.5 kilometers remaining.

From there, EF Education First hit the front in pursuit of Golden Kilometer sprint points, but Van Kerisbulck, Tanfield and Steels still managed to sweep up the bonus seconds as the peloton hesitated before the sprint.

Once the peloton was back together, a flurry of attacks ensued, but nobody could escape an inevitable sprint finale.