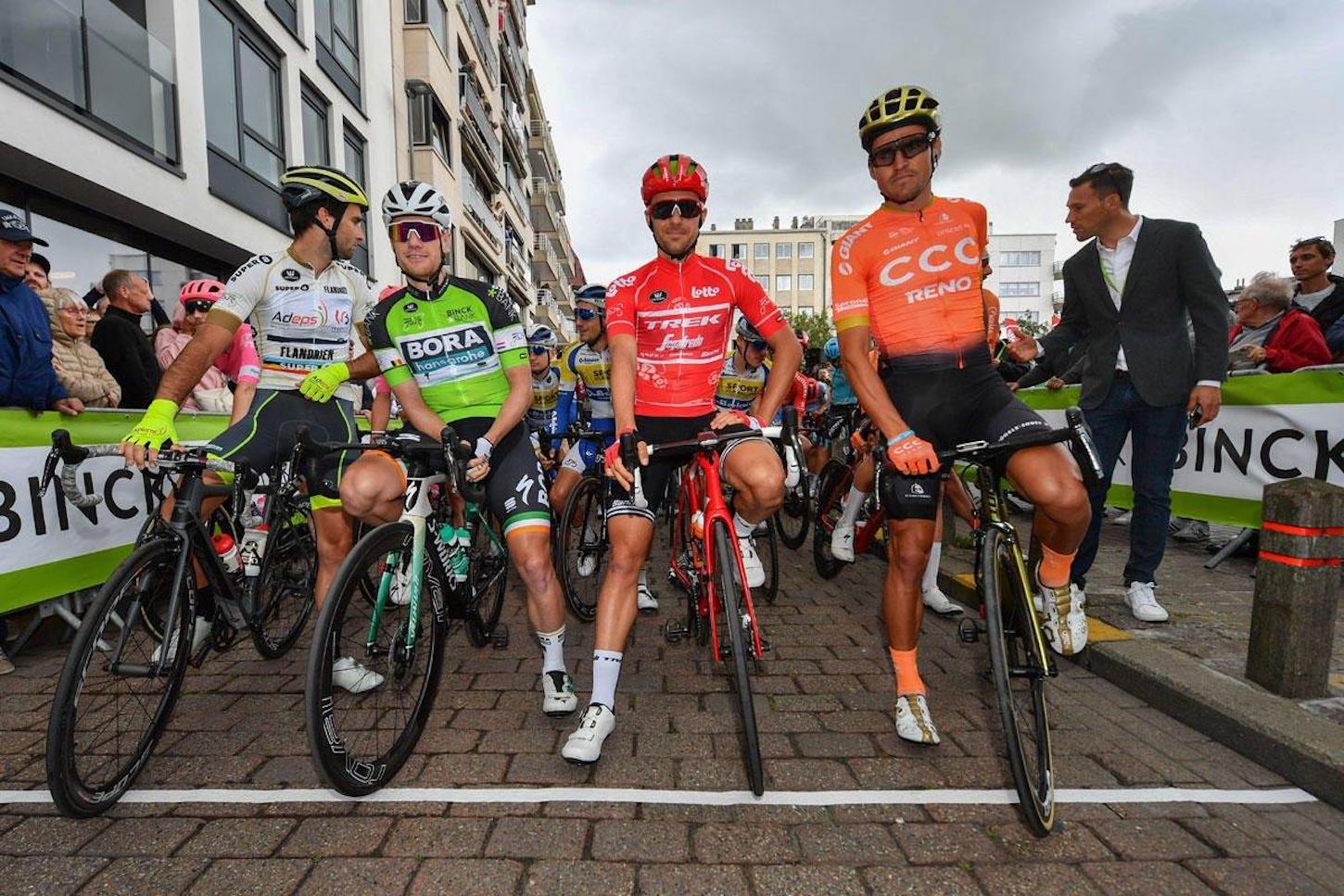 Tim Wellens won stage 4 of the BinckBank Tour, after the Lotto-Soudal rider beat Marc Hirschi and Laurens De Plus in a sprint finish at the conclusion of today’s 98 kilometer stage that ended in Houffalize.

As a result of his victory, Wellens also took over the leader’s jersey from triple stage winner Sam Bennett.

IIljo Keisse was the first rider to attack just after the start, who was quickly joined by Stan Dewulf. From there, the duo went on to establish a maximum lead of 2:30 over the peloton.

On the first ascent of the Rue Bois des Moines teammates Maxime Monfort and Wellens commenced a powerful attack, causing the peloton to whittle down to some 40 riders including the likes of Greg Van Avermaet, Laurens De Plus, Zdenek Stybar, Philippe Gilbert and race leader Bennett, while pre-race favorite Bob Jungels initially missed out, but managed to come back once the second group caught up to the lead group.

The cease-fire didn’t last long, as De Plus went on the attack during the second ascent of the Rue Bois des Moines, but Van Avermaet, Stybar, Wellens, De Plus, Soren Kragh Andersen, Jay McCarthy and Simon Clarke were quick to respond to the Belgian rider’s aggressions.

While the group eventually caught Keisse and Dewulf, the peloton refused to allow them to create much of a gap.

With 38 kilometers to go, the chase was close to reining in the leaders, prompting Wellens to go on the attack.

However, the Belgian rider was keen not to go it alone, allowing his former breakaway companions to rejoin him.

On the last climb of the Saint-Roch, De Plus decided to test everyone’s limits, launching an attack that saw only Wellens and Hirschi able to mark his move.

In the meantime, Ivan Garcia Cortina succeeded in bridging his way to the three leaders.

After a fiercely contested Golden kilometer, in which Hirschi and Wellens both took six bonus seconds, a strong De Plus decided to save up for a splitting attack on the Côte Achouffe.

Hirschi and Wellens both gambled but eventually closed the gap, while Cortina was forced to let the trio go.

Coming into the finish, Hirschi looked poised for victory, but a final surge from Wellens managed to overhaul the young Swiss rider.

Wellens now leads Hirschi by four seconds in the overall classification, with De Plus in third at another ten seconds back.