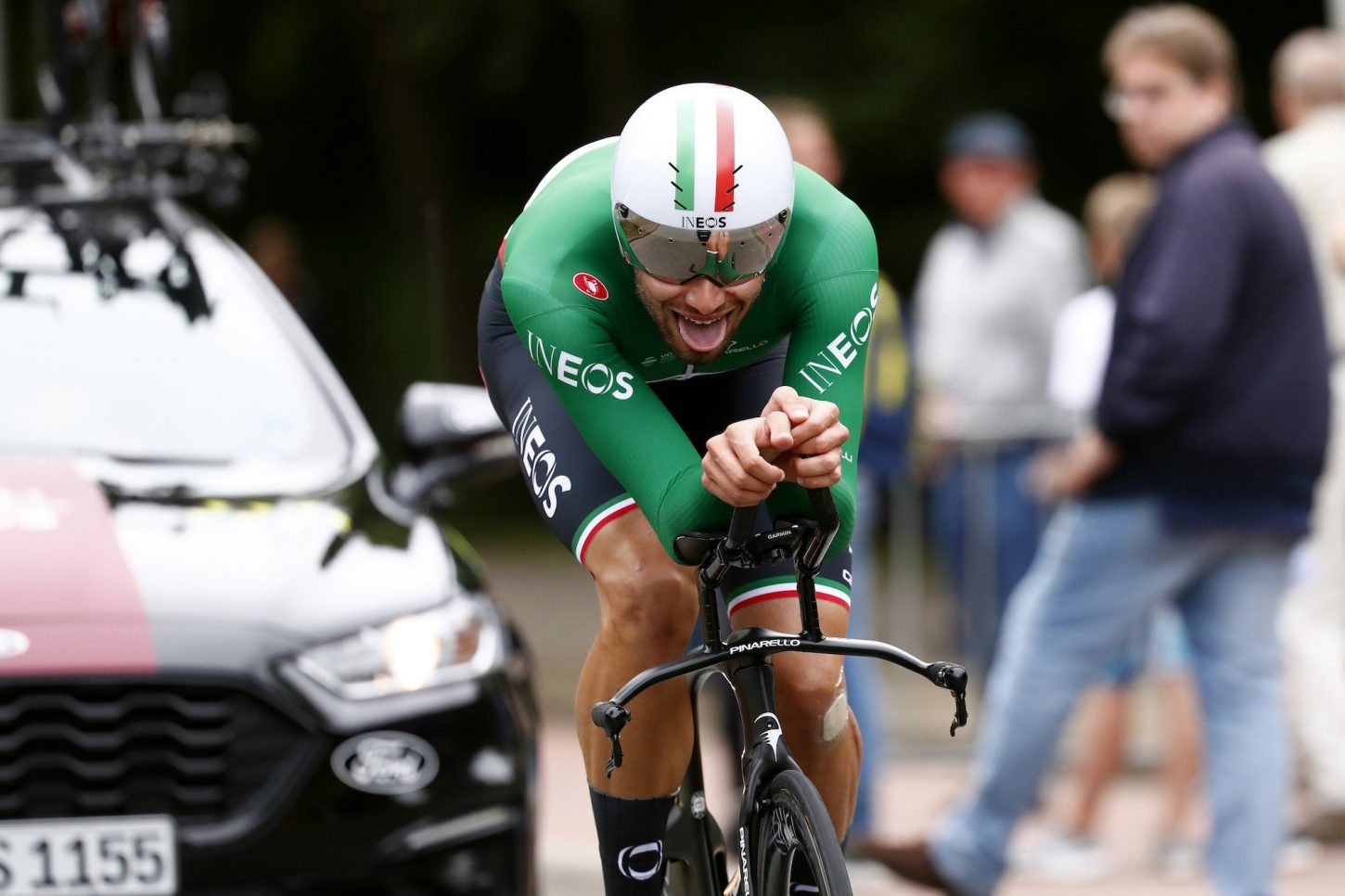 Wellens started last in the green and white leader’s jersey and finished 20 seconds slower than Ganna.

However, the Belgian rider still succeeded in extending his overall lead to eight seconds over Marc Hirschi (Team Sunweb), with Laurens de Plus (Jumbo-Visma) now in third at 12 seconds back.