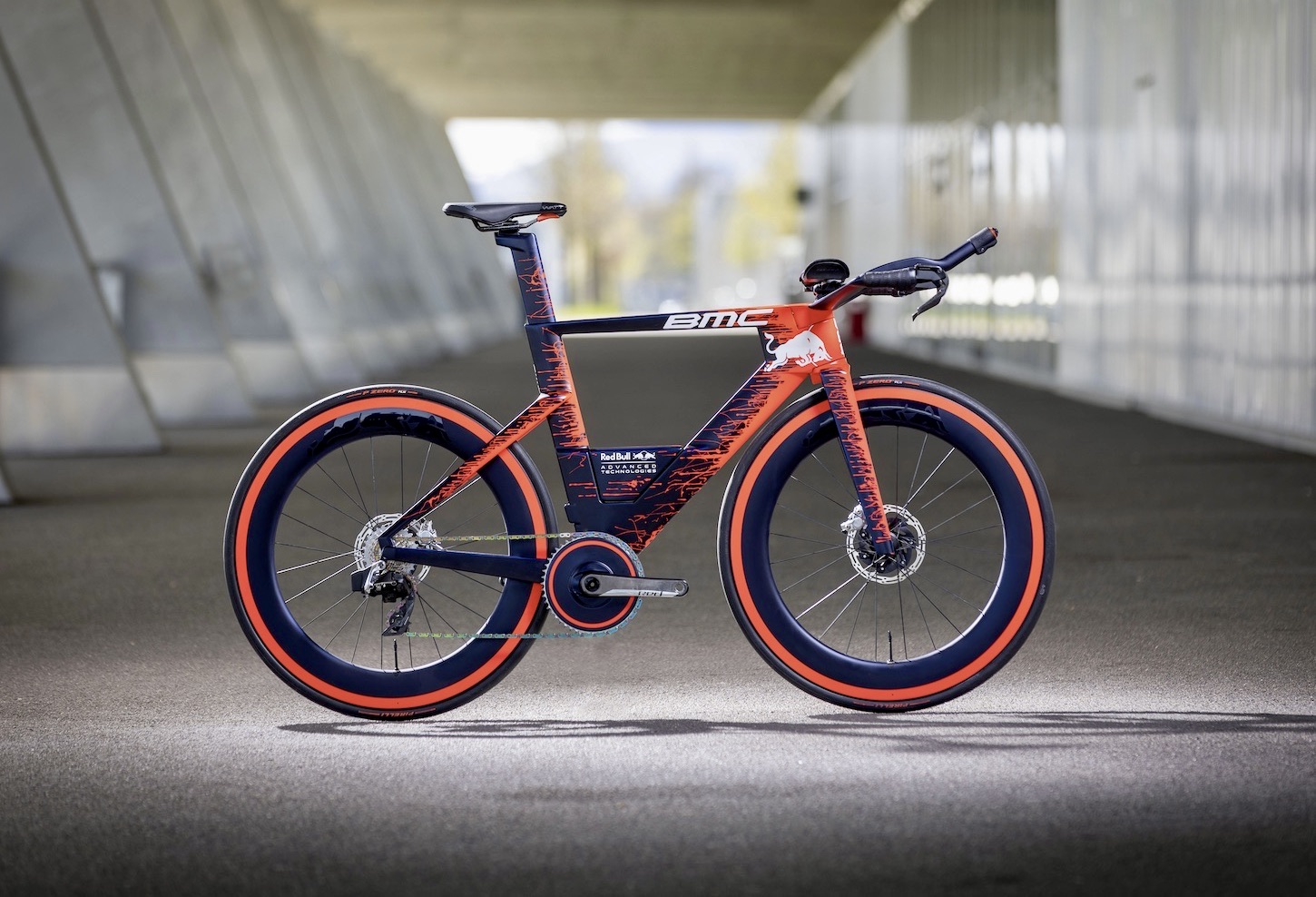 03 May 2022
By Gianni Pericolo - In FEATURED ARTICLES, LATEST ARTICLES, THE DOUBLE DIAMOND

After four years of intensive research, BMC and Red Bull Advanced Technologies have unveiled the results of a joint project with the goal of developing the “world’s fastest race bike”.

BMC first collaborated with Red Bull Advanced Technologies in 2018, with the aim of using technology developed in Formula One industry to further develop and enhance the performance of its bikes.

“The simulation know-how of Red Bull Advanced Technologies is very complementary to our in-house expertise of bicycle design and structural knowledge. Simulating not only the vehicle performance, but the entire performance environment, offers huge opportunities in the collaboration and finally makes BMC athletes even faster. Building the prototypes in our very own Impec Lab here in Grenchen, Switzerland helped us to be fast in development but also realizing exactly our vision of the bike,” he adds.

The project was aided by human racing expertise in the shape of Olympic medallist and multiple Tour de France stage winner, BMC ambassador Fabian Cancellara, with the time trial legend being involved at every stage of the development, providing invaluable feedback on ride quality and performance, through development and prototyping.

“Two worlds from different sports have come together to create something cycling has never seen before. It has been fascinating to be involved in this project from its early stages, to continually test the athlete and machine interface. Being part of the development of a cutting-edge bike, employing some radical principles and being given the chance to influence its performance from a rider perspective has been amazing. The finished prototype is incredible, and I look forward to what’s next” Cancellara said.

“The result of the research is an aerodynamic design philosophy that pushes the boundaries of performance in every aspect,” boasts David Zurcher, CEO of BMC Switzerland.

“This is only the beginning, at BMC we strive to continuously innovate the riding experience to a maximum. This project has already produced incredible results that demonstrate how BMC’s Research and Development was turbo-charged by Red Bull Advances Technologies’ capabilities. High performance is in both of our DNAs. This prototype really is the first Formula One bike and is sure to greatly impact the future of our racing bike,” he further adds.

The first test of the project, produced at the renowned BMC Impec Lab, will make its competition debut at the 2021 Ironman World Championship at St George in Utah, ridden by Red Bull Athlete and BMC Pro Triahlon Team Member Patrik Nilsson.

“We started out with the ambition to design the fastest bike in the world. We’re incredibly proud of what we have achieved with BMC. We took our Formula One methodologies in aerodynamics and CFD (computational fluid dynamics) and applied it to bike design, resulting in a bike that we believe has the potential to be a game changer,” points out Andy Damerum, Red Bull Advanced Technologies Commercial Development Officer.

While the bike appears to be a finished product, BMC says the Speedmachine is a prototype that won’t be produced commercially, suggesting that Timemachine 01 Disc will remain the Swiss brand’s go-to model for cheating the wind.