What Your Body Actually Needs During Different Types of Endurance Exercise 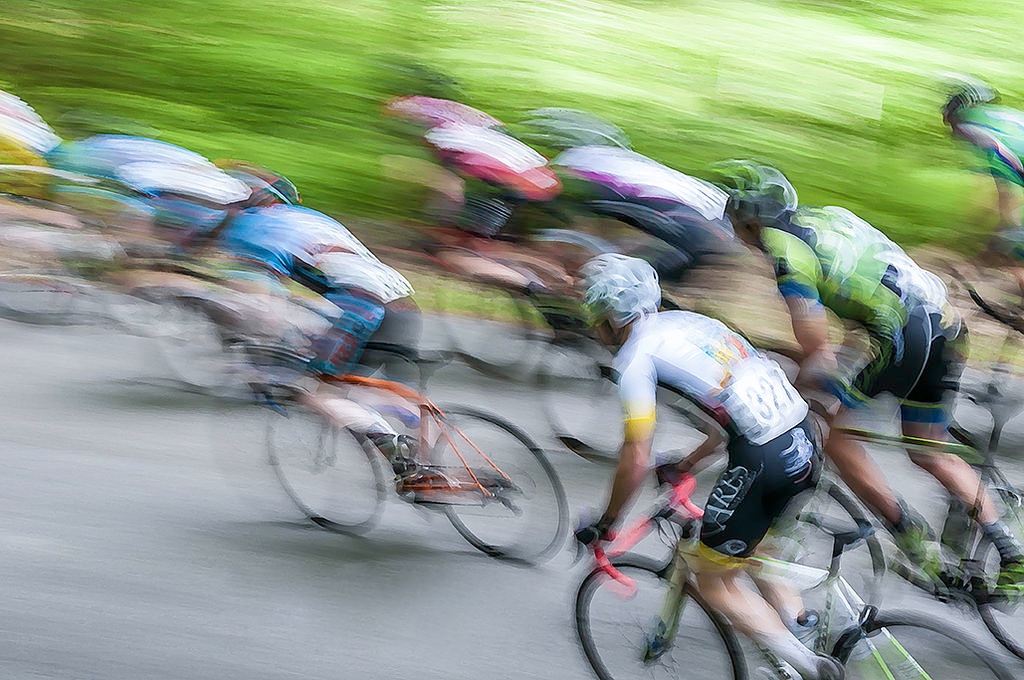 Hydration is only one piece of the nutrition puzzle faced by endurance athletes, so at Precision Hydration we get a lot of questions about how to fuel activity as well as how to best stay hydrated.

Here’s a fairly high-level overview on how to meet both your hydration and nutritional needs during endurance exercise. It’s based on a combination of recent peer-reviewed science (and a healthy dose of personal experience).

There are numerous subtleties that you can only ever figure out based on the individual nature of your own body and the situations you find yourself in. However, hopefully this post will give you a good sense of the right direction in which to set off experimenting during training so you can be ready for your race-day and training nutrition and hydration needs.

So what does your body actually need during endurance exercise?

No matter what kind of activity you’re doing, whenever you’re exercising hard for several hours at a time your body loses water and sodium in sweat. It also burns calories, mostly in the form of carbohydrates stored in your muscles and liver.

Water, salt and calories are therefore essentially the main “costs” of doing an endurance event.

The nuts and bolts of any sensible nutrition plan should therefore be largely based on replacing varying proportions of each of these three items to enable you to sustain your performance.

When it comes to fueling, I find it helpful to break activities down into three broad categories:

Each of these categories demands a different approach when it comes to hydration and energy replenishment.

Short activities (less than about 90 minutes)

Make sure you begin whatever you’re doing topped up with fluids, electrolytes and carbohydrates. Trying to make up for a deficit if you start a bit dehydrated or energy depleted by eating and drinking during the activity itself is definitely leaving it too late. You really cannot play catch up, especially with hydration, during heavy activity.

If you start most shorter activities properly fueled and hydrated, there’s usually little to be gained from taking in large amounts of anything, be that water, electrolytes or calories during the activity itself.

Your body has what it needs to last this long in reserve (even at a relatively high intensity) and you can simply refuel and rehydrate afterward (ideally within 30 minutes of finishing) to replenish stores for next time.

This doesn’t mean you categorically shouldn’t consume anything during exercise lasting less than 90 minutes. You should absolutely still listen to your body and eat or drink if you feel you really need to (and it’s also a bright idea to eat and drink something if you’re training again very soon afterward so you don’t start the next bout of activity really depleted). However, it’s worth understanding that the impact the nutritional intake is going to have on your performance during the race or session itself is probably quite negligible.

A slight exception to this rule might be if you are competing at the elite end of the spectrum in very high intensity aerobic events. There is some evidence that ingesting small amounts of a carb-based drink (or even just rinsing it your mouth) can be beneficial to your performance under these circumstances.

Essentially the “mouth rinse effect” is thought to be because receptors in the mouth shout to the brain, “Sugar is coming!” (even if you just spit the drink out), and your brain then allows your body to work harder than it otherwise would, tricking you into putting out a stronger performance than might otherwise be possible. For a decent summary of the idea see this post from Asker Jeukendrup.

This, along with keeping topped up for subsequent sessions or events, is one of the reasons why we still sometimes recommend having a bottle of electrolyte drink available to sip during shorter events if convenient.

Medium to Long activities (about 90 minutes to 4 hours)
It’s during medium-to-long sessions that fluid intake and carbohydrate fueling in particular start to have more of an impact on performance.

There’s a whole heap of research out there on the effects of carbohydrate ingestion on performance during longer periods of aerobic exercise. A 2013 paper called The use of carbohydrates during exercise as an ergogenic aid gives a decent overview if you want to dig into some of the technical details without doing your own PhD on the subject.

The bottom line from all that research is that the current consensus is that taking in around 60g of carbohydrate per hour is optimal for most endurance athletes doing two to four hour activities. Think more like 40g/hr if you’re a smaller person and not working at a high intensity, but maybe as high as 90g/hr if you’re bigger or going really hard. This carbohydrate can come from a range of sources including drinks, bars, gels and “real” foods (if their composition allows for easy consumption and digestion).

Again, it’s important to make sure you begin whatever you’re doing well hydrated and fueled. Trying to make up for a deficit is definitely leaving it too late.

About 90 minutes to two hours is usually the threshold at which sweat losses can become significant, so fluid needs must be considered along with refueling at this point too.

If you’re using a hypotonic sports drink (i.e. a lower concentration than your blood) then, unlike isotonic drinks, they don’t deliver all of the carbs you’re likely to need during your activity (but they absorb faster and are better at achieving the specific goal of hydrating you).

Your fueling and hydration intake need to be tweaked in proportion to one another based on sweat loss and fluid absorption.

Bear in mind that if you don’t decrease your calorie intake from solid or semi-solid foods at times when fluid intake is very high, it can be a recipe for GI distress. This is a major reason why traditional isotonic sports drinks (i.e. those with a lot of carbs, making them a similar concentration to your blood) can be very difficult to live with during longer and/or hotter events. That’s because your need for fluid starts to be proportionally greater than they can comfortably deliver via your water bottle without overdosing you on sugar.

In my own experience, using more highly processed “simple” sports nutrition products like gels or jelly chews along with carb-based hypotonic sports drinks tends to work best because they reduce the amount of effort your body needs to put into chewing them, digesting them and getting the sugars into your bloodstream.

These kind of events are also not quite long enough for you to get really sick of sweeter products and flavors, so it’s usually possible to get to the end without suffering the kind of nausea that so often occurs when you rely too heavily on sugar as your main source of calories during longer events.

How you get the majority of your carbs is up to you. Most energy gels contain about 20 to 25 grams of carbs per pack, and energy bars contain as much as 35 to 40 grams per serving.

If you prefer your carbs a bit more “old school,” then eight jelly beans contain 42g, so this could do the trick along side typical carb-based hypotonic sports drinks. Or, if you want to go 100 percent natural, you could go for about 1.5 bananas, as they tend to contain around 25 to 30g of carbs per fruit (although what you’d do the leftover half, I’m not exactly sure).

BEFORE YOU START
As with shorter activities, it’s crucial to make sure you begin an ultra-distance event or session well hydrated and fueled. It’s part of the reason we make a big deal about preloading with higher sodium drinks before these events. If you try to make up for a deficit during the activity, you’re highly unlikely to perform at your best.

The required rate of fluid and carbohydrate ingestion for ultras is not dramatically different to what you should be aiming for during medium to long events. You’re still limited by the absorption rates in the gut for carbs and fluids, so the ~60g/hr and ~1 liter/hour maximums still apply. However, there are some notable differences to how we’d generally advise approaching fueling for longer events.

Listening to your body becomes a critical component of staying properly fueled and hydrated during ultra-distance events. This is because the longer the event goes on, the harder it becomes to predict how your body’s internal chemistry is going to react to the pace, temperature, environment, foods and drinks thrown at it during a long day out.

As a result, you need to be well tuned in to the subtle signals your body uses to tell you when it’s getting out of whack and needs something specific to get it back on track. Look out for a craving for salty foods as this can be an early warning sign that you’re getting a bit low on sodium. If that is the case, eating something salty like salted nuts or pretzels can be a good idea to keep everything balanced.

Some examples of the foods and drinks I’ve successfully used for fueling during ultra endurance events include:

In most of these cases I used these “real food” alternatives in combination with plenty of the typical pre-packed sports nutrition products (and our drinks) to hit the kind of carb-per-hour figure I needed to achieve. I particularly like Totally Wonderfuel’s handmade energy balls. The fact that many of them are savory is no coincidence, as I’ve found that category of food to be really appealing when I am racing for more than about six hours. Not to mention the fact that I lose 1,842mg of sodium per liter—so I’m often partial to a bit of salt!

Fueling for ultra events always requires a lot of creative trial and error to figure out exactly what works for you. It’s such an important part of these events that it’s worth dedicating some time to getting things right.

When you start experimenting, make sure you’re staying close to the guidelines of ~60g of carbs per hour (across all of your foods and drinks), with enough fluid to stop you getting thirsty and a sufficient amount of sodium to offset what you’re losing in your sweat.

A Note on the LCHF Approach

As an aside—because it’s something we do get asked about a lot these days—the idea of fueling ultras on more fat-based foods (i.e. the Low Carb High Fat (LCHF) approach) is definitely gaining more popularity at the moment. While it’s definitely way too early to write this off as a “fad,” it’s interesting to highlight the findings of a recent (2016) study into the competition-eating practices of a group of elite ultramarathon runners.

Anyway, once you’ve tried some of this stuff out in the real world, don’t hesitate to get in touch with us if you’ve still got any specific questions. We’ll always do our best to get back to you with more nuanced answers. While we certainly don’t know it all, we’ve had a few successes and failures in this space as a team, so we should be able to draw on some relevant past experience in most cases, and might be able to help you dial-in your own hydration and fueling needs.