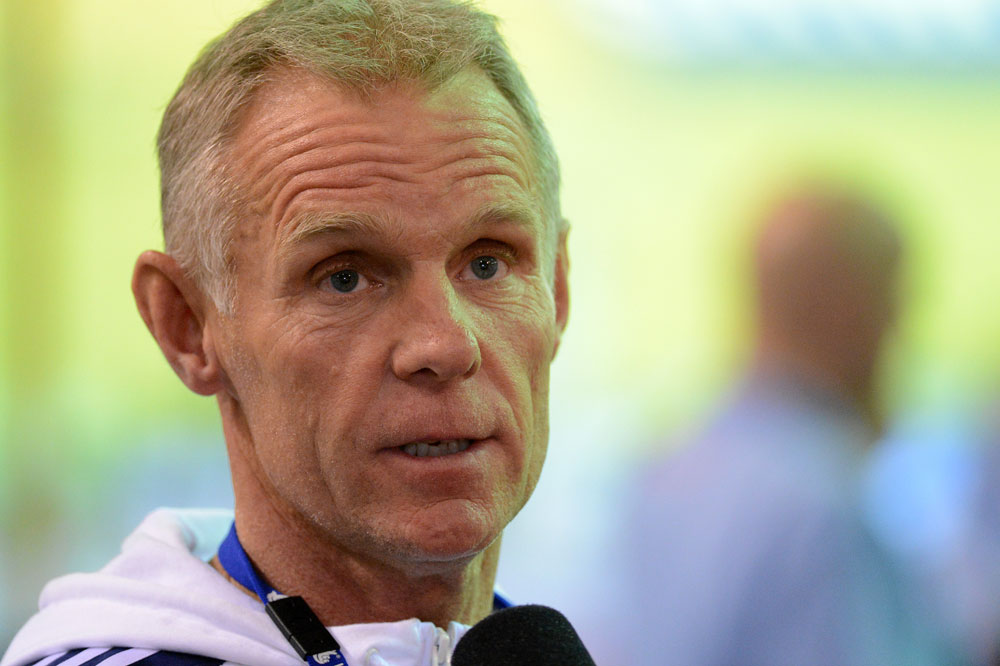 The cycling body’s decision to suspend Sutton, is tied to claims that he made derogatory comments about Para-Cyclists, as reported by the British newspaper, the Daily Mail.

Cyclist Jess Varnish previously said Sutton made sexist comments towards her and told her to “go and have a baby”.

The 25-year-old said she spoke out against Sutton, in order to “change attitudes at British Cycling.”

Sutton, who has been a coach since 2002, denies Varnish’s claims, which include a sexist comment about her body shape.

He says her contract was not renewed because her times had slowed over the past three years and she was unlikely to win a medal.

“There was never any talk of babies,” he told the British newspaper, The Times.

He claimed Varnish had not been “up to the job”, adding, “Jess was not one of the greats. It’s sad she’s come out and said the things she said.”

He insisted he had never used the terminology “you’ve got a fat arse”, adding: “I’m just really upset she would say that.”

“Jess is a wonderful girl, a beautiful person, I couldn’t ask for any more from her on the program. Unfortunately everything comes to an end.”

Sutton told The Times, he was “embracing the opportunity” to give his view, adding, “I don’t think I’ve been heard properly from day one of this.”

In the Daily Mail article, Darren Kenny, one of Britain’s most decorated Para-Cyclists, claims he heard members of the British disability team referred to in highly derogatory terms by Sutton.

“The attitude towards them was abysmal,” said Kenny, who won six Paralympic gold medals. “We were tolerated at best. The term used to refer to us was generally ‘gimps’, with another word in front of that.

“I know others had an issue as well with not being allowed on the track and not being given time to prepare for competitions.”

After being dropped from Great Britain’s team when she failed to qualify for the Olympic Games in Rio, Varnish has been invited to meet with officials at British Cycling to discuss her concerns.

In a statement released on Tuesday, she said she remained “open to sharing my experiences” and “will happily engage with any investigations into the comments that Shane Sutton has made to me and other riders”.

“I know exactly how miserable they made me,” said Pendleton, now retired from track cycling. “I never really felt I had the same respect as my male team-mates.”

Cooke, a road specialist who is also retired, added, “I have my own experiences of Shane and sympathise with Jess. Speak out and your dreams will be destroyed and years of hard work wasted. Or put up with it and hope.”

Joanna Rowsell Shand, who competes on track and road, said she was “surprised” by the allegations against Sutton and felt British Cycling’s treatment of track riders was “very equal”.

Fellow Olympic gold medallist Dani King, said she had never been subjected to sexist comments by Sutton, a sentiment echoed by Laura Trott who said she had “only ever had a wholly positive and healthy working relationship” with him.

The double Olympic gold medallist in the 2012 London Games, added, “I am very grateful to him and the British cycling team for all the support and coaching they have given me over the years to get me to where I am today.”

Sutton joined British Cycling as a coach in 2002 and was part of the team that won seven track gold medals at both the 2008 and 2012 Olympics.

He was made technical director in 2014 when predecessor Sir Dave Brailsford stepped down after a decade in charge.

Sutton, who won Commonwealth Games gold as a rider, is due to take charge of Team Great Britain for the Rio Olympics, which begin on 5 August.

In 2009, British cycling legend Sir Chris Hoy described Sutton as his mentor and said he had been “hugely influential in my success”.

The Scottish rider, who went on to win a total of six Olympic golds before retiring in 2013, added, “He’s the most amazing motivator and everyone in the team has a lot to thank him for.”

He said Sutton, who also mentored Sir Bradley Wiggins, is “so intense that there are times that the only thing you can do is fall out with him”.

Hoy added, “Half the time you want to throttle the guy and the other half you are trying to get into his good books.”