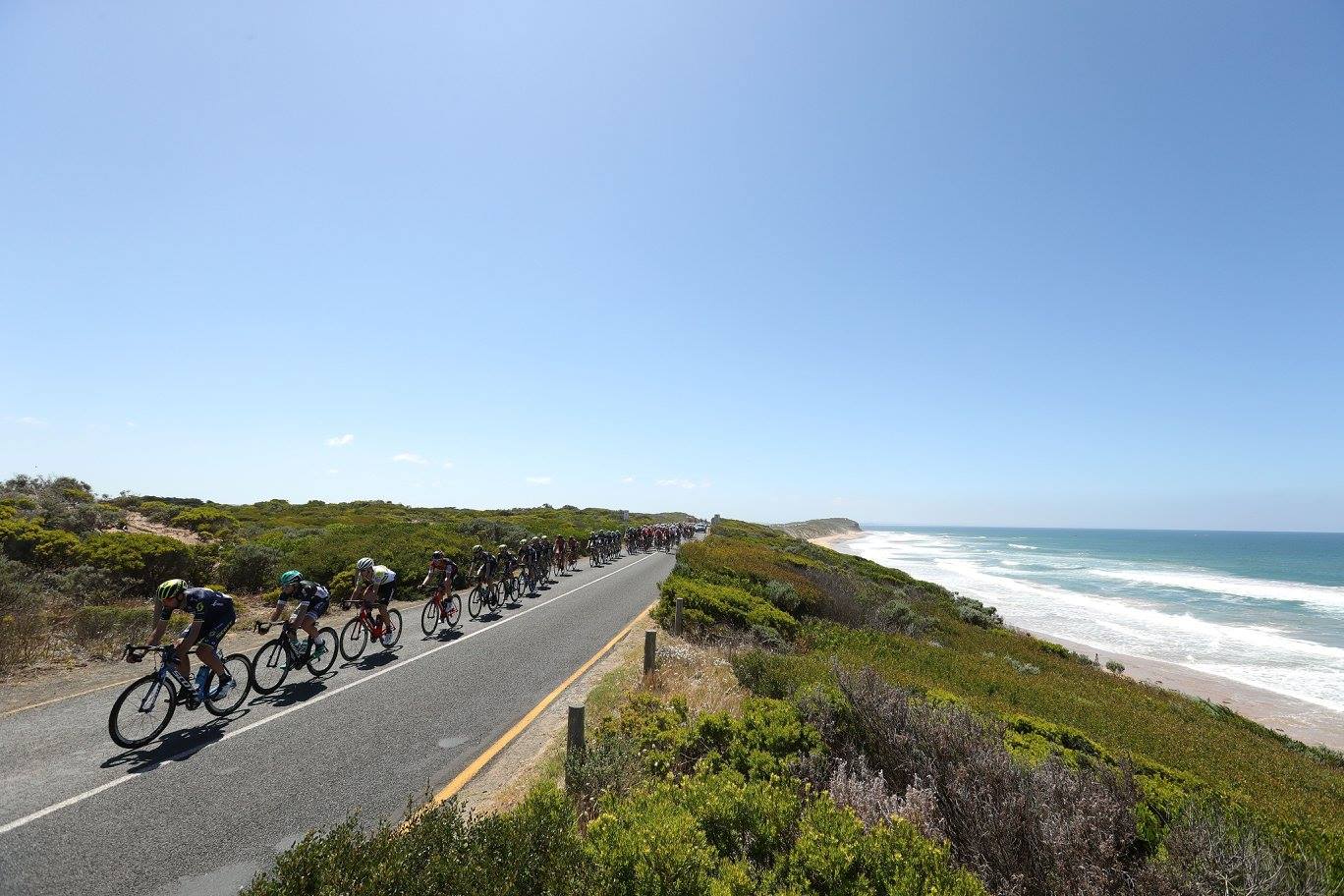 German sprinter Nikias Arndt won the first UCI WorldTour sanctioned Elite Men’s Race today with a thrilling finish, concluding a successful third edition of the Cadel Evans Great Ocean Road Race which was attended by over 100,000 spectators across the weekend.

“I thought it is not possible to come back … but I just didn’t stop fighting and I just pushed,” said Arndt, 25, whose victory was also the first for his German team, Team Sunweb this season.

“I saw a teammate after the last climb … Wilko Kelderman. He pushed me and he was there doing a big, big pull and I thought, ‘Okay if he did such a big pull you also have to come back. You cannot give up now.’ I continued and suddenly, I have to say, the group in front slowed down a little bit and that was to my advantage to come back.”

But Arndt, in his fifth year as a professional and the winner of stage 21 of last year’s Giro d’Italia, praised all his team. “They supported me and stayed with me,” Arndt said. “They did an awesome job.”

Arndt said he had also been inspired by the performances of players in the Australian Open tennis tournament in Melbourne: “We saw some tennis matches and they also said, ‘Never give up, focus and try again, try again.’ That was actually good motivation for today.”

The win will also serve Arndt well for the European one-day classic season. “It gives me a lot of motivation towards the classics,” he said.

Meanwhile, Gerrans’ second place after a runner-up finish in the Australian Road Championship augurs well for his season. And Meyer’s third since returning to elite racing this summer after taking a spell from the sport is another sign that the fire is back in his belly.

Although, Meyer’s finish was tinged with heartbreak. He looked like winning after he attacked with 800m to go following a solo move by Australian Tour Down Under winner and Tour de France contender Richie Porte (BMC Racing Team) with 4.5km to go was caught 1.2km from the line.

Porte was not the only grand tour star to try his hand though. British triple Tour de France champion Chris Froome (Team Sky) and Colombian Esteban Chaves (ORICA-SCOTT) were also in the fray with late moves.

While the race saw a large group still lead going into the third and final 20km finishing laps, the flurry of attacks and chases that unfolded ensured another thrilling finale.

The entire event, named after Cadel Evans who in 2011 became the first Australian Tour de France winner, was certainly another success for the entire Geelong region that hosted it, according to the chief executive of Visit Victoria, Peter Bingeman.

“The Cadel Evans Great Ocean Road Race is a wonderful example of the way Visit Victoria brings together the very best athletes with our greatest natural assets to create a memorable experience,” he said.

“The race celebrates the stunning achievements and contribution of Cadel and the region that is his home as well as being home to the stunning scenery of the Great Ocean Road.

“It’s little wonder that some of the world’s best male and female riders chose to be part of the event.”

Meyer launched an attack with 600 meters left in the race and looked like he might stay clear but he was overhauled on the line, with the German Sunweb rider too quick for Gerrans (Orica-Scott) as Meyer (Korda Menthe) finished third.

Arndt’s win capped a frenetic end to the race, which lived up to its reputation as an unpredictable event.

The front bunch of 23 was much bigger than expected. Porte (BMC) launched a bold one-man attack with 4km left, but his great friend and rival Chris Froome (Sky) led the chase.

Porte was caught just before 1 kilometer to go and finished 21st, while Froome dropped back to 49th.

Earlier, Meyer’s team-mate Alex Porter was in a four-rider break that went clear at the start. The quartet briefly took a wrong turn early in the first of three 20.3 kilometer finishing circuits in Geelong, with race organizers blaming the minor mishap on rider error.

The break splintered and the main group swallowed up the remnants on the second of the three climbs up the steep Challambra Crescent. A flurry of attacks all failed to stay clear, with Arndt benefitting from strong Sunweb teamwork as he struggled on the climbs during the last lap.

Kelderman dropped back at one point to pace Arndt back to the front group and the sprinter was too quick at the finish.

Arndt won the final stage of last year’s Giro d’Italia and this is his first one-day win at WorldTour level.