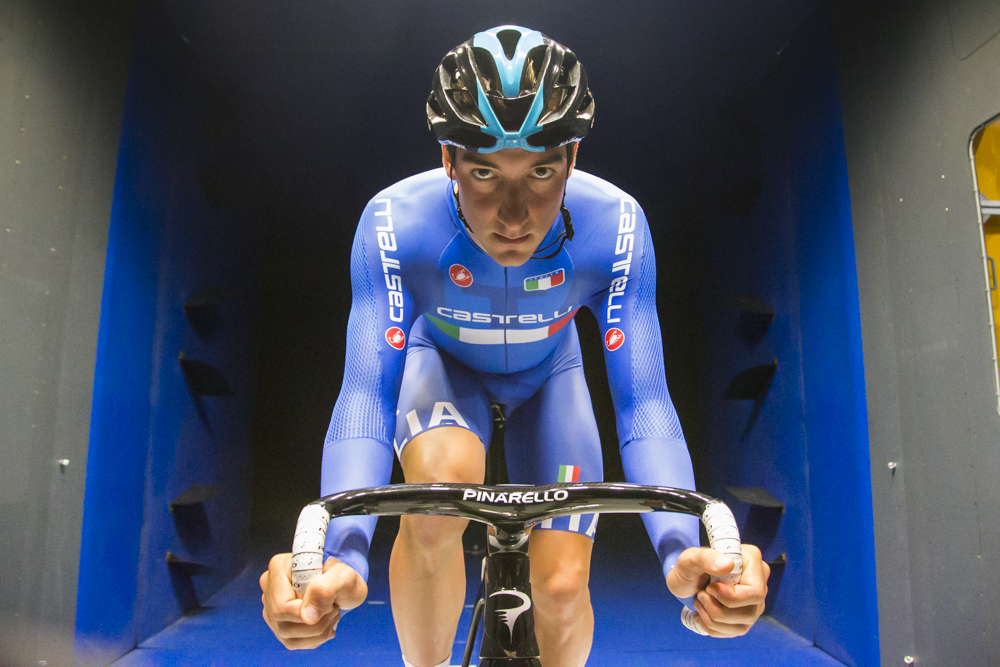 14 Jun 2016
By Gianni Pericolo - In LATEST ARTICLES, THE DOUBLE DIAMOND

Renown Italian apparel brand, Castelli, has partnered Team Sky’s Elia Viviani, to develop a custom skinsuit, with the goal of winning the Gold Medal in the men”s Omnium track event at this summer’s Olympic Games in Rio.

According to Castelli, Viviani worked closely with experts in the wind-tunnel at the Polytechnic University of Milan, testing no fewer than 15 different suits and fabrics in order to assess each material’s aerodynamic properties.

“The models developed for Viviani has been developed from what we have been studied and developed in a long time”, says Steve Smith, Castelli brand manager. “We tested 15 different textiles and cuts to find the one that suits him the best, both for the individual and group races as the fabrics don’t perform in the same way with different speeds.”

Viviani will compete in the Omnium race, which features six different track racing disciplines, meaning that Castelli has developed multiple skinsuits, with each suit designed for a specific event.

Viviani tested the skinsuits while riding his team issue Pinarello Bolide and MAAT 60.1 track bikes, at 60 kmh and 50kmh respectively, as a means of stimulating the same speeds he’ll be riding during each of Omnium disciplines.