CCC Will Takeover Sponsorship of BMC Racing Team for 2019 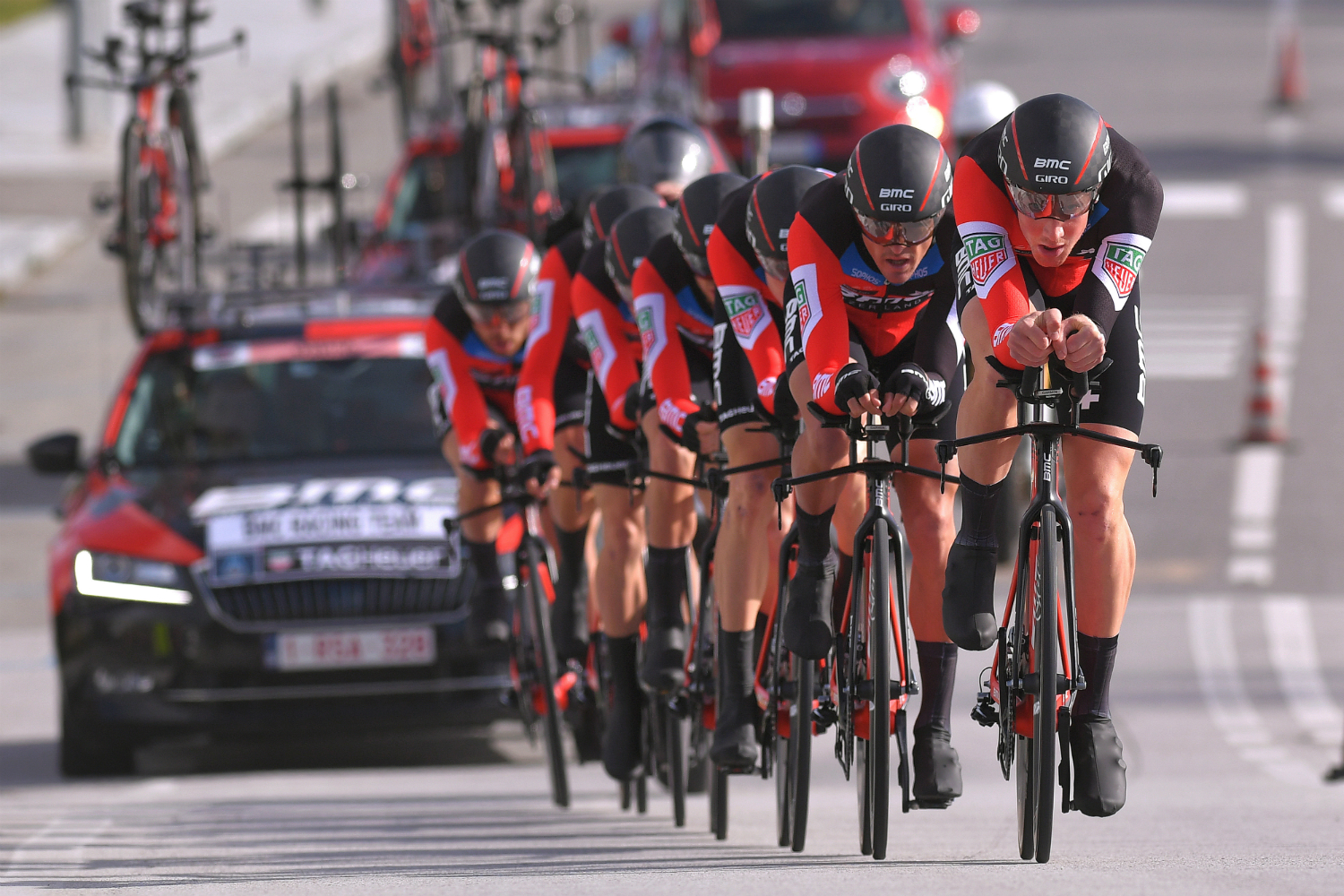 Milek, whose company CCC has been a sponsor at the UCI Professional Continental level since 2006, is excited to see CCC join the UCI WorldTour in a move that will see the brand’s visibility increase on a global scale.

“I am excited to see CCC partner with Continuum Sports and reach the highest level of cycling. We have been looking for an opportunity to join the WorldTour and this was the perfect chance to partner with a well established and respected team, with Greg Van Avermaet as team leader,” Milek said.

For Ochowicz, the partnership with CCC represents an opportunity to begin a new and exciting chapter in the WorldTour for Continuum Sports.

“It is no secret that we have been looking for a new title sponsor for 2019 and we are excited to be here today at the biggest cycling race in the World to announce CCC as the title sponsor of Continuum Sports from 2019 onwards. CCC president Dariusz Milek shares the same passion for cycling as our organization and together we can continue to build on the team’s existing success,” Ochowicz explained.

“To also be able to announce that current Tour de France race leader Greg Van Avermaet has renewed his contract beyond the 2018 season in an exciting way to begin this relationship. We have seen Greg develop into one of the best riders in the World and we are delighted to retain him as the team’s star rider in 2019. We have a busy few months ahead of us as we begin to plan for the next season so I am looking forward to welcoming CCC as title sponsor.”

Van Avermaet is motivated to continue his career with Continuum Sports after already achieving multiple career highlights with the organization.

“I’m really happy to be able to announce my plans for the future, especially today when I can still say that I am the leader of the Tour de France. I have spent eight years with the team and have had so many good moments over those years so it’s exciting to know that we will continue together. To have a team more or less focused on me and the Classics is a unique opportunity and I’m looking forward to next season with CCC as title sponsor. I think everyone will be happy to learn that the team is continuing, for the sake of the riders and staff but also for the sport of cycling,”  Van Avermaetsaid.

What will the team be called?

CCC will become the title sponsor of the United States-registered UCI WorldTour team while Continuum Sports will continue as the paying agent. The exact title of the team will be determined shortly.

Dariusz Milek will be the owner of the team and Jim Ochowicz will continue as General Manager.

Is this a merger of BMC Racing Team and CCC Sprandi Polkowice?

This is not a merger of BMC Racing Team and CCC Sprandi Polkowice. CCC has identified the exciting opportunity to assume title sponsorship of a UCI WorldTour cycling team and in doing so is partnering with the existing Continuum Sports organization.

How many riders and staff will be retained from each team?

With the title sponsorship now announced, the planning phase for the 2019 season has begun and the rider and staff rosters will soon be determined.

The objective is to operate with a roster of 23-25 riders. Announcements of existing rider contract renewals will take place when appropriate and under UCI regulations, new riders joining the team cannot be announced before August 1.

What are the sporting aspirations of the team?

At this stage, with Greg Van Avermaet as the team’s leader, the team will be focused on success at the spring Classics. As the rider roster develops, so too will the team’s ambitions and objectives for stage races and Grand Tours.

What is the budget and contract duration of the title partnership?

In keeping with team policy, no information related to the budget and contract duration of the partnership will be released.

Will BMC still be a sponsor?

BMC is not expected to continue as bike supplier beyond 2018.

Who will be the bike manufacturer of the team?

Contract negotiations with a new bike manufacturer are currently ongoing and will be announced in due course.

Will TAG Heuer and Sophos continue as sponsors in 2019?

TAG Heuer is contracted as a partner of Continuum Sports in 2019 and this partnership will continue. Negotiations with Sophos are ongoing.

Will there be any secondary sponsors?

At this stage, CCC will be the sole title sponsor of Continuum Sports. The search for sponsorship at different levels is an ongoing objective of all teams and this is the case for Continuum Sports as well.