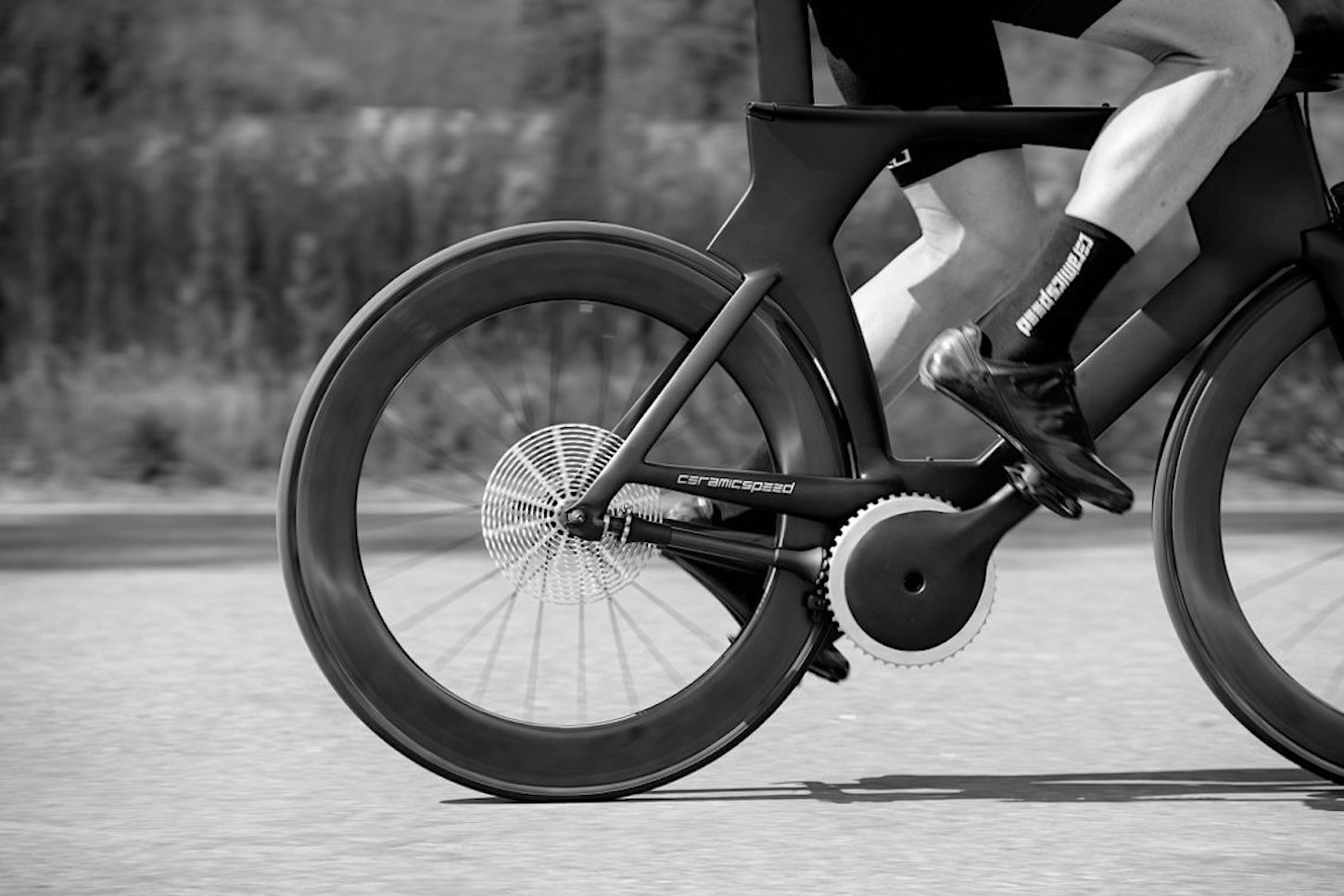 Perhaps the most impressive product unveiled during this year’s Eurobike show in Germany was CeramicSpeed’s DrivEn 13-speed drivetrain, which does away with a traditional chain and derailleur set-up all together.

Widely-known for their premium ceramic bearings, the Danish company lifted the curtains on its new DrivEn last week, which relies upon a pinion-style drive shaft system to transfer torque from the front chainring to a 13-speed rear cassette, thus eliminating the need for the aforementioned components.

As a result, CeramicSpeed says its DrivEn removes no fewer than eight points of sliding friction that burden most traditional chain and derailleur drivetrains, with a simpler, two-dimensional system that’s both more aerodynamic and carries less weight.

According to CeramicSpeed, tests revealed that the DrivEn created 49% less friction than a stock Dura Ace drivetrain at a 250 watts of rider output, and reached a claimed 99% efficiency at 380 watts.

CeramicSpeed says, the concept of replacing a traditional chain-driven groupset with a shaft-driven one was sparked nine moths ago when their engineers met at an annual “Skunkworks Project Meetings”.

In more detail, the DrivEn comprises cones that are positioned at both ends of a carbon shaft, along with 21 bearings at each end as well.

These bearings in turn engage with the gears on the crank and rear wheel, replacing the frictional resistance of the chain with the sliding friction of the ball bearings, which CeramicSpeed says results a much more efficient drive-system.

Gear changes are made possible by shifting the rear cone via a servo motor that’s integrated into the shaft, which moves the cone forwards or backwards.

While the system in its current state can’t shift just yet, CeramicSpeed says computer simulations confirm its functionality.

In theory, the number of gears is limited only by the length of the shaft and the size of the rear wheel cassette.

The current prototype has 13 speeds and a gear range of 376%, giving it a ratio that’s comparable to that of a conventional drivetrain with 53/39 chainrings and an 11-28T cassette.

While the DrivEn is a remarkable invention, CeramicSpeed says it has no immediate plans to put the system into production. But, they haven’t ruled-out finding partners to help further develop it.