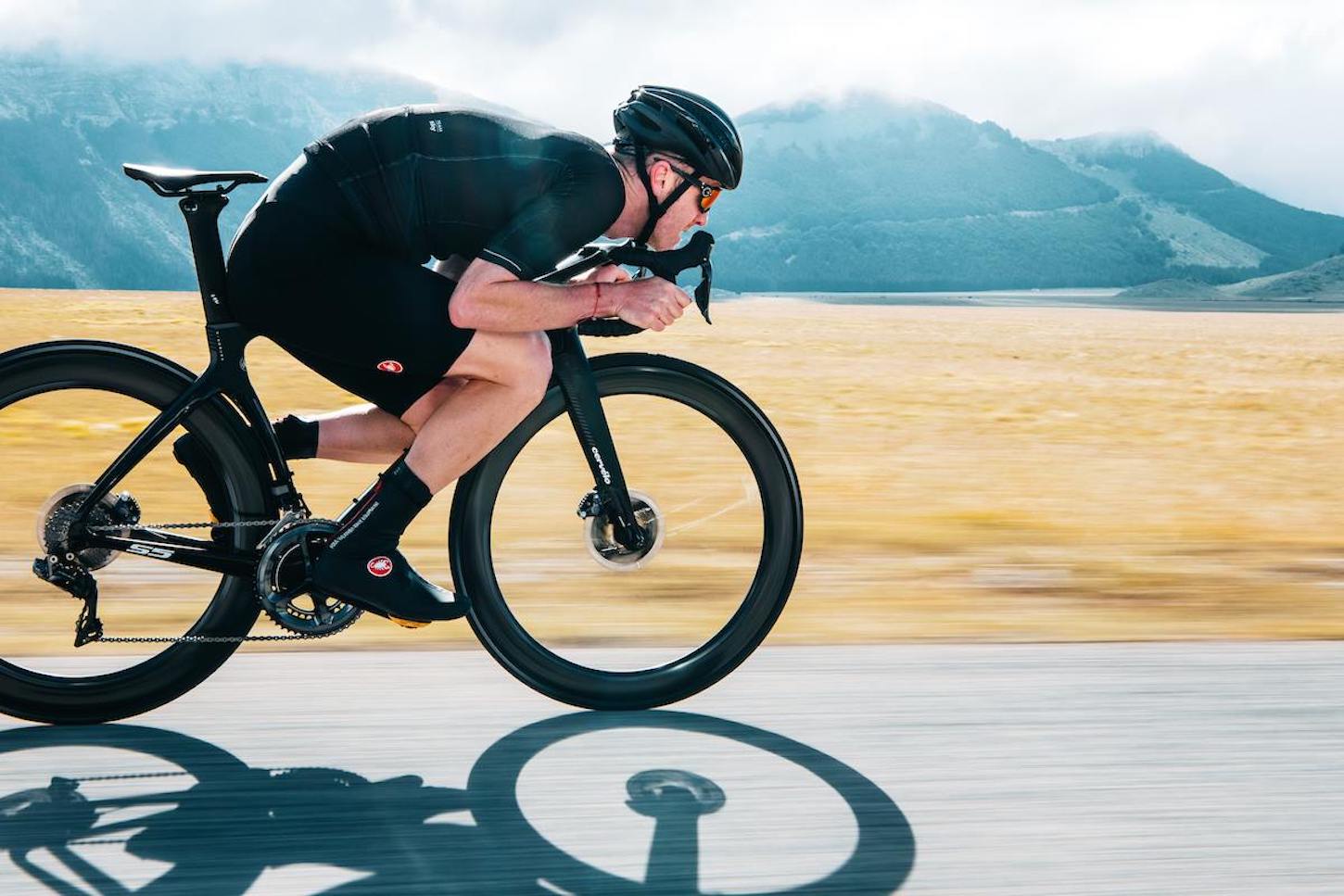 Cervélo has lifted the curtains on its new S5 Disc aero road bike, touting a new level of wind cheating capabilities, along with a bold new aesthetic.

“Cervélo has always been the leader in building fast, aerodynamic bikes. We continue the tradition with the new S-Series. Designed for our World Tour racers and boasting significant improvements in aerodynamics and stiffness, these bikes are about all out speed. If you live for the thrill of the sprint and going fast, the S-Series bikes are made for you”, says the Canadian brand.

“We take a system approach to aerodynamics, considering the bike, rider, and components together. After hundreds of hours of testing in the wind tunnel and on the road, we’ve significantly reduced the drag on this system. The result? You go faster”, adds Cervélo.

Other features that punctuate the S5 Disc are a newly shaped aero downtube that now sits very close to the front wheel, along with a redesigned seattube that has a much smaller profile than before. Also, all cables are now internally routed, along with a choice of two bottle cage positions on the downtube that promises lower drag.

Additionally, Cervélo has made considerable changes to the new S5 Disc’s geometry as well, resulting in a longer toptube and shorter headtube, putting the rider in a more aggressive, race-like position with more reach and a lower handlebar height.

Cervélo has also lowered the bottom bracket height on the new S5 Disc, with the goal of creating a lower center of gravity for increased stability at high speed, while at the same time increasing fork trail up to 57mm for even greater balance.

According to Cervélo, all of these developments resulted in a design that’s 25% stiffer around the bottom bracket and 13% at the headtube.

Lastly, in keeping with the current trend of wider tires for road, the new S5 Disc can accommodate tires up to 28mm, while hydraulic, flat-mount disc brakes are standard as the name implies.

The new S5 Disc will be available in four builds, beginning with a Shimano Ultegra groupset, to the range topping Dura-Ace Di2 equipped model.

You can learn more about the new S5 Disc by visiting Cervélo’s website here.