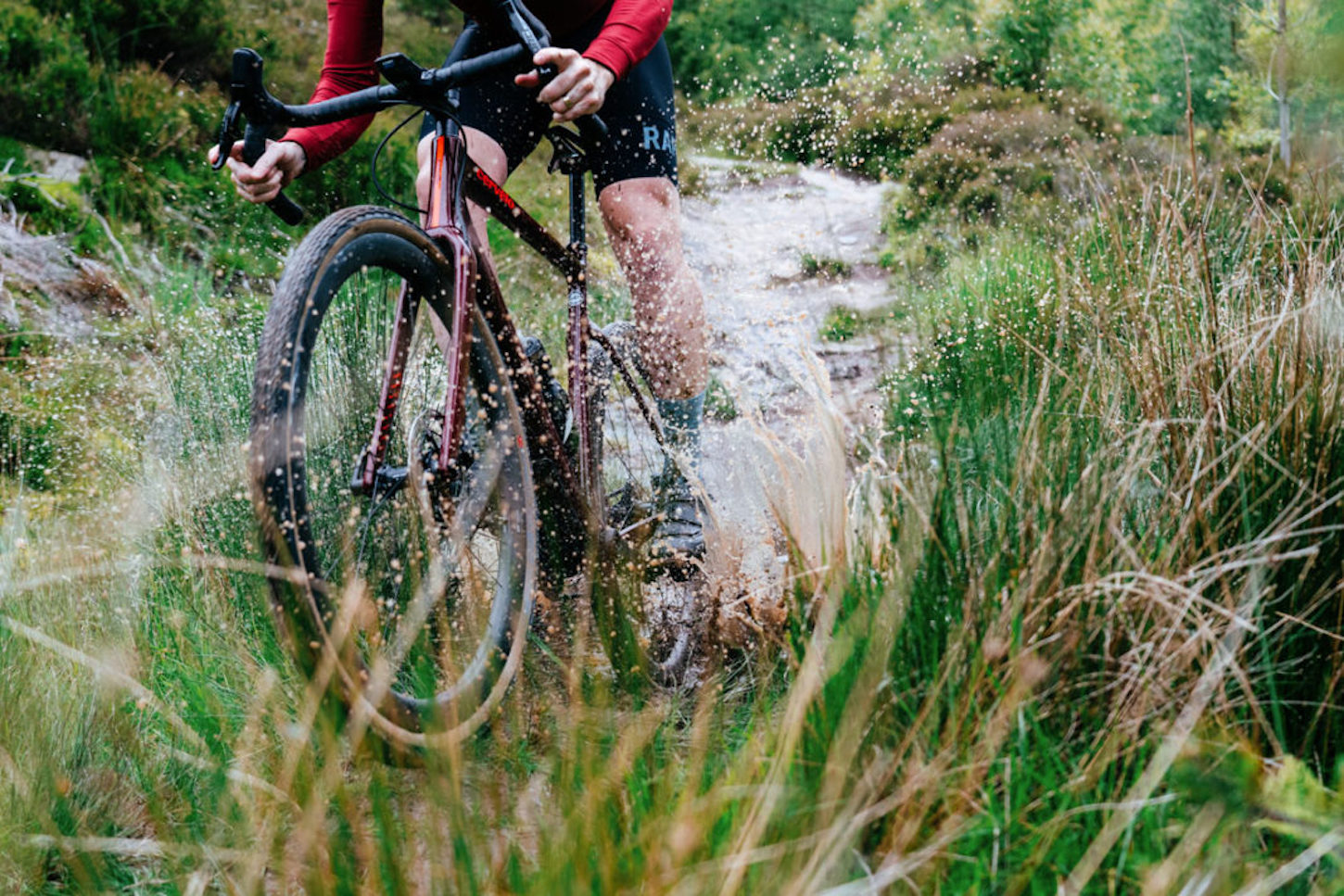 With that in mind, Cervelo is trying to up the ante with its latest gravel bike called the Aspero, offering the gravel grinder a lightweight, versatile package that’s capable to tackling virtually any terrain.

“A new breed of rider is emerging—one who loves the freedom and exploration that gravel culture was founded upon but who has a hunger to ride wild, to go full bore, and to explore not just geography but personal limits. This frontier requires a new kind of gravel machine, one engineered not to roam the trails, but to slay them,” says Cervelo.

According to the Canadian brand, the Aspero frame weighs in at an impressive 1,100 (size 56), putting it in the same weight class as the Open UP (1,040g) and the 3T Exploro (990g) to name a couple of popular rivals.

However, clearance is where the Aspero really takes aim, accommodating tires up to a whopping 700×44 or 650×49, including a new fork with a 2-position adjustable dropout called TrailMixer that’s capable of handling both wheel applications.

The drop-out system works by simply adjusting the rake by 5mm. For example, in the forward position, the trail is shortened for faster handling, intended for 650b wheels and large tires. Similarly, the trail can be increased in order to accommodate 700c wheels, yet flipping the chip for the different wheel sizes essentially keeps the trail at 62mm for both sizes.

“Now riders can choose the fastest wheel/tire combination for the day’s conditions and never sacrifice essential high-speed control, allowing them to push for their personal best,” explains Cervelo.

Other features that highlight the Aspero are full internal cable routing that’s compatible with all current groupsets, dropper seatpost compatibility, flat mount disc brakes with 12mm thru-axles, a third bottle cage on the downtube and a bento box mount on the top tube.