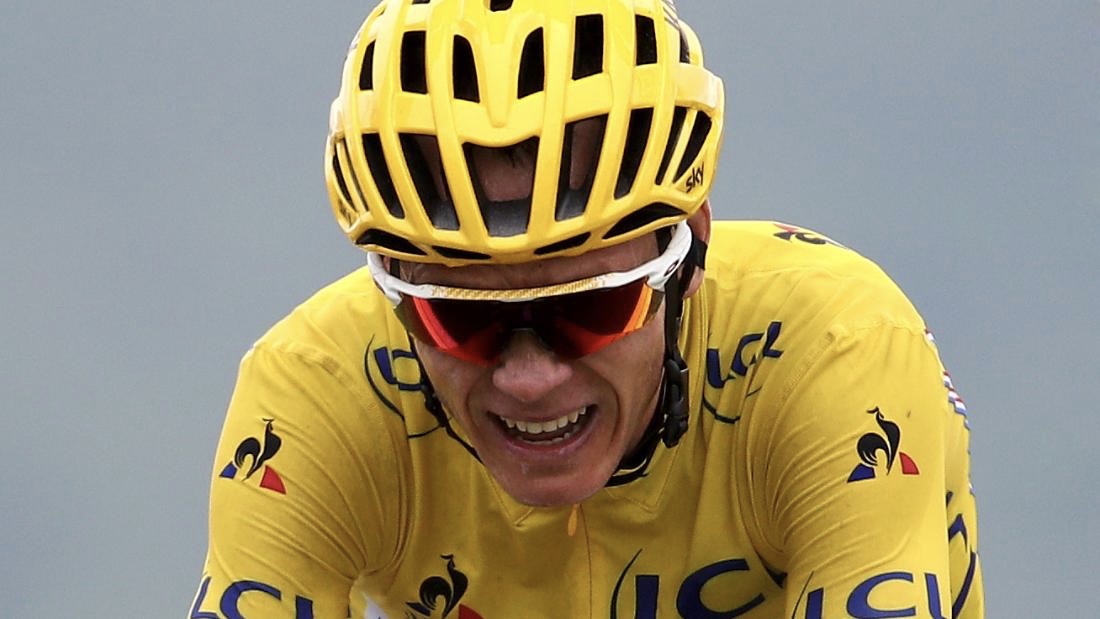 Four-time Tour de France winner Chris Froome has tested positive for the banned substance Salbutamol, a medication that is used in inhalers, during last September’s Vuelta a Espana. However, the British rider’s team insists that the positive urine sample was due to Froome’s acute asthma treatment.

In response to inquiries by cycling’s governing body, the Union Cycliste Internationale (UCI), Froome’s team said in a statement that the team’s doctors increased Froome’s intake of Salbutamol during the final week of the Vuelta after he experienced an acute asthma attack.

Froome’s increased dosage of Salbutamol to combat his acute asthma occurred in the run-up to the September 7 urine test.

The legal threshold of the medication allowed by the World anti-doping code is 1,000 nanograms per millilitre (ng/ml). Analysis of Froome’s urine test indicated a Salbutamol concentration of 2,000 (ng/ml) in the cyclist’s body at the time of the test.

According to Sky Team, Froome was tested after every stage through this period and had declared the use of the medication as part of the process.

The statement added that dosages of Salbutamol could sometimes result in higher urinary concentrations and that a wide range of factors would affect the concentrations, including the medication’s interaction with food and other medications.

“My asthma got worse at the Vuelta so I followed the team doctor’s advice to increase my Salbutamol dosage. As always, I took the greatest care to ensure that I did not use more than the permissible dose,” said Froome.

According to Team Sky’s statement, Froome has had asthma since childhood and regularly uses Salbutamol to “ease symptoms brought on by exercise”.

The team’s director, Dave Brailsford, said that he had the “utmost confidence” that Froome followed the medical guidance and stayed within the permissible limits of the medication.

The UCI said it would not comment on the drug test at this stage. However it noted that the World Anti-Doping Agency’s rules state that an athlete’s excess presence of Salbutamol can be considered therapeutic if the athlete “proves, through a controlled pharmacokinetic study, that the abnormal result was the consequence of the use of the therapeutic dose (by inhalation) up to the maximum dose indicated above.”

Chris Froome has responded to a request for information from the UCI, the world governing body for cycling, about his use of medication for asthma during the 2017 Vuelta a España.

This is a process that in normal circumstances would be confidential. However, in light of media interest, we believe it is important that the facts are set out clearly for all.
Chris has had asthma since childhood and uses an inhaler to take a common medication, Salbutamol, to prevent and ease symptoms brought on by exercise. Salbutamol is permitted by WADA rules (without the need for a TUE) when inhaled up to a limit of 1,600 micrograms (mcg) over a period of 24 hours and no more than 800mcg over 12 hours.
The UCI informed Chris that a urine test conducted on 7 September 2017, following Stage 18 of the Vuelta, revealed a concentration of Salbutamol which exceeds a threshold that requires him to provide information to confirm that he inhaled no more than the permissible dose. Analysis indicated the presence of Salbutamol at a concentration of 2,000 nanograms per millilitre (ng/ml), compared with the WADA threshold of 1,000ng/ml. None of the 20 other urine tests taken by Chris required any further explanation.
During the final week of the Vuelta, Chris experienced acute asthma symptoms. On the advice of the Team Sky doctor, he used an increased dosage of Salbutamol (still within the permissible doses) in the run-up to the 7 September urine test. As race leader, Chris was tested after every stage through this period and he declared his use of the medication as part of the process.
The notification of the test finding does not mean that any rule has been broken. The finding triggers requests from the UCI which are aimed at establishing what caused the elevated concentration of Salbutamol and to ensure that no more than the permissible doses of Salbutamol were inhaled.
There is considerable evidence to show that there are significant and unpredictable variations in the way Salbutamol is metabolised and excreted. As a result, the use of permissible dosages of Salbutamol can sometimes result in elevated urinary concentrations, which require explanation. A wide range of factors can affect the concentrations, including the interaction of Salbutamol with food or other medications, dehydration and the timing of Salbutamol usage before the test.
Chris Froome said:
“It is well known that I have asthma and I know exactly what the rules are. I use an inhaler to manage my symptoms (always within the permissible limits) and I know for sure that I will be tested every day I wear the race leader’s jersey.
“My asthma got worse at the Vuelta so I followed the team doctor’s advice to increase my Salbutamol dosage. As always, I took the greatest care to ensure that I did not use more than the permissible dose.
“I take my leadership position in my sport very seriously. The UCI is absolutely right to examine test results and, together with the team, I will provide whatever information it requires.”
Team Principal Sir Dave Brailsford said:
“There are complex medical and physiological issues which affect the metabolism and excretion of Salbutamol. We’re committed to establishing the facts and understanding exactly what happened on this occasion.
“I have the utmost confidence that Chris followed the medical guidance in managing his asthma symptoms, staying within the permissible dose for Salbutamol. Of course, we will do whatever we can to help address these questions.”

The anti-doping control was planned and carried out by the Cycling Anti-Doping Foundation (CADF), the independent body mandated by the UCI, in charge of defining and implementing the anti-doping strategy in cycling.

The analysis of the B sample has confirmed the results of the rider’s A sample and the proceedings are being conducted in line with the UCI Anti-Doping Rules.

As a matter of principle, and whilst not required by the World Anti-Doping Code, the UCI systematically reports potential anti-doping rule violations via its website when a mandatory provisional suspension applies. Pursuant to Article 7.9.1. of the UCI Anti-Doping Rules, the presence of a Specified Substance such as Salbutamol in a sample does not result in the imposition of such mandatory provisional suspension against the rider.

At this stage of the procedure, the UCI will not comment any further on this matter.

(*) WADA’s Prohibited List provides that: “The presence in urine of salbutamol in excess of 1000 ng/mL or formoterol in excess of 40 ng/mL is presumed not to be an intended therapeutic use of the substance and will be considered as an Adverse Analytical Finding (AAF) unless the Athlete proves, through a controlled pharmacokinetic study, that the abnormal result was the consequence of the use of the therapeutic dose (by inhalation) up to the maximum dose indicated above.”