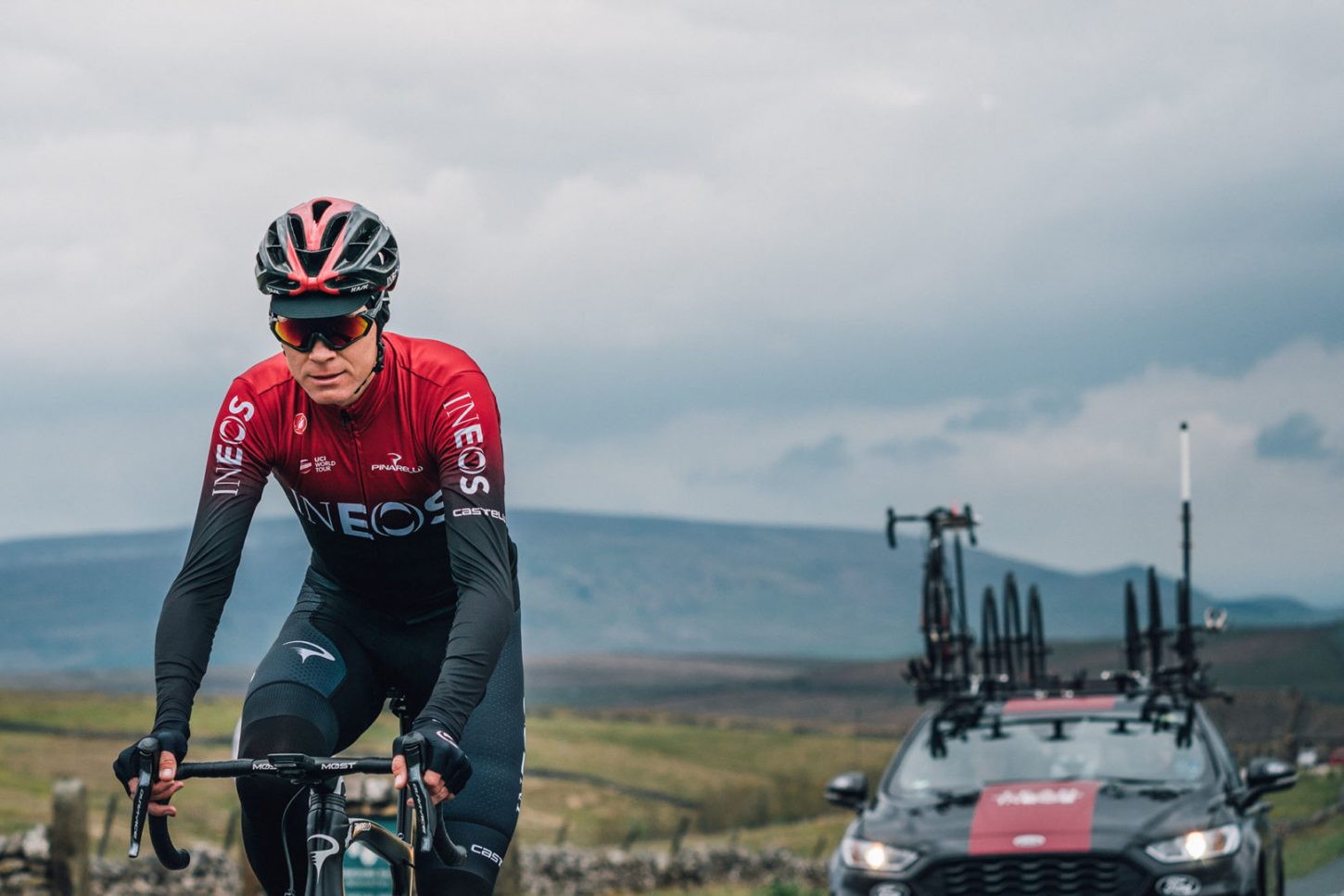 Chris Froome will miss Tour de France after breaking his leg on a practice ride.

The four-time Tour de France winner was hospitalized and will miss July’s race after a crash, which happened during a training ride ahead of stage 4 of the Critérium du Dauphiné.

Froome was believed to be using the eight-day race as preparation for the Tour but reports suggest he has fractured his femur.

“He crashed in the downhill section of the course at high speed. He hit a wall,” team principal Dave Brailsford told the media. “It’ll take quite a long time before he races again.”

The incident took place during a practice ride along today’s 26.1 kilometer time-trial course in Roanne, France.

Brailsford added. “the ambulance came quickly. He’s been taken care of and waits for a helicopter to be transferred to Lyon or Saint-Etienne.

“It’s a very serious accident. Clearly, he won’t be at the start of the Tour de France.”

Froome was eighth overall in the Criterium after three stages of the eight-day race.

He would have been chasing a record-equalling fifth victory in the Tour, which starts in Brussels on 6 July.