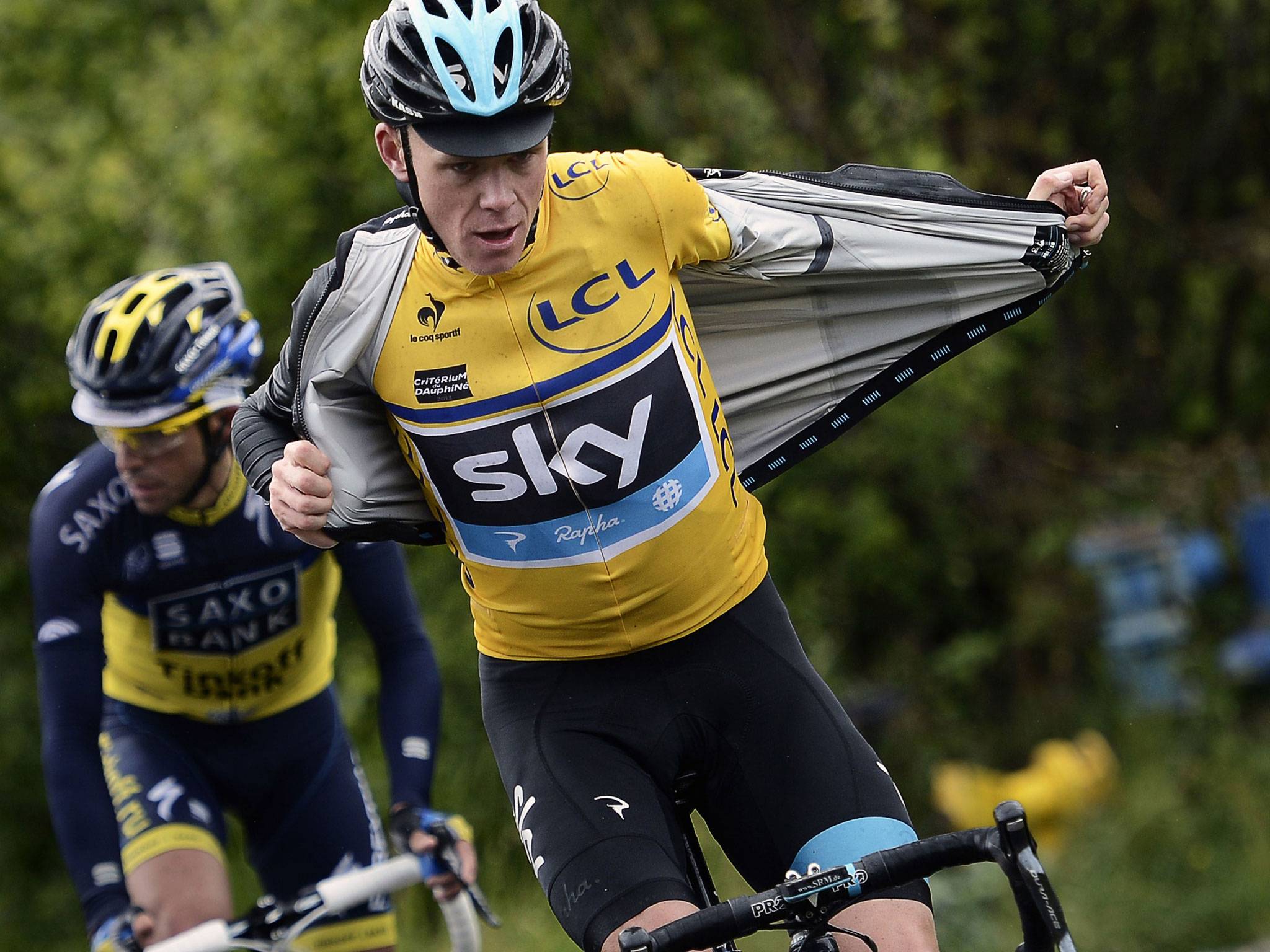 In an attempt to lift the pallor of doubt that hangs over his head with regard to doping allegations, and silence his detractors once and for all,  Chris Froome has elected to undergo independent testing.

Froome is facing a new level scrutiny, after vanquishing his rivals during yesterday’s challenging Tour de France stage, where riders faced a series of the formidable climbs.

“What haven’t I done? I’ve tried to be as much as a spokesman as I can for clean cycling,” Froome said in his post-stage press conference. “I’ve spoken to the CIRC, I’ve made suggestions to the governing body to implement things like nighttime testing, I’ve pointed out when I thought there wasn’t enough testing, cases like Tenerife. What else is a clean rider supposed to do?”

According to various British news outlets, Froome has decided to undergo intensive physiological tests at the conclusion of the Tour, to show the doubters, or “clowns” as he has referred to them, who continue to cast aspersions on his performance.

For critics calling for “Power Passports” to be made available for public scrutiny, one figure, FDJ coach Frederic Grappe, is against the idea.

“The power data we have, it’s confidential, because they belong to the riders, they belong to the teams,” he told Reuters. “What is the point in publishing the power data because who is able to analyse it correctly? Very few people because there are so many factors to take into account – the weather, the length of the effort. Some, and I won’t name them, are all wrong with it.”

However, Grappe is not opposed to the idea of creating a system, whereby rider’s power data could be systematically stored, and later subjected to expert analysis, similar to how biological passports are handled.

“I want the riders’ power data to be stored in a server – we’ve been discussing it with the ISSUL (Institute of Sports Science of the University of Lausanne). I’m ready to do it,” said Grappe.

“A special commission with experts would analyze the data – I’m for establishing a power profile for every rider in the peloton, it does not cost anything. If your power meter is well calibrated you have landmarks – the guy who has a well-established profile and beats his record by 10 per cent… you know something is wrong.”