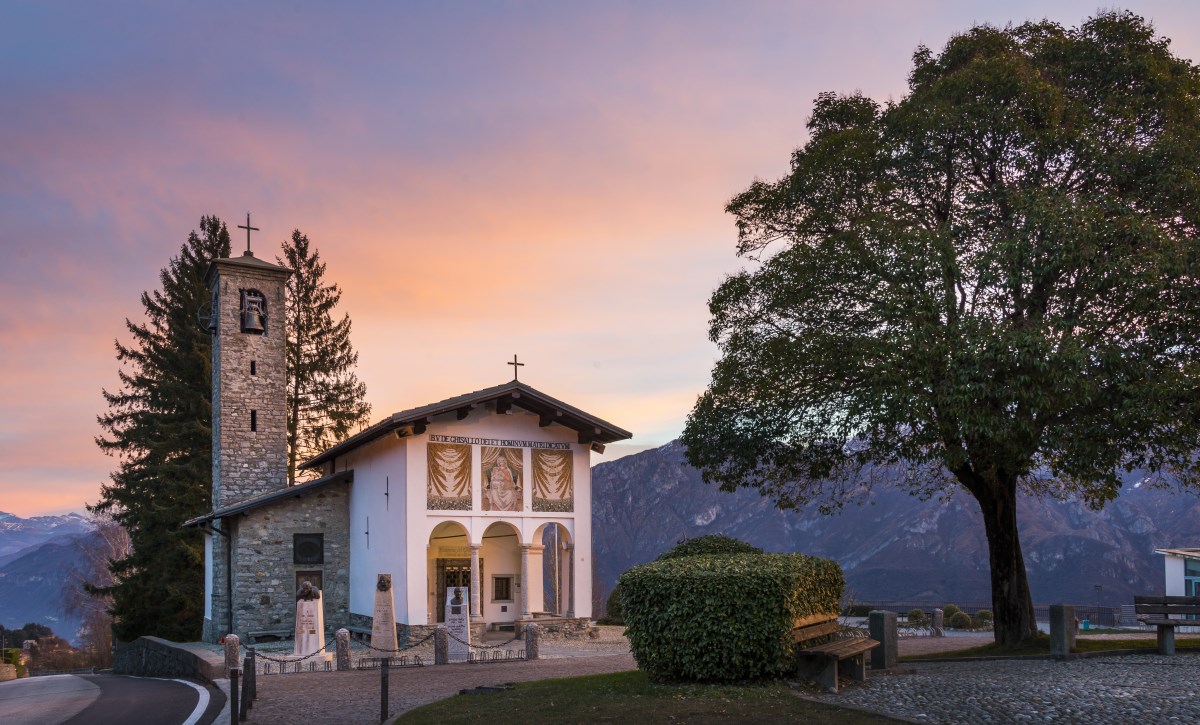 Cyclists from around the world annually flock to cycling’s “house of holy”, the Church of Madonna del Ghisallo, but, not just for non-secular reasons, but nostalgic ones as well.

High in the hills above Lake Como lies a small ‘chiesa‘, which is probably the only religious place in the world where decorum permits visitors wearing lycra.

Filled with both pre- and post-war Giro d’Italia memorabilia, it is home to the patron saint of cycling.

Indeed, the Madonna del Ghisallo guards such treasures as bikes from Fausto Coppi, Gianni Motta or Eddy Merckx, as welll as photos of cycling’s biggest luminaries and fallen heroes, making the chapel appear more like a bike shop than a place of worship.

The church itself sits at the summit of the Passo del Ghisallo, a 10-kilometer climb famous for being used every year in the Giro di Lombardia, and sometimes in the Giro d’Italia as well.

History has it, that the medieval Count of Ghisallo was saved from robbers by the sight of Virgin Mary here. He offered her his prayers at the roadside shrine, and the Madonna del Ghisallo later became known as the patroness of all travelers.

In 1949, Pope Pious XII gave her the title of Patron Saint of Cycling.

The Fondazione Museo del Ciclismo-Madonna del Ghisallo was created in 2000, where visitors will find an eternal flame burning in the chapel to honor the memory of the sport’s fallen heroes, while a reliquary of their damaged bikes line the nave.