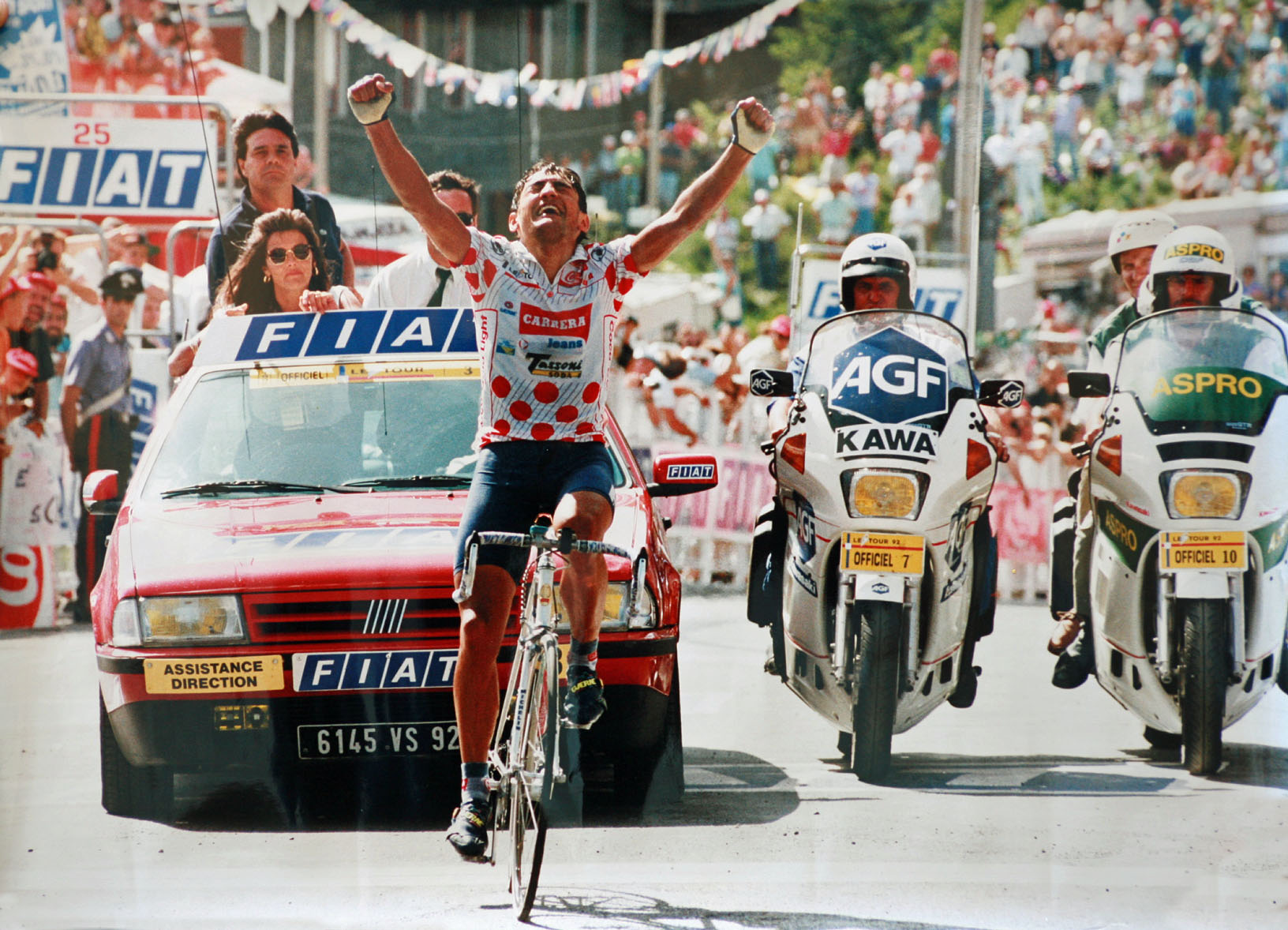 29 Feb 2016
By Campionissimo - In LATEST ARTICLES, THE PODIUM

A belated happy birthday to Claudio Chiappucci, who was born on February 28, 1963.

After a quiet start to his career, the Italian rider burst onto the scene in the 1990 Tour de France.

Indeed, Chiappucci found himself wearing the maillot jaune after an attack during the first stage, wherein the race favorites allowed him to win the race by a massive 10-minute time advantage.

From there, Chiappucci was able to fend-off challenges from his rivals in the later stages, to include Greg LeMond.

However, he would later lose his lead to LeMond during stage 20, after the American rider won the final time trial.

In the end, LeMond won the Tour by 2:16 over Chiappucci.

Still, Chiappucci was the first Italian rider to stand on the podium at the Tour de France since Felice Gimondi in 1972.

Vowing to improve his weakness in the time trial for next year’s Giro d’Italia and Tour de France, Chiappucci unfortunately never mastered the “race against the clock”.  And, in subsequent years, his once meteoric rise, took a sharp decline.

After riding a solid Giro d’Italia in 1993, it looked like his Tour de France bid was shaping up to be a showdown against Miguel Indurain. But, from the first mountain stage onward, Chiappucci struggled. Although he had a revival later on in the race, Chiappucci finished sixth overall.

However, Chiappucci would redeem himself by winning the Clásica de San Sebastián just a few weeks later, but this marked the end of his major results, as his performance declined sharply between 1994-1995.

In retrospect, his most famous victory was stage 13 of the 1992 Tour de France, when he attacked on the first climb of the day, 245 kilometers  from the finish, and arrived in Sestriere after holding off a thrilling chase by Miguel Indurain and Gianni Bugno. On that occasion, Chiappucci was the lone rider to summit all five major climbs, three of which were “première catégorie” and 1 “hors catégorie”.

Chiappucci later said, that he wanted to replicate the same feat as Fausto Coppi had, exactly 40 years earlier.

Some of Chiappucci’s other accomplishments were, winning the Giro del Trentino, Volta a Catalunya and the Tour of the Basque Country, as well as a silver medal in 1994 World Championships in Sicily.