CapoVelo.com
CapoVelo.com - - Colin Furze Sets Off One Thousand Rockets from the Back of His Custom-Built Bicycle
51401
post-template-default,single,single-post,postid-51401,single-format-standard,no_animation 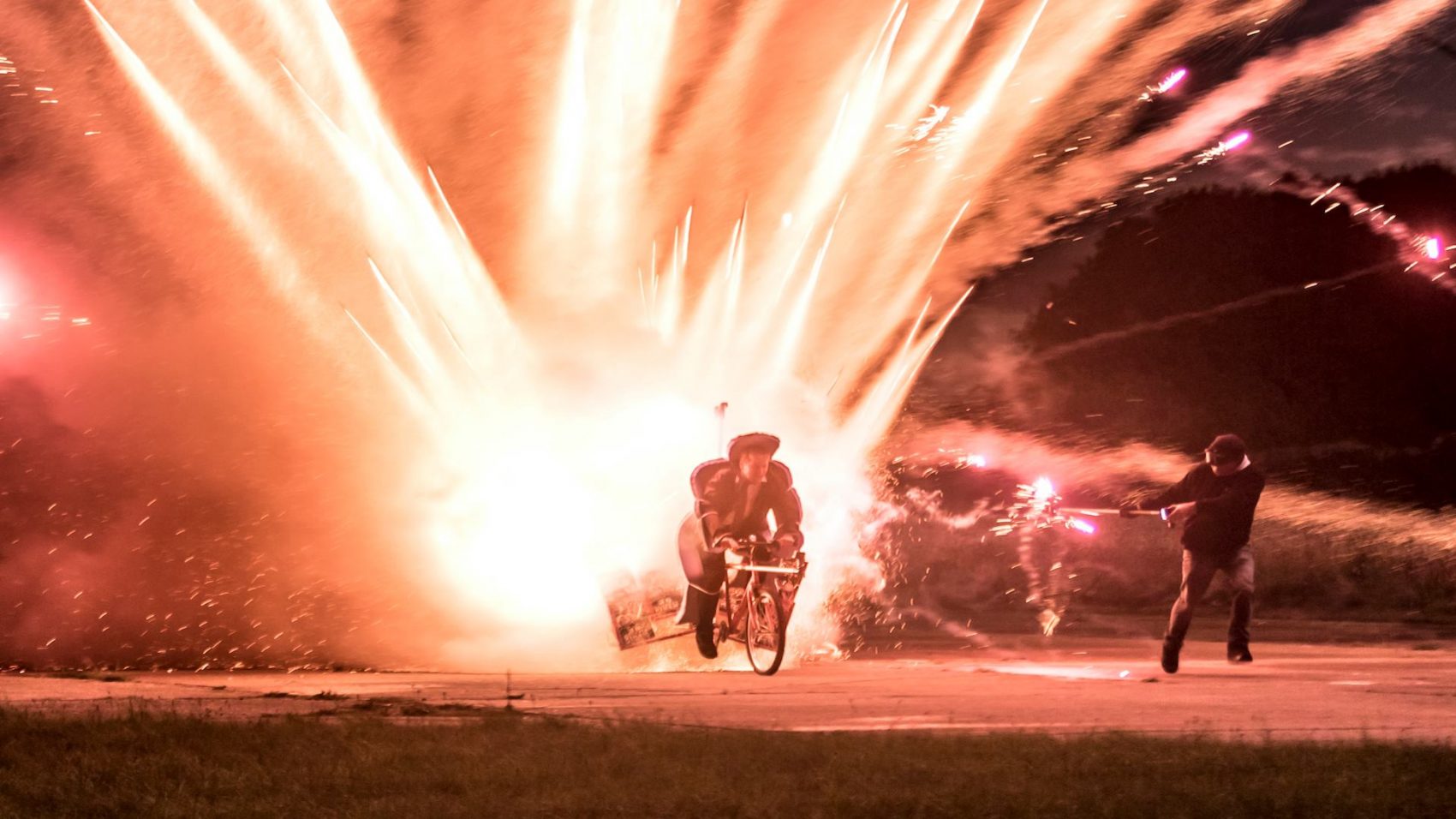 Inventor Colin Furze sets off ONE THOUSAND ROCKETS from the back of his custom-built BICYCLE in a pedal-powered fireworks spectacular.

As a YouTube-famous inventor Colin Furze is well known for his explosive creations.

But he really has outdone himself this time by taking a simple bicycle and powering it by the thrust of a thousand fireworks.

The video shows Furze about to blast off on his custom-built rocket-laden bicycle near his Lincolnshire home.

Waiting for the sun to set, sets off batches of the fireworks by pushing a button on the bicycle’s handlebars. He essentially turns into a moving parade of firework.

He said: ‘When I was sitting on the bike, I was only one foot away from the first box of rockets, so I was quite nervous.
‘I’m not usually too worried about trying out my inventions but I knew with this one that once I pressed the button I couldn’t reverse it.’

Curze, a former plumber, was not harmed