Colnago Alleged to be Holding Up Direct Énergie’s UCI Registration 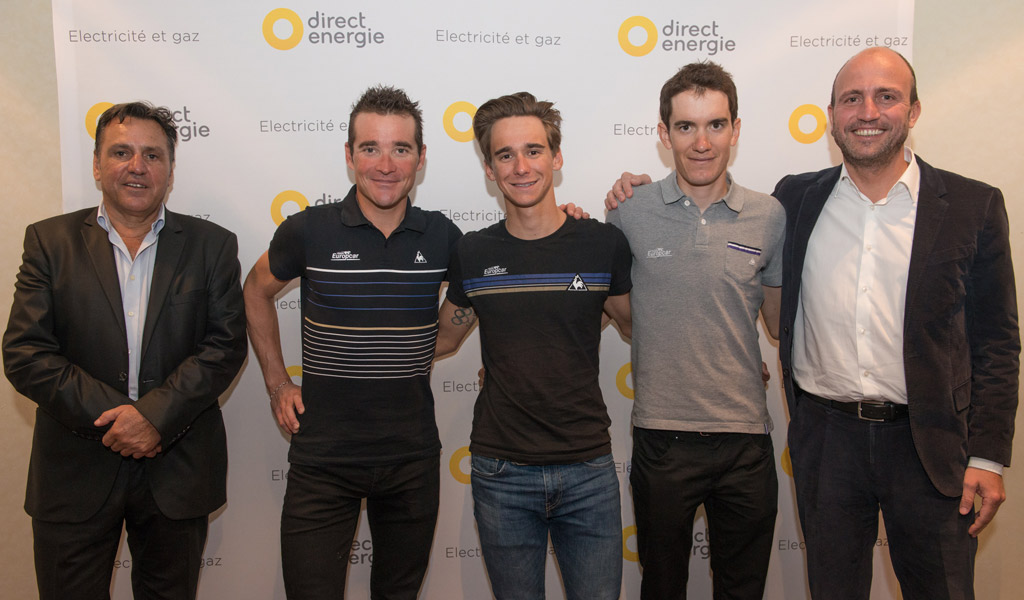 A behind the scenes rift between Colnago and Direct Énergie, is believed to be holding up the new French team’s UCI registration for 2016.

Direct Énergie is the metamorphosis of Team Europcar, who decided to discontinue sponsorship of Director Jean-René Bernaudeau’s team for 2016.

According to an article in the French media source, Ouest France, the SA Vendée Cyclisme management company that administers the team, has been forced to pay-out salaries to Europcar’s staff from a separate bank account, as a surety to cover salary payments for three months, as required by UCI regulations prior to the granting of a license.

Ouest France reports, that Bernaudeau was summoned to the UCI’s headquarters in Aigle, Switzerland last week, to explain the reasons why salary payments were made from Europcar’s bank account.

According to Ouest France, the reason behind the questionable transaction, stems from a behind the scenes financial dispute between Bernaudeau and the team’s bike supplier – Colnago.

The article claims, that tensions first arose, when Europcar’s, Pierre Rolland, urged the team to switch bike suppliers, prior to the start of this year’s Tour de France.

As result of Rolland’s criticism, Colnago is alleged to be withholding the final payment owed to the team, in the amount of €600,000.

“The licensing commission asked Bernaudeau to clarify the situation and normalise the situation. Drawing on the bank guarantee is not a positive sign to send to the judges,” Ouest France’s wrote.

This is not the first time that Bernaudeau has found himself in dire financial straits, as his former Europcar team was demoted from WorldTour status last winter, as a result of a budget shortfall.

The issue is now in the hands of a court based in Roche-sur-Yon, France, where SA Vendée Cyclisme is located.

Judgement in the case is due to be delivered on 14 December.