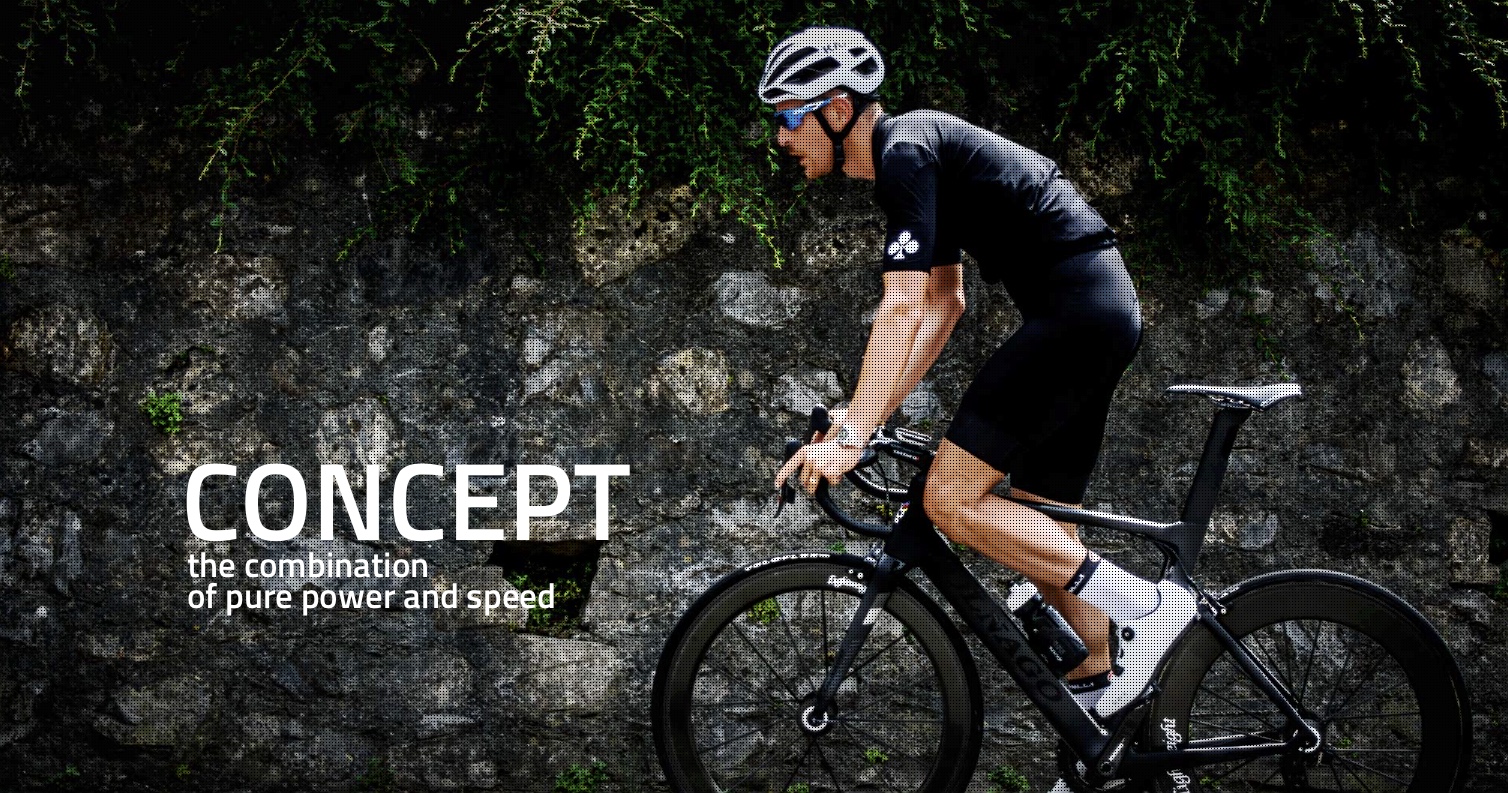 Colnago unveiled its new Concept aero road bike during this week’s Eurobike show, which features more kammtails and aerofoils than one could shake an Italian bastone at.

According to the Italian marque, no fewer than 41 variations of the Concept were embarked upon before coming up with the final version, which they say offers similar stiffness to that of its current C60 and V1-r framesets, but with far less vertical compliance.

However, Colnago claims, the Concept is capable of saving a medium size rider 20 watts at 50 km/hr at a zero-degree yaw angle, over the aforementioned models.

The Concept’s fork mimics most of the features of the V1-r (albeit with more of an aero profile), but allows for even more tire clearance – up to 28mm.

In addition, the fork crown has also been tweaked, wherein a concave section behind the crown has been added in order to mitigate vortices caused by the spinning wheel, thus reducing drag.

To make the Concept even more slippery, it was treated to an hour-glass shaped, aerofoil head tube, which features a conservative 1 1/4in to 1 1/8in taper, along with a custom headset with special cups made from a composite of carbon, nylon and elastomers.

Other key designs and tube profiles include, a truncated downtube, a wedge style aero seatpost, Colnago’s propriety Threadfit 82.5 bottom bracket system, which accepts a standard BB86 bottom brackets, but adds threaded cups to the frame that can be replaced in the event of wear and direct mount brakes.

While the Concept accepts standard stems and handlebars, Colnago decided to offer “a full aero package”, which includes a full-carbon stem that uses a special wedge system rather than a conventional removable faceplate, along with a newly developed aero-bar that features aerodynamic covers for the wedge bolts that sit on both sides of the stem for a clean, aerodynamic look.

With a claimed weight of 990g (sans paint) for the frame, and 400g for the fork, the Concept won’t win any weight weenies awards. But, then again, neither will most other aero bikes for that matter.

After all, it’s all about cheating the wind and saving watts – so they claim.

Pricing for the Concept is yet to be confirmed, but Colnago says it should fall between the C60 and the V1-r.