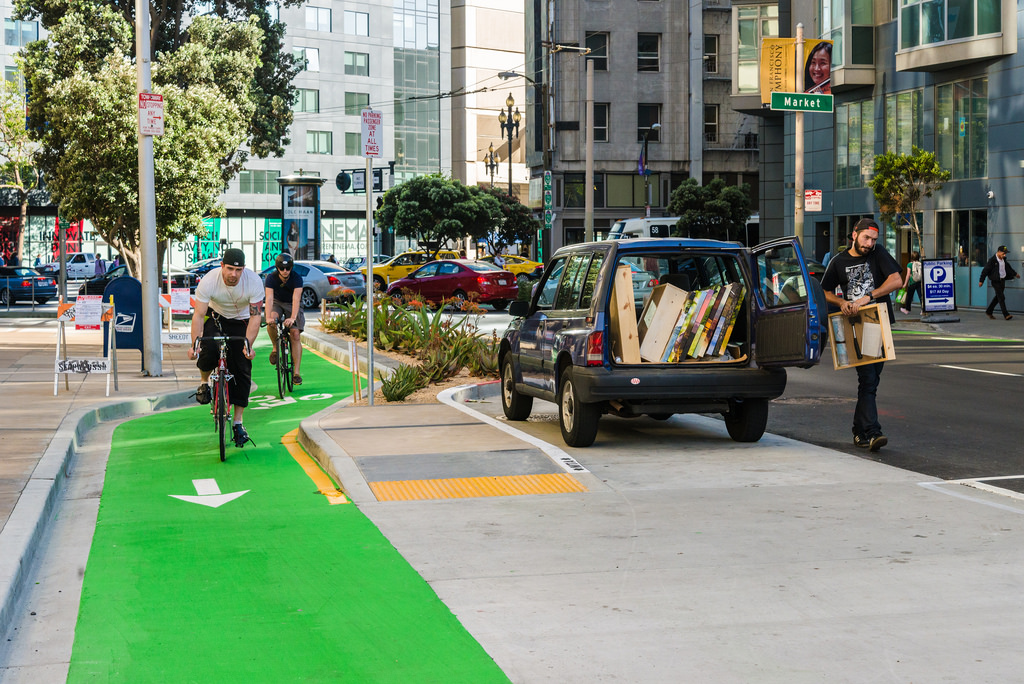 Upon completion, the lane will link the city’s blocks between Market Street, Gough and 12th Street – heading eastbound.

According to officials, the Market Street area provides an excellent proving ground for this type of project, due to its high concentration of urban cyclists, who take to their bikes as a primary source of transportation – on a continual basis.

THE BENEFITS OF RAISED BIKE LANES

First and foremost, dedicated, raised bike lanes provides cyclists with a safety buffer from motor vehicles and pedestrians by virtue of eliminating congestion and competing traffic – similar to successful models implemented in many European cities.

Furthermore, raised bike lanes are perfect for narrow streets, as they can be constructed without dismantling existing roads, where space is already scarce.