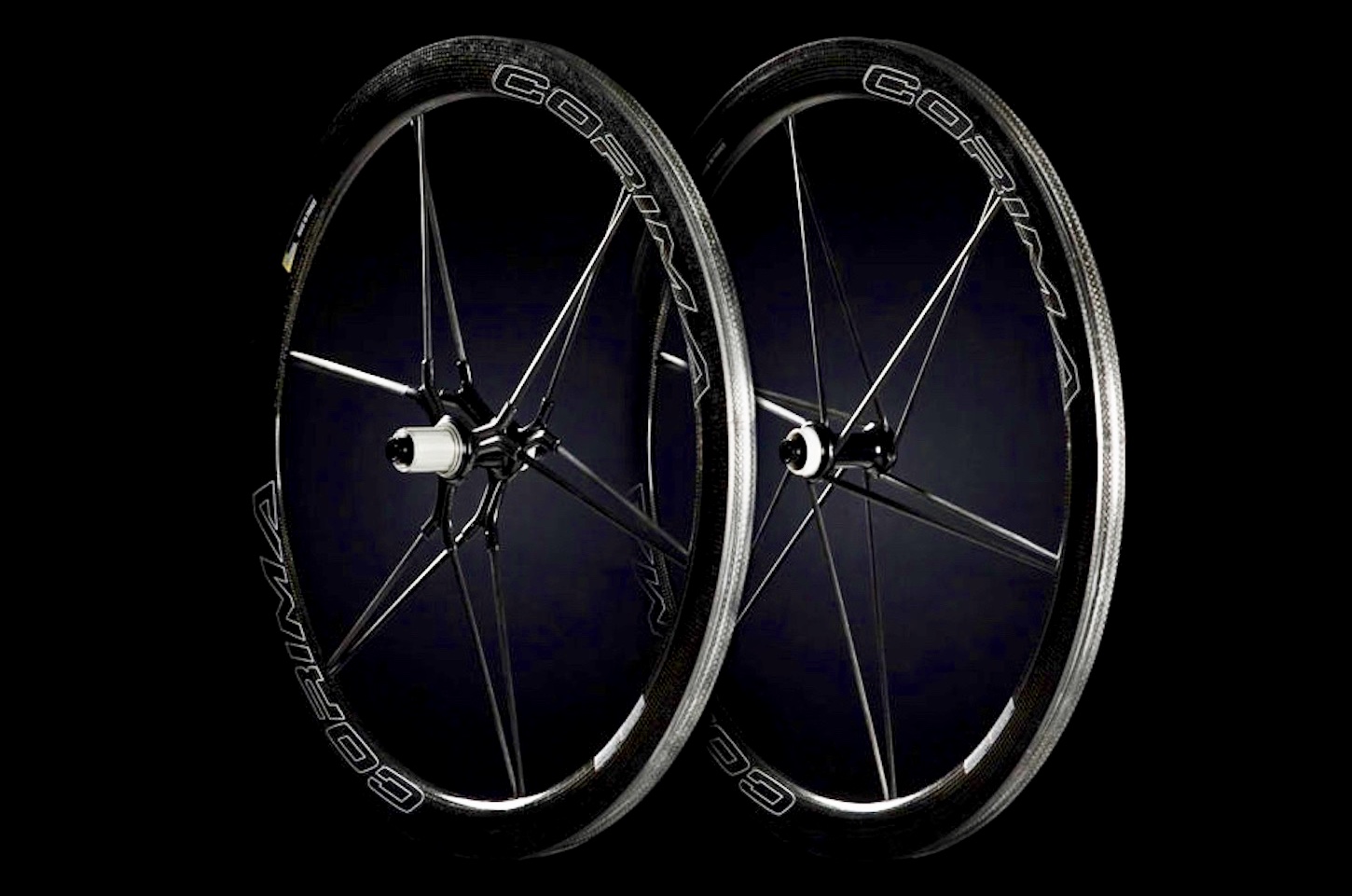 Corima has unveiled its latest wheelset called the MCC DX, offering both disc brake and tubeless-ready technology, a first for the French brand in a full-carbon design.

Just when you thought Corima’s existing MCC S+ full-carbon were a marvel of engineering excellence, the rear wheel of MCC DX features a new radical spoke design that’s laid-out in a Y-shape pattern, which the iconic wheel maker says is designed to better handle “drivetrain” and “braking” forces.

Aerodynamics also played an important role when designing the MCC DX, which also features a 12-spoke design similar to the MCC S+. However, Corima claims the new lay-out resulted in a 9% reduction in drag up front, and 18% in the rear.

Additionally, in order to make tubeless-ready technology work with the MCC DX, Corima had to develop a new rim profile, which now features a small channel at the base in order to allow any air and sealant to escape through a check valve, thus preventing either from becoming pressurized and getting trapped inside the rim cavity and causing damage. Moreover, the deep center channel makes mounting tires easier, while the rim’s small bead hook design allows for higher air pressures to be run.

For traditionalists, the MCC DX is also available in a tubular version, offering both 32mm and 47mm variants as well.

Corima says the new MCC DX wheelsets will be available starting in late May – early June.