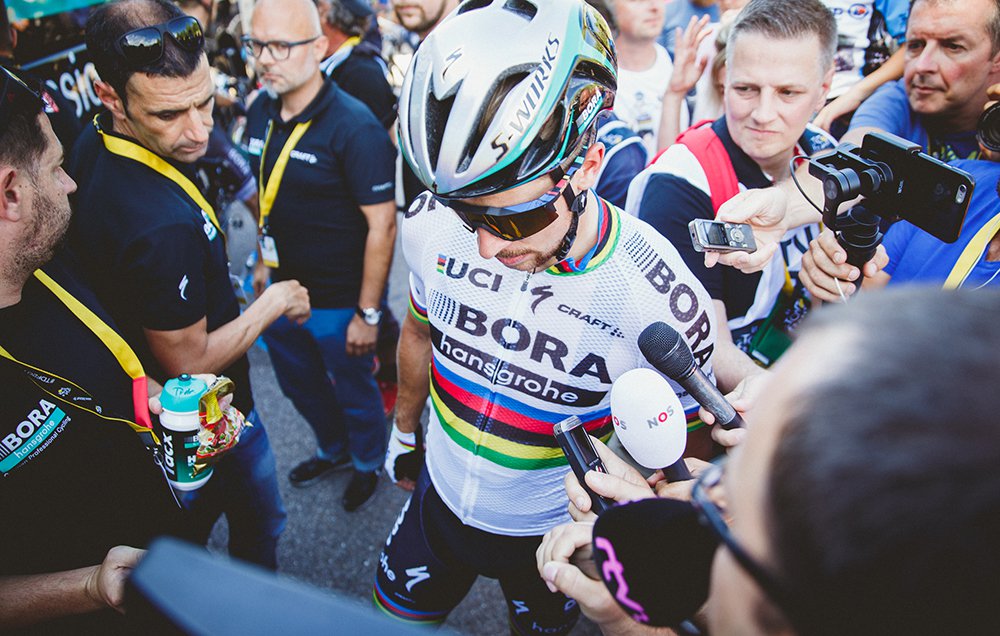 The Court of Arbitration for Sport (CAS), rejected an appeal submitted by Peter Sagan’s Bora-Hansgrohe team, to reverse the race officials’ decision to disqualify him from the Tour de France.

Bora-Hansgrohe filed an urgent ‘Application for Provisional Measures’ to CAS, in an attempt to have the World Champion reinstated, after officials disqualified him for his involvement in a crash during stage four, which led to Mark Cavendish’s (Dimension Data) withdrawal from the race due to a broken shoulder.

Sagan was initially docked 30 seconds from the General Classification and 80 points from the green jersey points standings, but the Tour de France race jury later decided to expel the Slovakian rider from the race.

Furthermore, the rules of cycling’s governing body, the Union Cycliste Internationale (UCI), state that a race official’s decision cannot be appealed against, leaving Sagan and his team with no hope of reinstatement at this point.

The CAS released a statement in the mid-afternoon on Thursday, confirming that the stage three winner Sagan would remain disqualified.

“The Court of Arbitration of Sport (CAS) issued a decision rejecting an urgent request for provisional measures filed by the Slovak cyclist Peter Sagan and the Denk Pro Cycling teamin the afternoon of 5 July 2017,” the statement read.

“The rider and team appealed the exclusion of the rider by the UCI Commissaires Panel on 4 July 2017 following an incident during the sprint phase at the end of the 4thstage of the 2017 Tour de France (Mondorf-les-Bains to Vittel).”