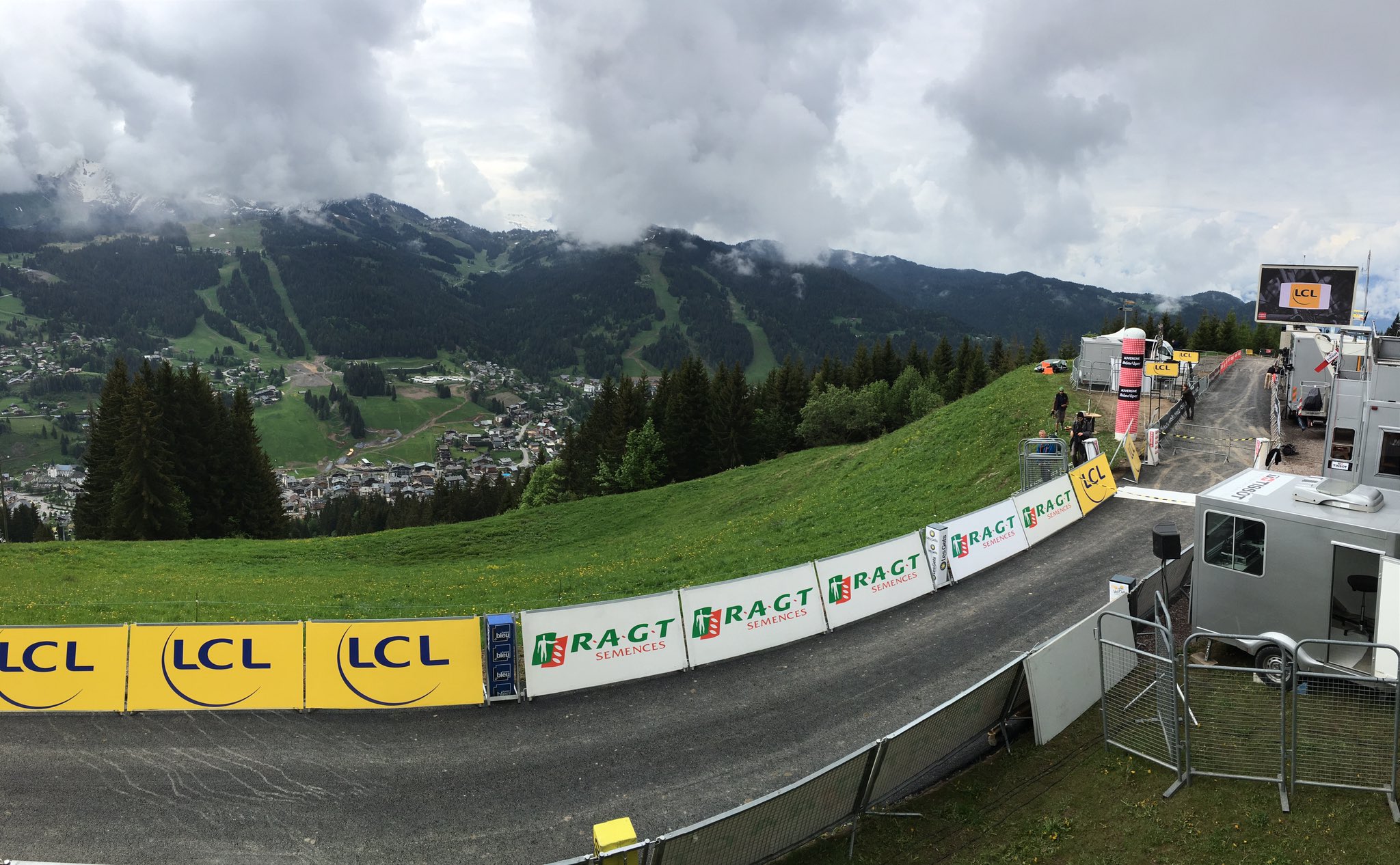 “It’s a bit of a surprise to beat Froome and Porte, but I knew that I could do well. I didn’t think that I could win,” a happy Contador said after the race.

“It was only a four-kilometre prologue, but that was really tough. There were gradients of 20 per cent, and I was running out of legs and just squeezing every bit out for the line,” said Froome. “I’m happy with the numbers and the feelings I had on the bike. I’m in good shape but I’ve still got some work to do, and we’re a month out from the Tour still. I’m glad that’s out of the way.

“I had a look at the weather and in the last few days here it’s been raining in the afternoons here. Also, I just thought it would be easier to just get up and race, rather than wait all day. It also gives me a bit more recovery for tomorrow.

Louis Meintjes (Lampre-Merida), that set the first benchmark time as he stopped the clock at 12:30. He didn’t have long to wait until Adam Yates (Orica-GreenEdge) kicked him off the hot seat, who was subsequently bettered by Julian Alaphilippe (Etixx-QuickStep). Alaphilippe, brimming with confidence from his recent Tour of California victory, put in a dominating performance to set a time of 12 minutes flat.

Froome was the first rider to break through the 12-minute barrier – setting a time of 11:49.

Contador, who was the third from last rider to set off, had already caught his minute man Arthur Vichot (FDJ) before the halfway point.

With no intermediate checks, it was a nervous wait until the Spaniard entered the final kilometer well ahead of Froome’s time. And, by the time he reached the finish line, he was 13 seconds quicker than Froome.

Porte was next to stop the clock, going six seconds short of the time set by Contador ensuring that the Tinkoff rider laid claim to the first leader’s jersey of the race.