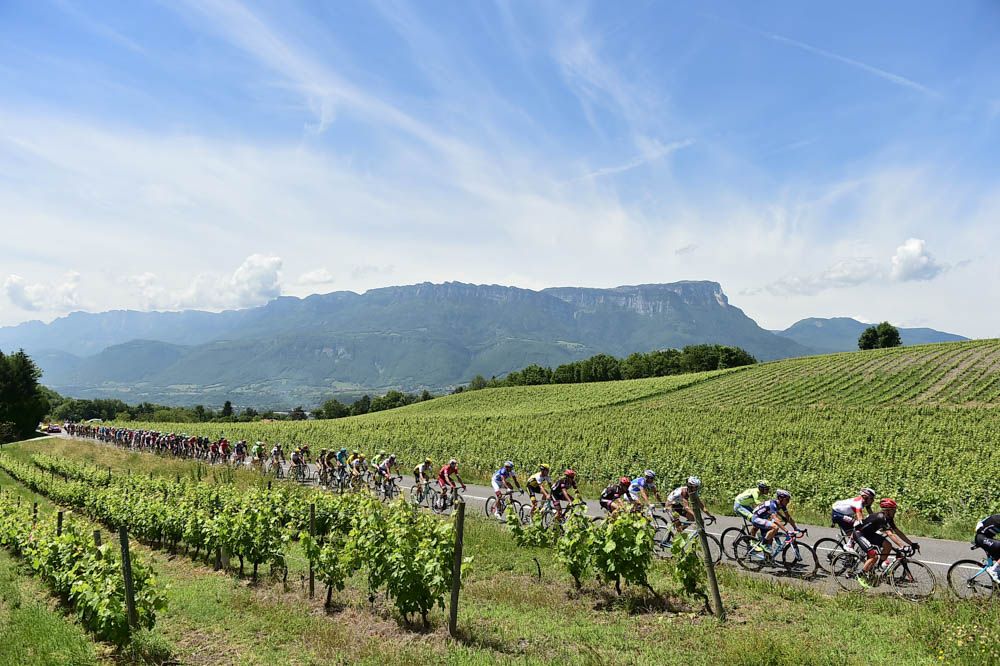 Today’s victory not only netted Froome the stage honors, but also moved the British rider into the overall race lead.

Richie Porte (BMC) was the only rider able to follow when Froome accelerated during the final 2.5 kilometers of today’s summit finish, with the Tour de France champion ultimately beating Porte in a two-man drag race to the finish.

Meanwhile, Alberto Contador was forced to surrender his leader’s jersey, after failing to stay on terms with Froome’s winning move, eventually crossing the finish almost 20 seconds down on the winner.

What remained of the day’s breakaway group was holding onto an advantage of 1:53, heading towards the mountain finish of Vaujany.

However, with 5 kilometers remaining, Mikel Landa (Team Sky) launched from the peloton, taking Brent Bookwalter (BMC) along with him.

From there, Landa and Bookwalter caught the last of the breakaway riders, Enrico Gasparotto (Wanty-Groupe Gobert), with the peloton not far behind them.

Moments later, Dan Martin (Etixx-Quick Step) launched an attack during the final 3 kilometers, which was closely marked by Contador and Porte, with Froome initially hesitating to react.

But, the Sky rider eventually launched an attack of this own, with Contador, Porte and AG2R’s Romain Bardet quick to respond.

However, Porte managed to stick with his ex-teammate, while the duo proceeded to build up an unassailable lead.

Meanwhile, Adam Yates (Orica-GreenEdge) quietly made his way up to Contador and Martin, but the trio were unable catch the leaders.

Froome took to the front under the flame rouge, as the two riders battled neck and neck during the last 300 meters.

In the end however, Froome succeeded in sailing past Porte during the final uphill stretch to seize the stage victory.

In the meantime, Yates managed to pipe Contador and Martin for third place, thus moving the young British rider further up the leaderboard ahead of Saturday’s queen stage to the ski resort of Meribel.

Froome now leads Porte by seven seconds in the overall classification, followed by Contador who fell back to third spot – 27 seconds down on the leader.