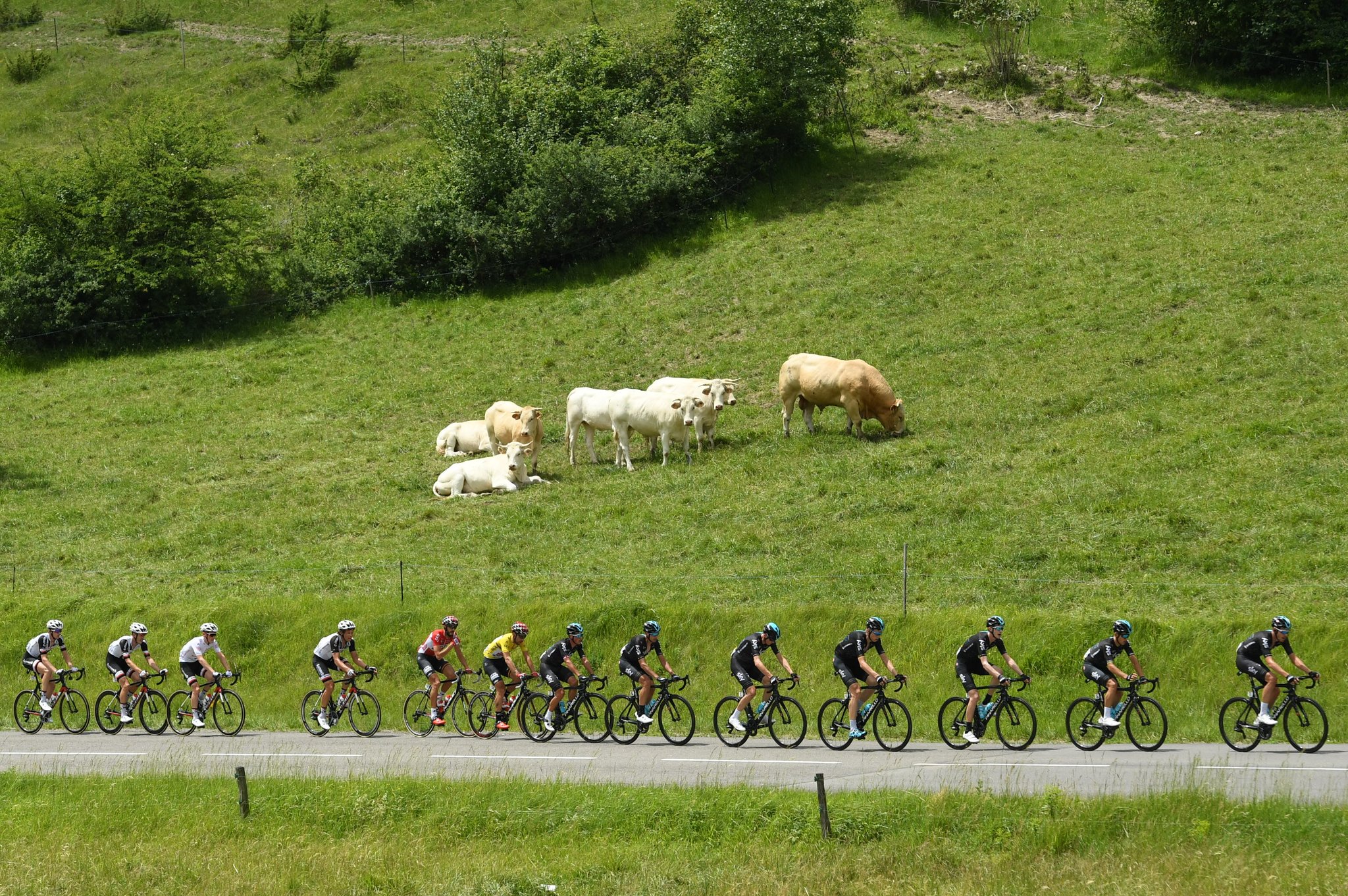 Aru, who was first atop the demanding ascent up the Mont du Chat, after attacking some four kilometers from the top, was caught in the descent by Froome, Porte and his teammate Fuglsang.

Fuglsang narrowly beat Porte in photo-finish, followed closely by Froome at a couple of meters behind.

Porte leads his former teammate Froome in the overall classification by 39 seconds, followed by Fuglsang in third place, at 1:15 behind.

Meanwhile, Alejandro Valverde (Movistar), whose early attack in the Mont du Chat backfired, is in fourth place at 1:20 behind, after conceding 50 seconds during today’s stage.

Fellow Spanish rider, Alberto Contador, lost 1:06, and now sits in sixth place,  at 1:47 behind Porte as the Tour de France’s warm-up race reaches its climax on Saturday in the penultimate stage, a brutal effort featuring the ascent of the Col de Porte and the Col de Sarenne with a finish up l’Alpe d’Huez.

Pauwels briefly became the race’s virtual leader, but the peloton – even after a crash which saw Alejandro Valverde (Movistar) hit the deck – remained well in control.

After recovering, Valverde decided to initiate an attack once the peloton reached the climb, while yellow jersey Thomas de Gendt (Lotto-Soudal) clung to the back of the group.

Only Bettiol and Naesen remained up the road, while Valverde, along with Rafa Valls (Lotto-Soudal), Johan Esteban Chaves (Orica-Scott) and Aru in pursuit, managed to ride clear of the peloton.

Meanwhile, Simon Yates (Orica-Scott) found himself in trouble back in the peloton, while plenty of attacks came in off the front, with Fuglsang among those pushing the pace.

Fuglsang’s attack was matched by a counter-move by Aru, and the two Astana riders joined forces at the front and set off in pursuit of Naesen, who at that point was riding solo.

At the back of the GC group, Bardet, Valverde and Alberto Contador (Trek-Segafredo) were all dropped on the climb, but Froome and Porte took off from the front in pursuit of the Astana duo.

The two former Team Sky teammates worked well together to shut down the gap, though Aru had a small gap over the top of the climb.

But Froome held nothing back on the descent, attacking corners with fervor, darting around the hairpin bends and accelerating into the straights.

From there, Froome soon became the lone leader, though Porte, Fuglsang and Aru were always within touching distance as the group came back together once the road leveled out.

In the meantime, Valverde’s group was almost a minute behind still, while all four of the leaders took turns on the front in order to maintain their advantage.

Fuglsang was first to show his hand, attacking just before flamme rouge, but the four were back together again inside the final 500 meters and it was Froome who opened up his sprint first.

The Tour de France Champion appeared to be put distance on Fuglsang, while Porte appeared blocked in. However, both riders mananaged to get back on terms with the Danish rider ultimately snatching the victory in a photo finish.