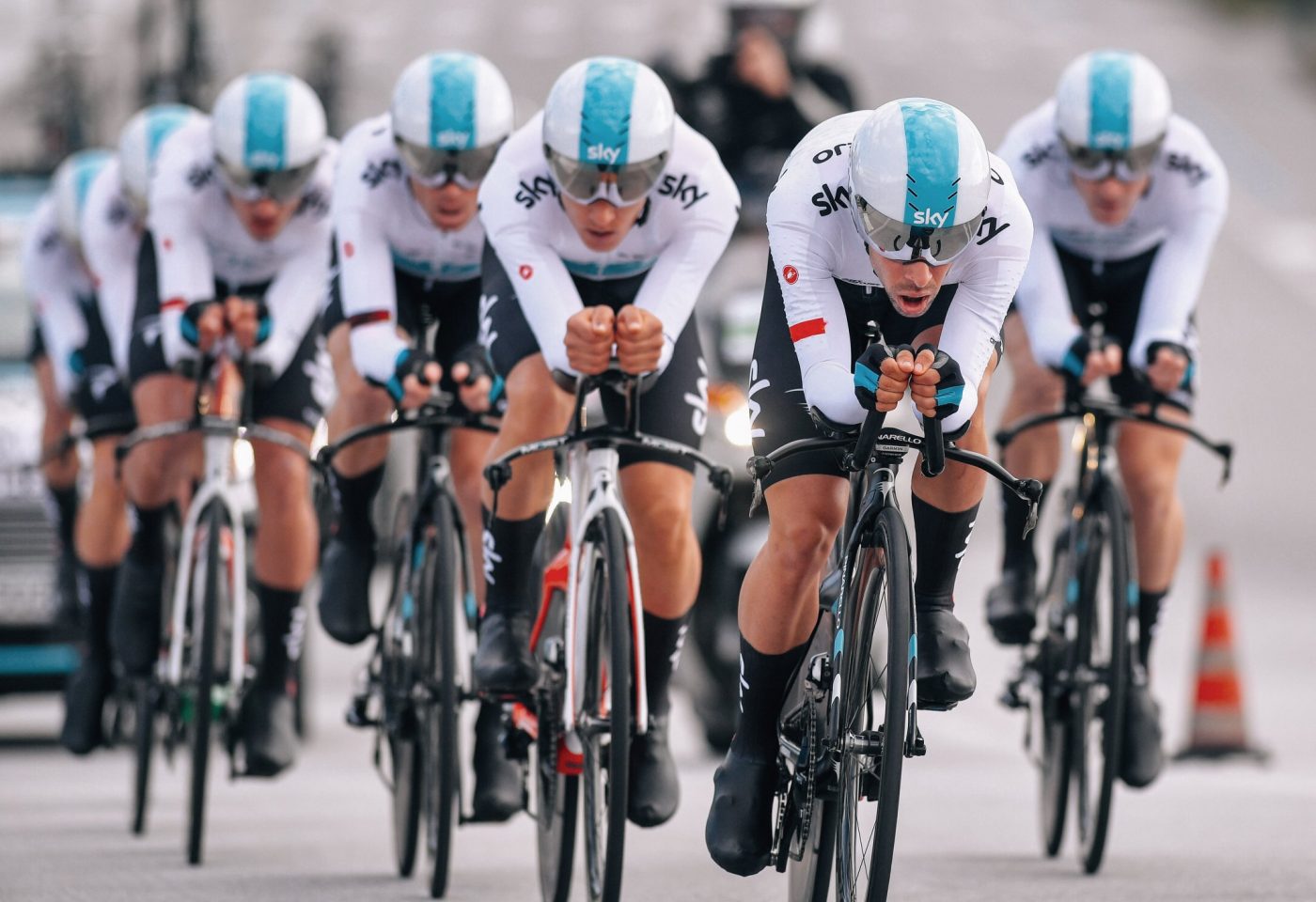 Team Sky claimed today’s team time trial in the Critérium du Dauphiné, after beating pre-stage favorite BMC Racing by more than half a minute along the 35 kilometer course from Pont-de-Vaux to Louhans-Châteaurenaud.

As a result, Team Sky’s Michal Kwiatkowski regained the leader’s jersey in the overall classification with an advantage of more than one minute over Adam Yates (Mitchelton-Scott), almost two minutes over Romain Bardet (AG2R-La Mondiale) and more than two minutes over Vincenzo Nibali (Bahrain-Merida) ahead of four big mountain stages.

Team time trial world champions Sunweb started first but their finishing time was successively beaten by the three following teams, Vital Concept – it was the first ever TTT for the new French team and Bryan Coquard’s only second TTT after stage 9 of the 2015 Tour de France with Europcar –, Dimension Data and LottoNL-Jumbo.

Vincenzo Nibali’s Bahrain-Merida squad completed the course in a relatively modest time, while Romain Bardet’s AG2R-La Mondiale beat the other pre-race favorite for the overall classification by 35 seconds.

Bardet’s team showed their improvements in the team time trial, hoping to limit their loss to one minute but Team Sky smashed all their adversaries in 36’37’’ at the average speed of 57.350km/h on a pan flat course with mostly tailwind and very few curves.

In the overall standings, the British squad took the first four positions with Kwiatkowski back in the lead after only day, Gianni Moscon, Jonathan Castroviejo and Geraint Thomas.