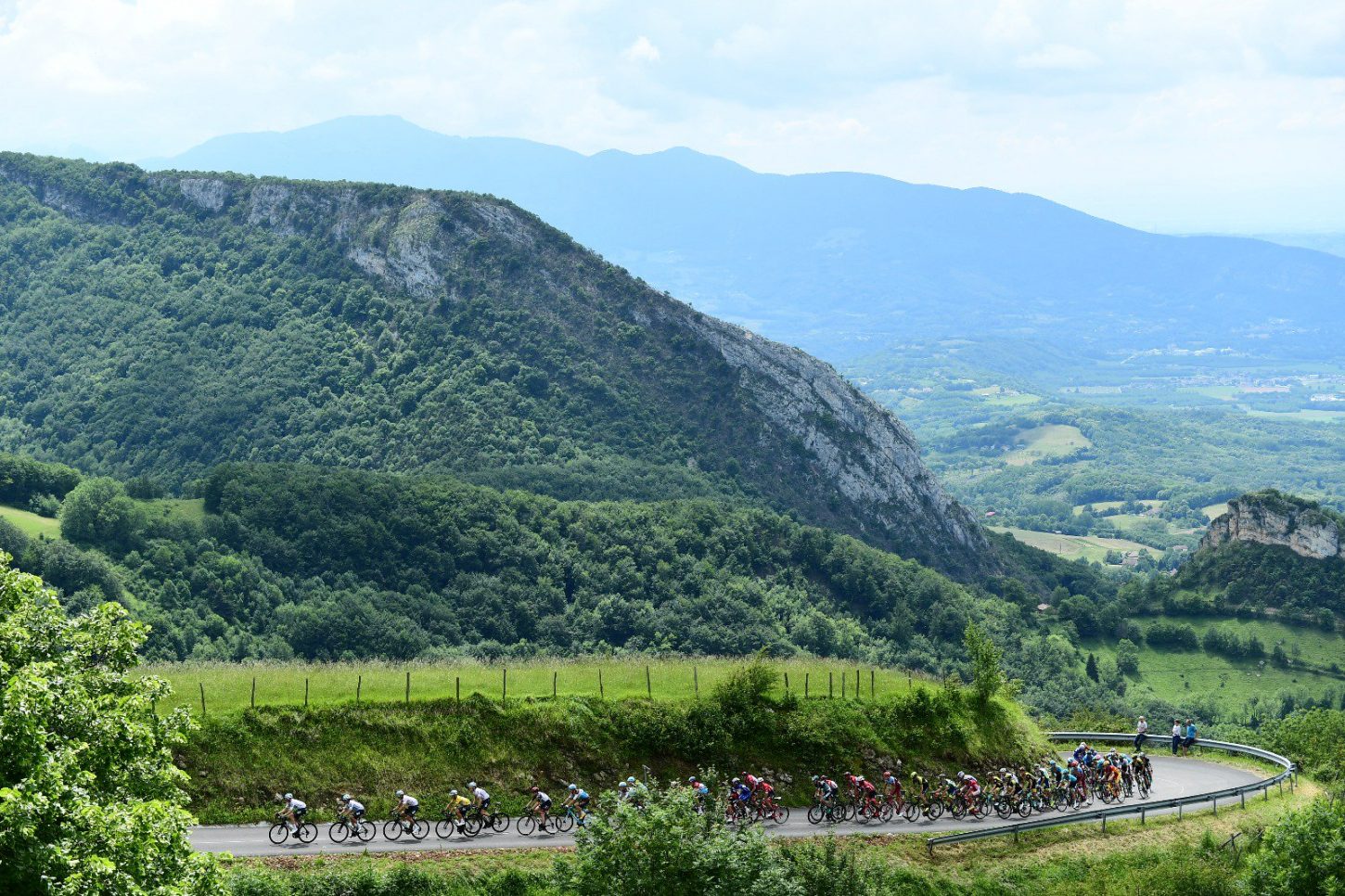 Martin had commenced an attack just outside the final kilometer, only to be outsprinted by Alaphilippe during the final uphill kick to the finish, while Geraint Thomas (Team Sky) and Romain Bardet (AG2R La Mondiale) finished third and fourth respectively.

The fast pace of the peloton prevented any attack from generating a breakaway for the first hour and a half of racing.

The peloton didn’t react this time, allowing the escapees to establish a maximum advantage of more than 5 minutes.

Eiking later attacked his fellow breakaway companions 11 kilometers from the summit of this year’s Hors-Category climb of Mont Noir, but it was Cataldo who crested the summit first.

From there, the Italian rider forged ahead solo, later opening up a lead of almost two minutes over the chase and three half minutes ahead of the peloton led by Team Sky.

With 10 kilometers to go, the peloton had reined in all but Cataldo, who continued to remain out front with more than a two minute lead.

At one point. Nicolas Edet (Cofidis) attacked from the peloton, but was quickly reeled back in with 4 kilometers to go.

Team Sky proceeded set a steady pace to reduce the gap to Cataldo, who was eventually swallowed with only 300 meters remaining.

But, it was Alaphilippe who ultimately emerged victorious after overtaking his rivals during the final few meters.