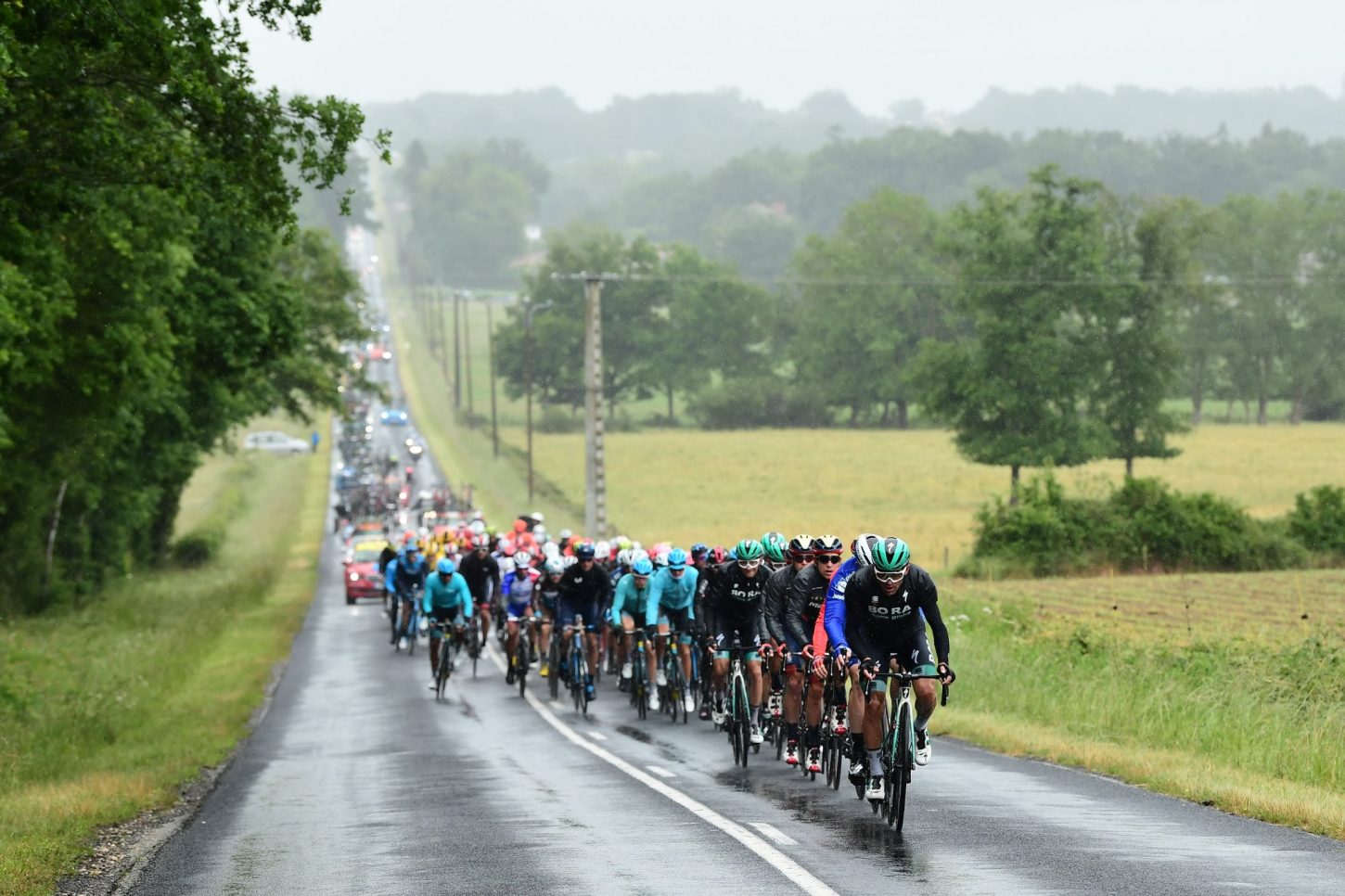 Bennett was moved into perfect position by his final lead out man Shane Archbold during the final 200 meters, sprinting ahead of the rest of the pack to win with enough time to sit up and celebrate.

However, after a valiant attempt to remain clear for most of the stage, the duo was eventually caught with just over 12 kilometers to go.

Jumbo-Visma, Dimension Data and Quick-Step then began amassing at the front of the peloton in a fight for position during the final kilometer.

Bora-Hansgrohe then made a late surge at the front with 500 meters remaining, moving Bennett into ideal position to contest the sprint.

After Archbold dropped off Bennett, there was nothing anyone could do to match the Irishman’s final acceleration.