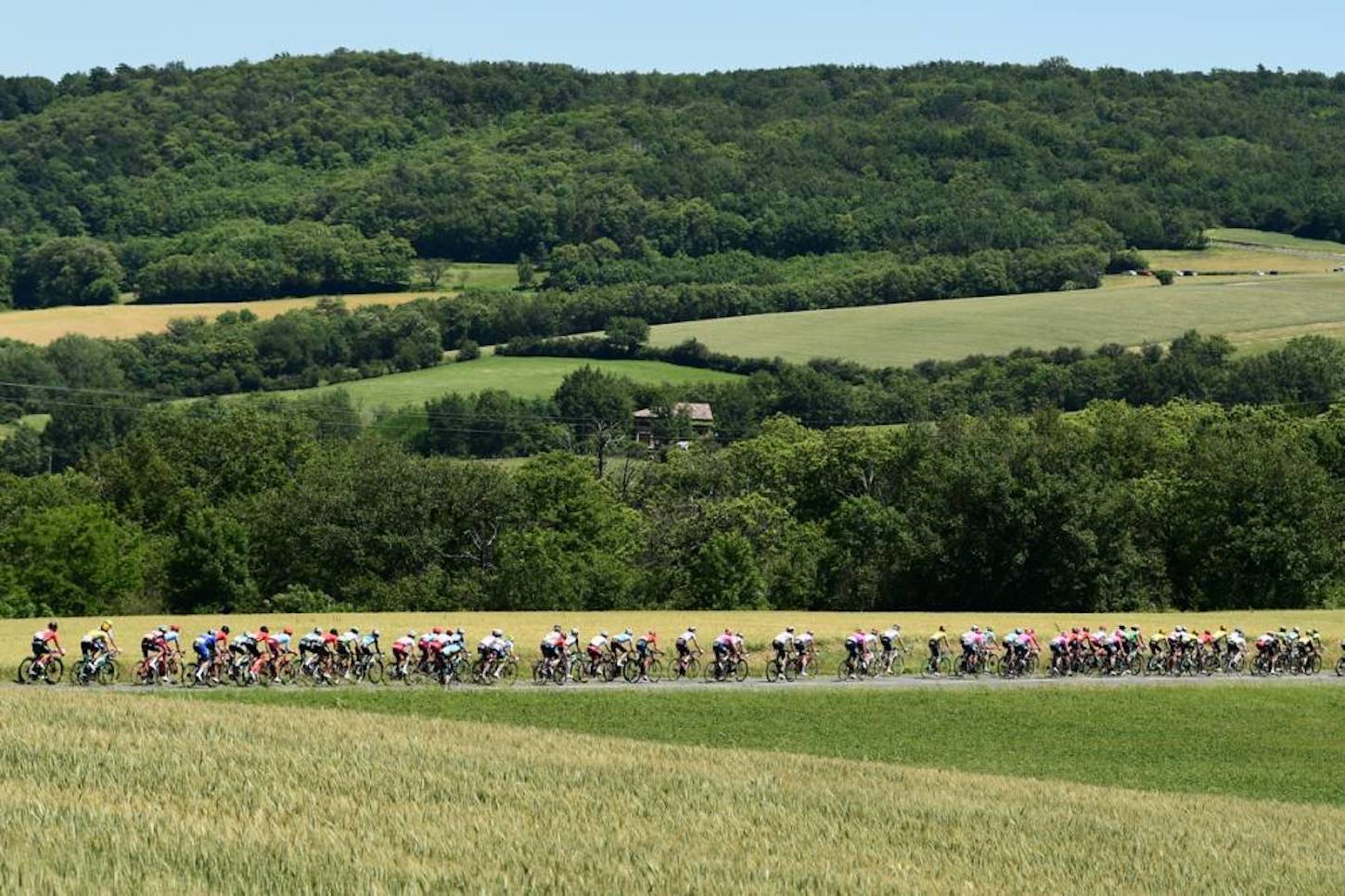 Wout van Aert (Jumbo-Visma) made it back-to-back victories in the Critérium du Dauphiné today, after the Belgian rider emerged victorious from a chaotic bunch sprint in Voiron to beat Sam Bennett (Bora-Hansgrohe) and Julian Alaphilippe (Deceuninck-QuickStep) and seize the stage honors.

Meanwhile, Adam Yates (Mitchelton-Scott) finished safely in the peloton to retain his grip on the yellow jersey, leading Dylan Teuns (Bahrain-Merida) by four-seconds in the overall classification.

From there, the escapees went on to establish an advantage of more than three minutes over the peloton.

However, after a long day out front, their time in the limelight was eventually brought to a close during the final 2 kilometers, with De Marchi being the last to get reeled in just before the Flamme Rouge.

Edvald Boasson Hagen (Dimension Data) and Philippe Gilbert (Deceuninck-Quick-Step) decided to attack during the last kilometer. But, the duo’s aggressions were quickly neutralized.

Van Aert seized upon the hesitation of the peloton, hitting the front with a powerful acceleration that proved unassailable by his rivals.