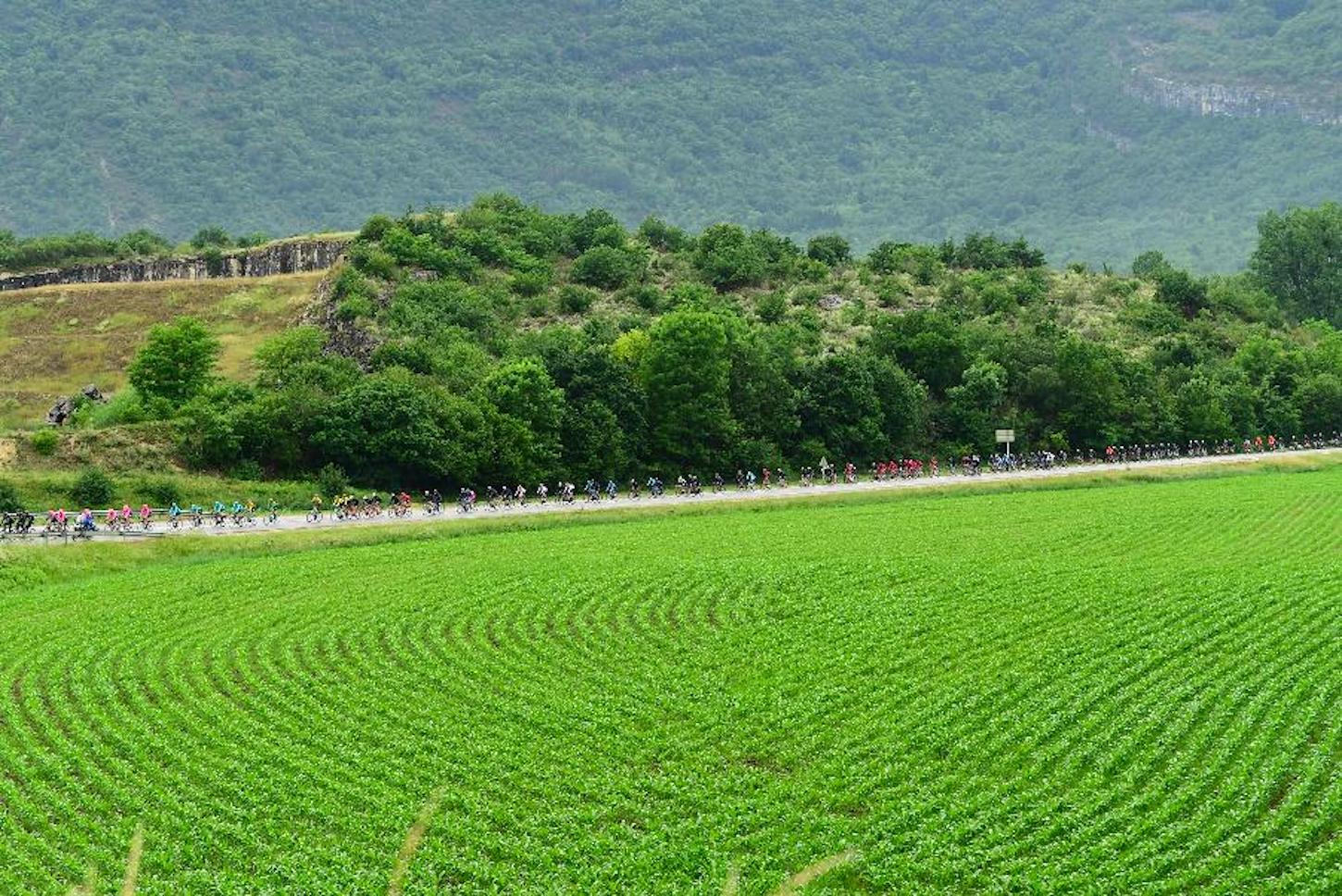 Alaphilippe, Mühlberger and De Marchi escaped the peloton early on in today’s stage, subsequently building up a substantial advantage of more than 12 minutes that would hold until the final climb.

It was along the final climb that Alaphilippe attacked, taking Mühlberger along with him, while De Marchi was dropped.

From there, the two riders battled it out all the way to the summit, with Alaphilippe nixing his Austrian rival in a photo finish.

De Marchi crossed the line 22 seconds behind, while Adam Yates arrived with the peloton a further 6:10 later to retain his grip on the overall race lead.