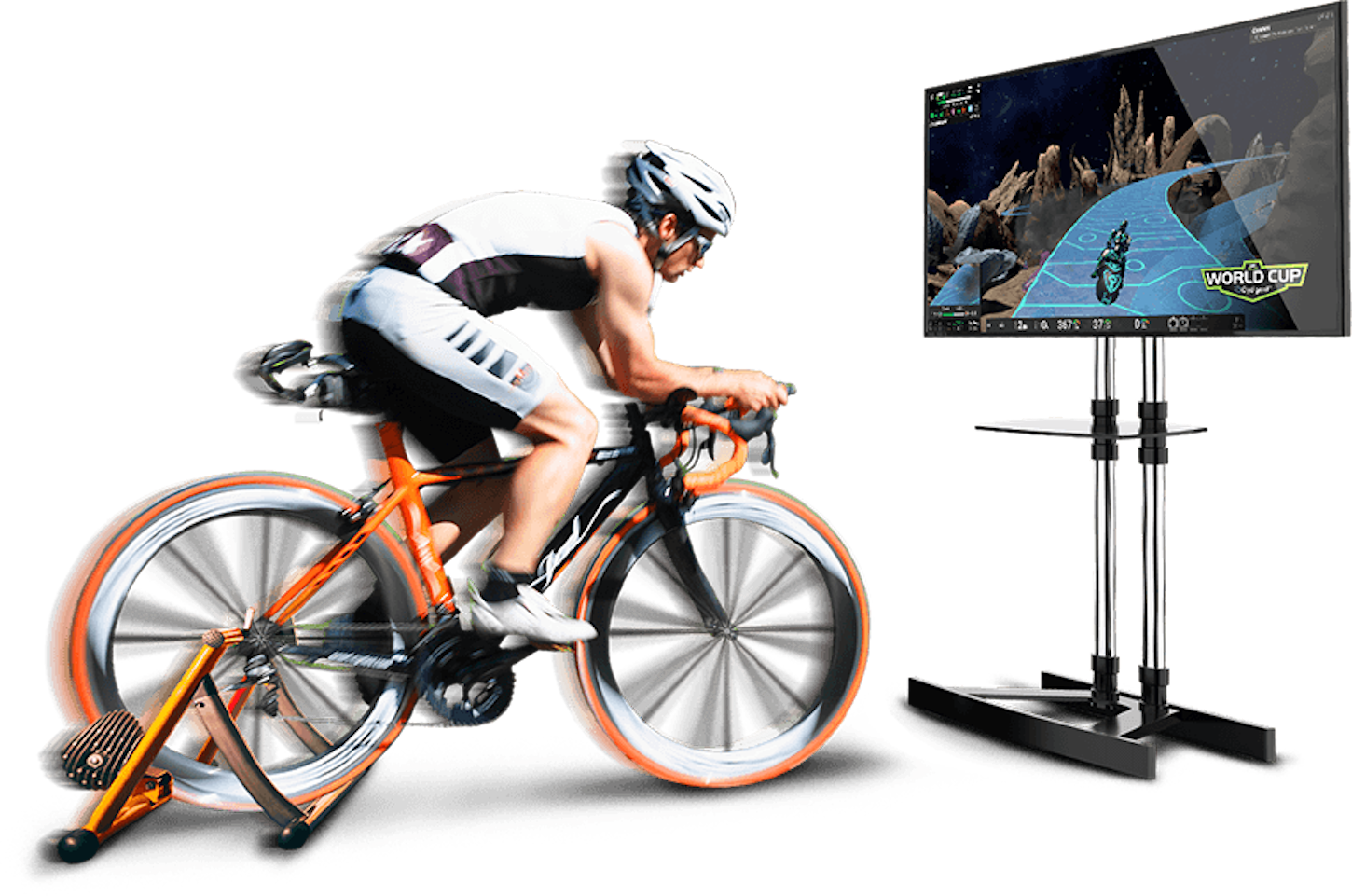 CVRcade is a cycling-centric game that contains a new breakthrough handicapping gaming technology called Physical Equalization, wherein players with varied cycling and physical fitness abilities can use it to compete against each other with equal virtual strength. This means anyone can physically compete against their friends, family members, colleagues, or even a top pro cyclist and have a chance to win thousands of dollars.

“As the only physical eSport, we knew it was important for everyone to have a shot at winning. Some people are just more physically fit than others, and that would discourage some people from playing. Physical Equalization makes it so anyone can play and get immediate fitness benefits, while also having a chance to win large cash prizes.” One of the other benefits of riding physically equalized is that it combats doping and cheating, which plagues cycling training apps, and the sport as a whole,” says Frank Garcia, CEO of Cycligent.

CVRcade also has features that allow users to control both their gaming and riding experience, whereby players can customize their tracks, choose themes, create events, and take advantage of other gamification such as using power ups, drafting, steering, skidding, crashing, and even utilizing wind speed and gradients. The game also contains audio and video channels, allowing players to support each other’s fitness and racing efforts.

Additionally, the platform is supported by both Windows and Apple computers, providing users with two gameplay options. First, they can play “non-physical” using a standard computer with a keyboard or game controller, or they can go “physical” for the ultimate fitness experience riding on an actual bicycle hooked to an electronic trainer and PC.

CVRcade is free-to-play and available for download at https://www.cvrcade.com. Spectators can view live CVR World Cup races and weekly live events through their partner Microsoft Mixer (https://mixer.com/cvrworldcup) or on Facebook (https://www.facebook.com/CVRcade).