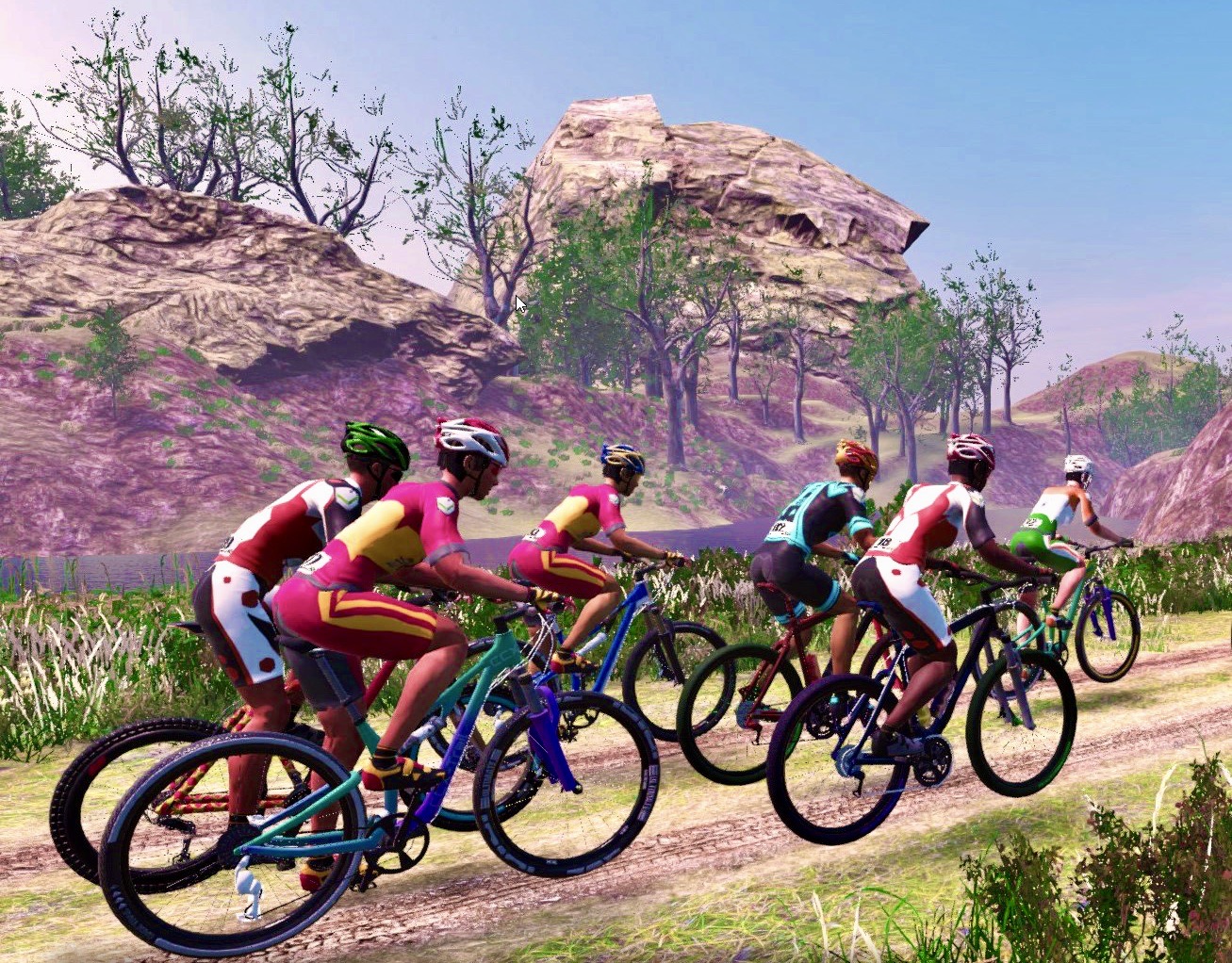 After years of development, Cycligent is ready to launch its new CADEsport virtual cycling platform, touting it as being “the latest, fairest and most inclusive virtual cycling experience on the planet.”

“CADEsport is different from anything else out there because of our innovative physical equalization system that allows players of varied physical strengths to play together equally in a virtual environment,” says Cycligent’s Vanessa Mauerhan.

“CADEsport also has real-world physics, including steering, braking, drafting, and crashing. Our users can select their bike and components for each activity down to the air pressure in their tires, so they have the optimal rolling resistance and grip for the activity they are doing. Our platform allows people of all abilities to ride, race, and work out together without separating them into categories, entering their weight, or worrying about trainer or power meter accuracy. Our system achieves this through its proprietary Pro Power system, which adjusts everyone’s power to that of a pro cyclist,” she adds.

According to Cycligent, its ProPower system automatically adjusts based on the user’s performance over the last 30 days, calculating changes in their performance in order to increase or decrease resistance. The system also features the following three power modes:

• Pro Power: this “normalizes trainer, power meter, height and weight differences so everyone is on an equal playing field no matter what was entered into the system”.

• Raw Power: the idea is that “if you enter your height and weight accurately you will go the same speed you do outdoors.

• Couch Power: this one isn’t physical, it’s for those who prefer to play from the couch.

As mentioned, CADEsport also allows users to steer around other riders, take the best line around corners and brake. But, if they get it wrong or hit an obstacle, they crash.

Users can also choose their position in a group and draft other players in order to save energy, while built-in audio allows them to communicate with their teammates and friends.

Additionally, the CADEsport’s Workout Wizard function allows users to tailor their own training programs, which were created by Hunter Allen and his Peaks Coaching Group. Moreover, users can design their own activities, reference their ride history, including such data as zone distribution, heart rate and other important metrics.

Cycligent has undertaken a crowd-funding campaign on Kickstarter, offering early-backers a discounted subscription of $25 for 3 months, or a yearly subscription with a pledge of $70.