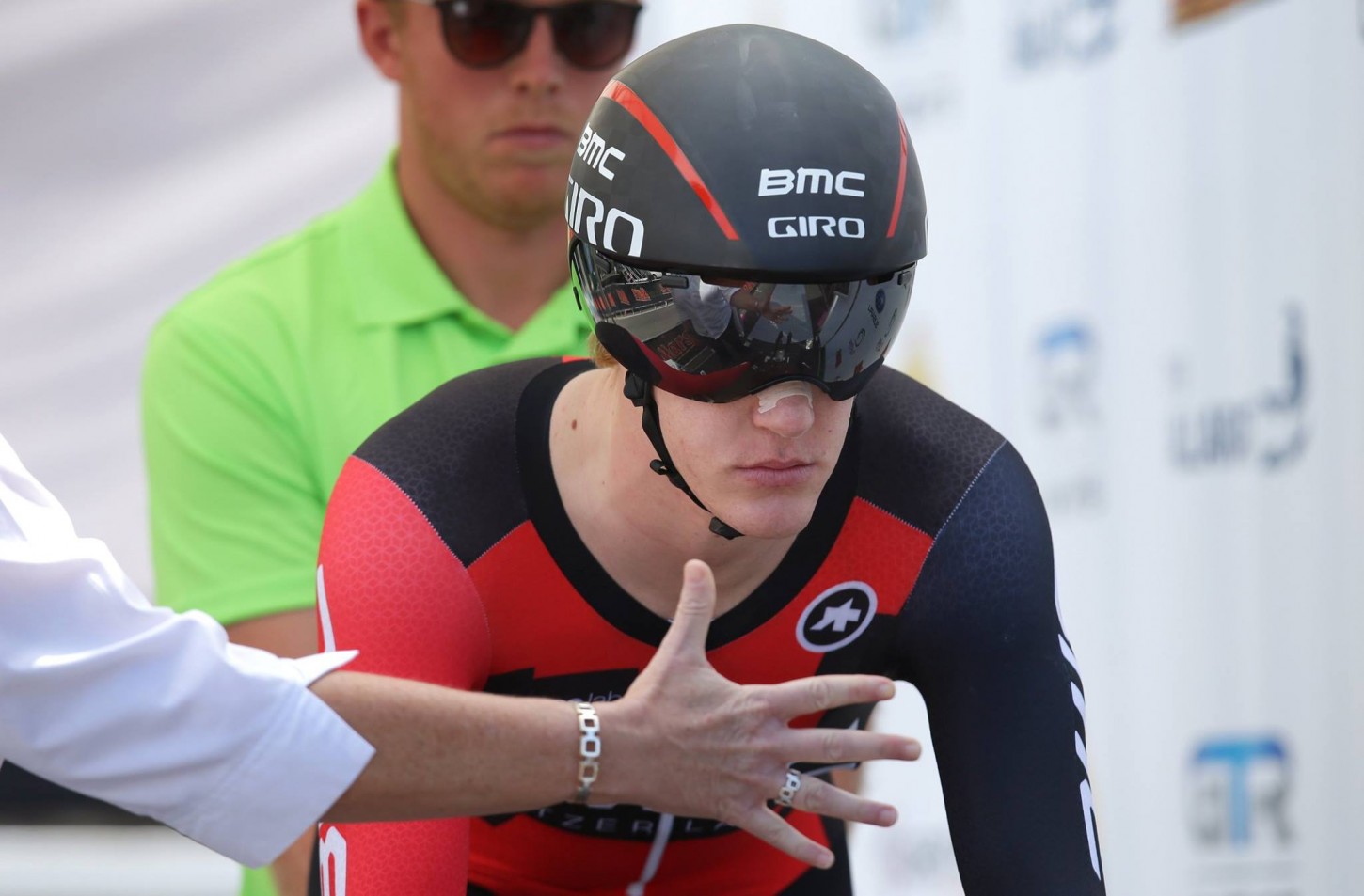 Rohan Dennis (SA) completed a day of back-to-back victories as he flew to the elite men’s time trial title at the 2017 MARS Cycling Australia Road National Championships in Buninyong.

Defending champion Dennis was the final rider to roll down the start ramp before heading out on the undulating course through Golden Plains shire.

A disciplined start saw former winner Luke Durbridge (WA) three seconds faster at the half way point creating an exciting second half of the race. With the win in his grasp Dennis powered home to claim victory in a time of 50minutes and 59.27 seconds, beating his 2016 winning time by over 20 seconds.

Durbridge, held on for second in 51 minutes 57.52 seconds after slowing in the second half of the race. While Ben Dyball (NSW-52:37.99) claimed bronze in his fourth top 10 finish in a row.

“I was a little bit nervous about today. Things haven’t been going well for me the last week. Some things have come unstuck,” said two-time Olympian Dennis.

“It was a little bit unknown of how I was going to go today. At the halfway point I was pretty stressed with Durbridge actually three seconds up on me.

“I knew I had an advantage with the aerodynamics into the head wind but you still don’t know how your going to come back into the last ten kilometers if your going to absolutely blow. I sort of did to be honest but I was lucky everyone else did the same.”

“Maybe I should just have bad luck before the race and I wouldn’t have it in the race. Obviously last year didn’t go to plan with luck but you have those years and you just have to take the good out of it and go ok, keep preparing like I did.”

“I’ve been lying to myself and a few others. Probably about five or six days ago I woke up at midnight and had a really sore throat and I’ve just been on antibiotics since,” Dennis revealed of his interrupted preparation with illness.

“I’ve kept it quiet and been telling myself it was sever hay fever but last night I had my sinuses and everything all blocked up. I was stressing a little bit.”

2016 time trial world championship bronze medallist Katrin Garfoot (QLD) demolished the field in warm conditions with a time of 43 minutes 5.2 seconds, to win the elite women’s time trial, her second in a row at the 2017 MARS Cycling Australia Road National Championships in Buninyong.

A favorite heading in to the race Garfoot, the last rider to start the 29.3 kilometer course overtook four riders on her way to the crown. Shara Gillow (QLD) who was gunning for a record equalling fifth title collected silver, one minute and 55 seconds behind, for her sixth medal in a row. Bronze went to Subaru National Road Series rider Kate Perry (VIC-46:19.32).

“I pushed harder out in the beginning then I wanted to and I knew I would pay for it in the end but as soon as I saw Shara and I knew I’d catch her, I settled down a little bit and realized I had her,” said Rio Olympian Garfoot.

“I knew mentally that would give me an advantage. I definitely left it all out there.”

“I was just hoping that it all came together today and it did. When there was only two kilometers to go I knew just to smash it and I did.”

In her first race of 2017, Garfoot was happy to start the new season with a win. “I’m defiantly happy with my performance today. Obviously there is always something to improve but at this stage I wouldn’t know what that is for this race because it just all came together.”

2014 junior world championship medallist Alex Manly (SA) emerged on top in a close battle for the under 23 crown with the podium places separated by just 15 seconds.

Manly’s time of 48 minutes and 39.28 seconds saw her overturn a two second deficit at the turn around point, to a five second advantage on Queensland’s Jaime Gunning with Ella Scanlan-Bloor (NSW) rounding out the podium a further 10 seconds back.

“I’m really happy with the race. Going into it I wasn’t sure how I was going on the road and still unsure what I got myself into,” said Oceania Track Championship medallist Manly. “I’m really happy it worked out in the end.”

“Going out, how did I handle it? I wasn’t thinking really too much about it I just [went] one hill at a time. I had Annemie Van Vleuten, our Dutchy in the car behind me, just really trying to get me to focus on each hill and just getting over that hill and then recover, then get over the next one and recover.”

“Coming back it really hurt and I think I struggled a bit mentally there. I had Annemiek in the car feeding me advice and she was the one who got me through.”

The elite and under 23 women now turn their attention to Saturday’s road race.