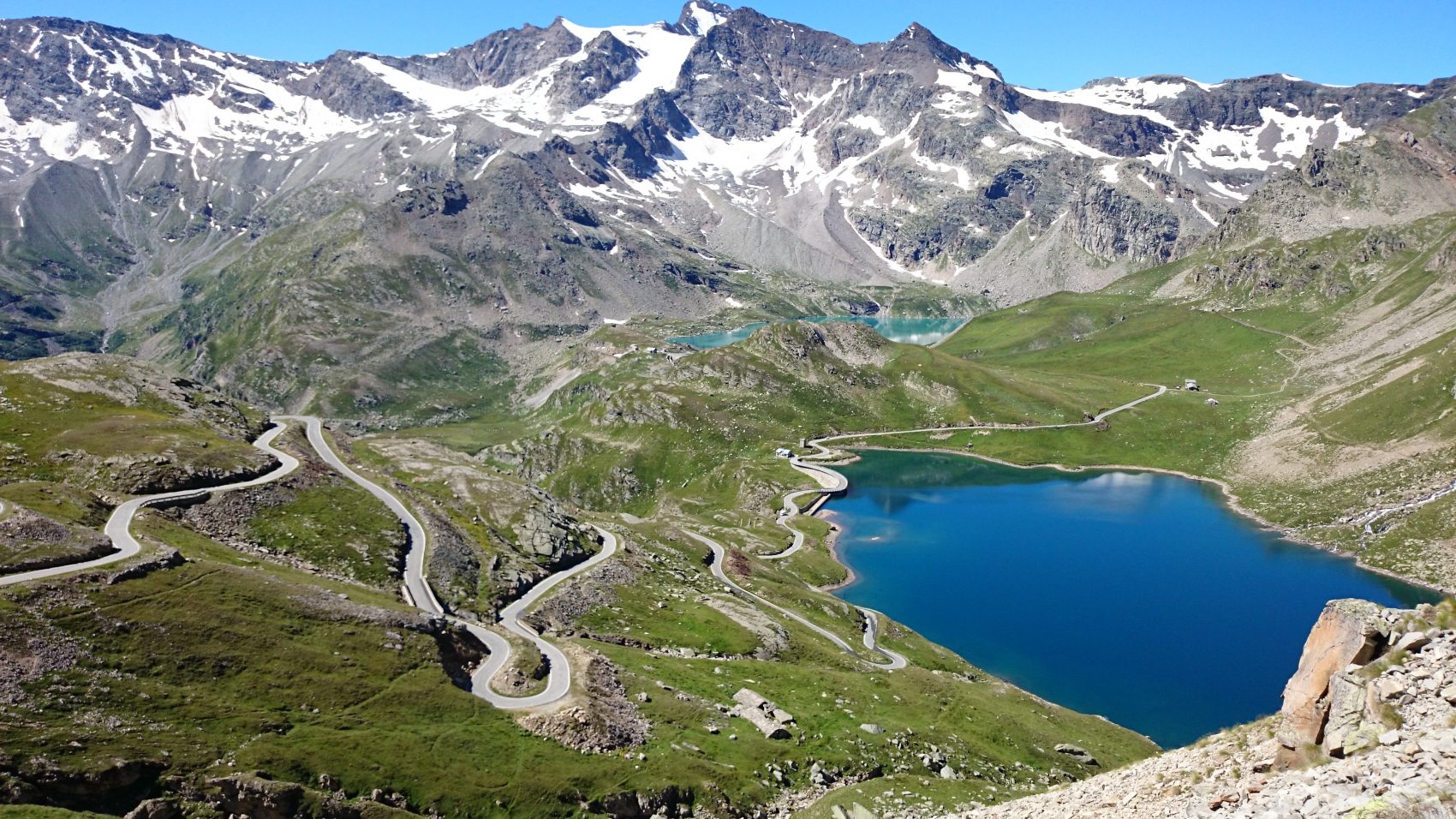 Deep in the heart of the Gran Paradiso National Park the Colle del Nivolet is one of Italy’s best kept secrets. At 2,612 meters elevation it’s one of the highest roads in Europe and yet it’s still virtually unknown which, to be honest, isn’t a bad thing……as long as you’re amongst the few that do know about it!

The original road took a decade to build from 1953-63 and now acts to serve the two hydroelectric dams that you pass. From Locana it feels like much more of a journey than simply a climb, and at 40 kilometers in length it’s not hard to imagine why.

The Orco valley is long and saps strength so focus on staying fuelled and well hydrated. With 14 kilometres covered your warm up is over as you hit 4 hairpins with pitches up to 15%. Shortly after it’s time to test your fear of the dark. Do you opt for a 3.5 kilometer tunnel or head for the old service road? Today I took the service road option. Granted, it’s in terrible condition and there are sections where some cyclocross skills would certainly be handy but in my opinion it beats the tunnel, and you can save that for the way back down when you’re in and out of it much quicker.

At Ceresole Reale it’s your last good chance to fill your bottles. If you need to take a breather do so here while enjoying the views of Lake Ceresole, there’s still 18 kilometers to go and this is where the true adventure begins.

Initially the road is wooded, offering a moment of respite from the summer sun but soon, as the road meanders back and forth, you can sense a real feeling of the great outdoors consuming your senses. Waterfalls, glaciers, mountain peaks and wildlife roaming free, these are the ingredients of legend, fairytale, or perhaps both?

On the upper slopes the 10% gradient easily feels double that as the wind tries harder and harder to hold you back. Persevere and you’re gifted with one of the most spectacular roads imaginable flanked with high alpine lakes and over 30 hairpin bends. The fact that this road has never been used by the Giro d’Italia, nor does it have worldwide fame, and it effectively leads to nowhere is all the better. It allows you to forget about everything else that’s going on in your world and concentrate on the most important thing in that present moment, the pure and simple act of riding your bike.